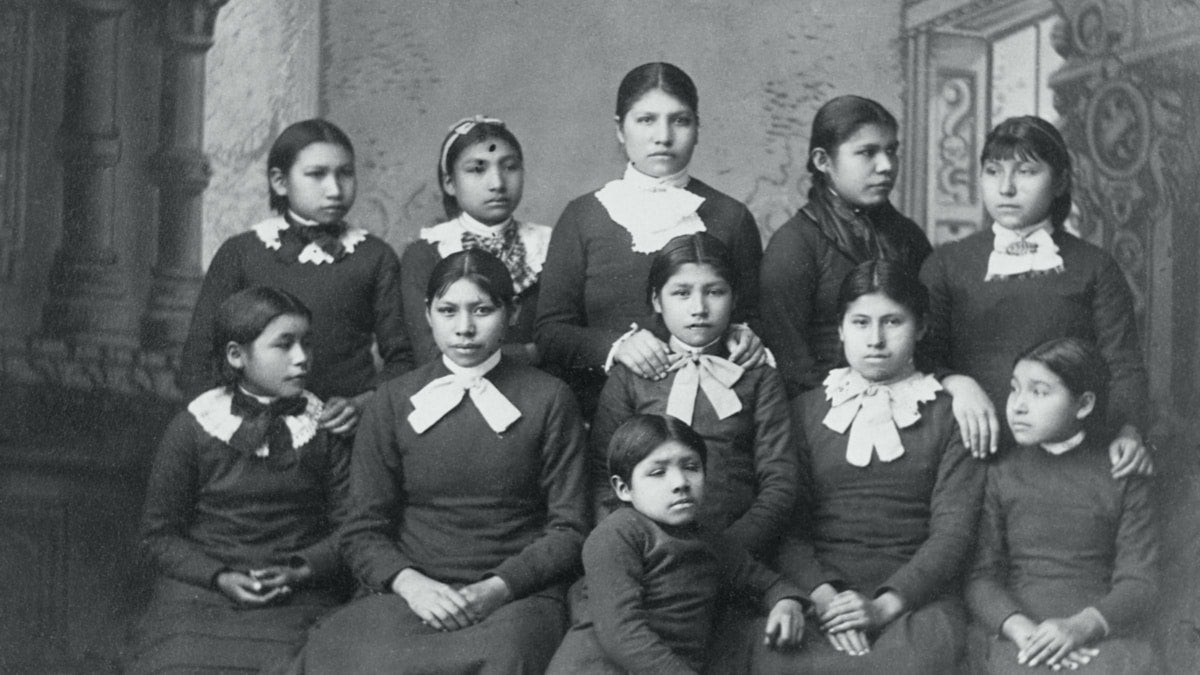 The bill, authored by Rep. Deb Haaland from New Mexico and Sen. Elizabeth Warren from Massachusetts, specifically addresses the “intergenerational trauma” caused by policies that tore Native American children away from their families and sent them to boarding schools to be educated in white culture, HuffPost reported.

The bill, called The Truth and Healing Commission on Indian Boarding School Policy in the United States Act, would create a formal inquiry to document how the government’s Indian boarding school policy amounted to cultural genocide as children were prevented from learning Indigenous traditions. Instead, the government forced them to assimilate into mainstream American culture.

According to HuffPost, the first-of-its-kind commission would be asked to find ways to improve the public’s awareness and incorporate that into public education. That way, future generations of Americans would have a better understanding of the government’s former policy and how its consequences continue to affect Native Americans.

“The Indian Boarding School Policy is a stain in America’s history, and it’s long overdue that justice is sought for victims of this policy who suffered unimaginable harm and thousands of Native families who remain impacted by this policy,” Warren said in a statement. “This is why I’m joining Congresswoman Deb Haaland in introducing legislation to formally investigate the past wrongs of the federal government’s practices of cultural genocide and assimilation and to respond to ongoing historical and intergenerational trauma devastating tribal communities today,” she added.

The issue hits close to home for Haaland, whose grandparents were separated from their family by the policy, HuffPost reports. She is one of only two Native American women that have ever been elected to Congress.

“Native people are resilient and strong, but the painful and traumatic history of genocide and forced assimilation by the federal government lives on in our communities and our people have never been able to fully heal,” Haaland said in a statement. “I know not many people are aware of the history of Indian boarding schools, and I know it’s not taught in schools — but our country must do better to acknowledge our real history and push for truth and reconciliation.”

The policy removed hundreds of thousands of Native American children from their families between 1869 and the 1960s — about 83 percent by 1926. The purpose of the policy was to “Kill the Indian, save the man,” according to The National Native American Boarding School Healing Coalition.

The children were sent to one of 367 boarding schools across 30 states, which resulted in “human rights violations including spiritual, physical, psychological, and sexual abuse and violence,” Haaland and Warren said in their statements.

The timing of the bill is meant to coincide with President Trump’s recent announcement that he would sign an executive order encouraging educators to teach America’s greatness instead of its misdeeds and cruelty, HuffPost reported.

The bill does have bipartisan support, with two Republicans from Oklahoma co-sponsoring the bill. However, the bill’s future is uncertain as Congress focuses on a new stimulus package and the upcoming election, HuffPost reported.