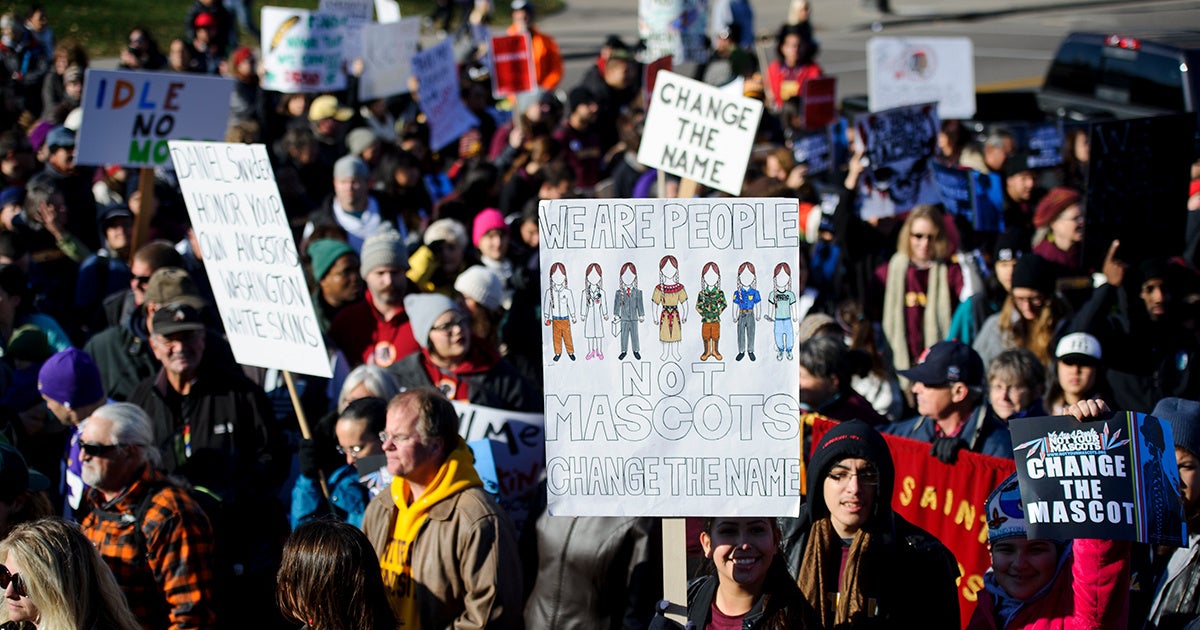 Maine Gov. Janet Mills signed a bill into law Thursday banning public schools or universities in the state from using Native American mascots, names or imagery. Mills’ action will make Maine the first state in the nation with such a ban once it goes into effect later this year, The Bangor Daily News reported.

Penobscot Nation Ambassador Maulian Dana told The Associated Press that the law was “a huge step toward trust and respect.”

The news comes a little less than a month after Mills signed another bill replacing Columbus Day with Indigenous Peoples’ Day.

The bill’s signing also comes around two months after the last Maine public school district to use such a mascot decided to retire it. The Skowhegan school board voted to stop using the “Indians” name and mascot after a debate lasting more than four years, The Portland Press Herald reported. At one point, disagreement grew so heated that five police officers were assigned to a school board meeting. While the board’s decision left open the possibility the name could be restored by a district-wide referendum, Thursday’s bill has now made that impossible.

Mills had run on a promise to improve the relationship between the state of Maine and the Native American tribes that call it home, including removing offensive mascots, according to The Portland Press Herald.

Mills’ statement on Thursday, reported by The Bangor Daily News, reflected this commitment:

“While Indian mascots were often originally chosen to recognize and honor a school’s unique connection to Native American communities in Maine, we have heard clearly and unequivocally from Maine tribes that they are a source of pain and anguish.”

“A mascot is a symbol of pride, but it is not the source of pride,” Mills said. “Our people, communities and understanding and respect for one another are Maine’s source of pride, and it is time our symbols reflect that.”

The leadership of the four Wabanaki tribes in Maine–the Penobscot Nation, the Passamaquoddy Tribe, the Aroostook Band of Micmacs and the Houlton Band of Maliseets–all opposed the Skowhegan mascot and supported the bill, The Portland Press Herald reported.

“Today and [from] now on, it is our collective responsibility to the next generations to promote each other as equals, as individuals, and most importantly, as neighbors,” non-voting Passamaquoddy Tribe representative Rena Newell told The Bangor Daily News.

While Maine’s bill is the first blanket ban by a state of the use of Native American names or mascots by public schools, Mills’ office told The Associated Press that California, Oregon and Wisconsin had similar restrictions. California passed a law prohibiting public schools from using the name “Redskins” specifically in 2015. The Oregon Board of Education originally ordered all public schools with Native American names or mascots to change them by 2017, but later amended the rule, saying the schools could keep the mascots if they secured permission from a federally recognized tribe in the state. Wisconsin passed a law in 2010 allowing the state school superintendent to ban race-based mascots if a resident of a district complained. However, a new law was passed in 2013 to make it so that a hearing about a mascot could only be triggered if ten percent of a district’s student body signed a petition complaining within 120 days.