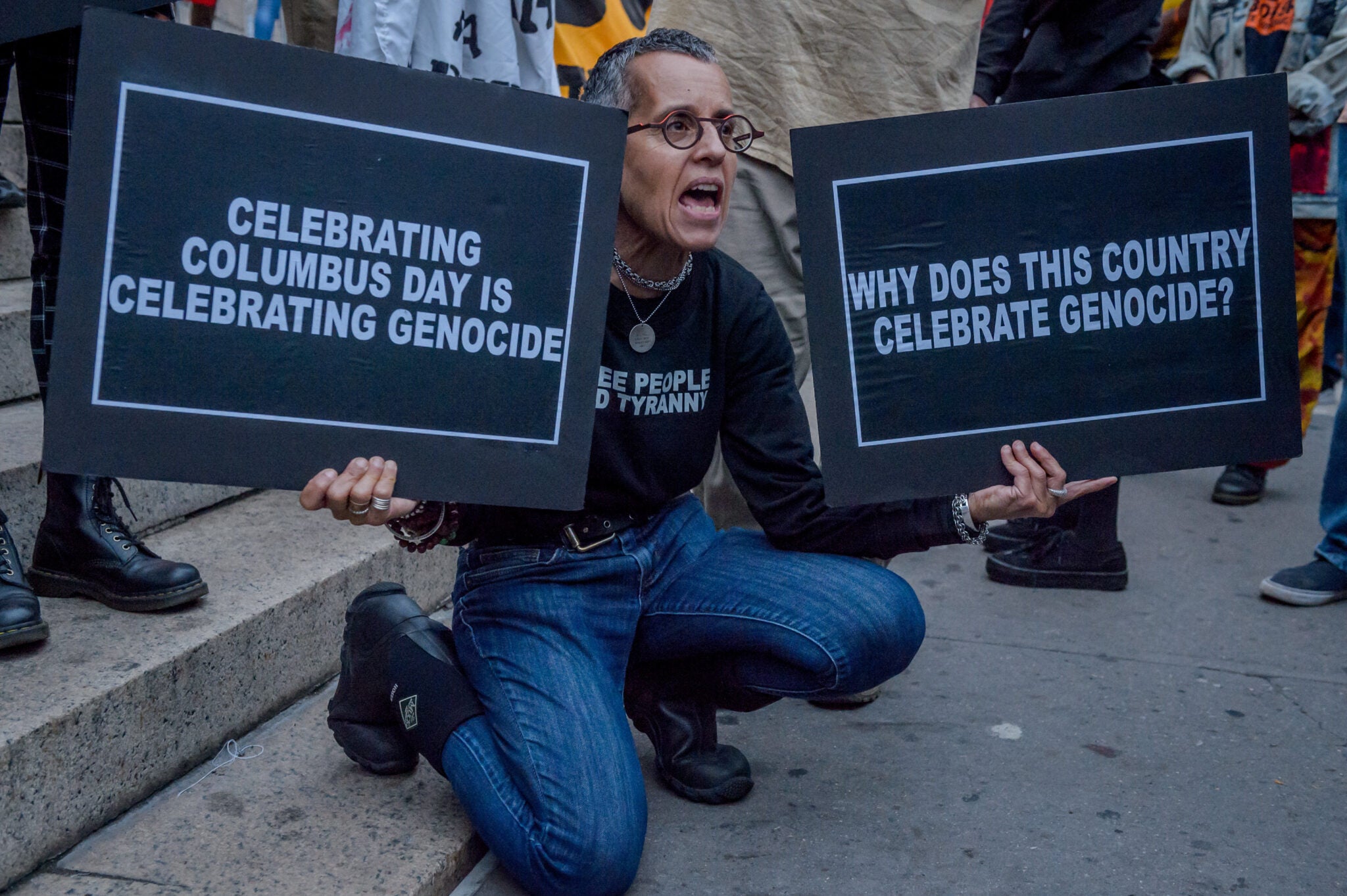 Maine became at least the seventh state in the U.S. to replace Columbus Day with a day honoring America’s first inhabitants on Friday when Governor Janet T. Mills signed a bill to renaming it Indigenous Peoples’ Day, The New York Times reported.

Oregon, Minnesota, South Dakota, Alaska, North Carolina and New Mexico have all renamed the holiday that falls on the second Monday of October, as have at least 130 cities and towns.

‘We are graciously appreciative of this measure that reflects a state that feels more welcoming and inclusive,” Penobscot Nation Ambassador Maulian Dana said at the signing, according to a statement from the governor’s office. “As the original stewards of these lands and waters we are happy that our ancestral ties and contributions are validated and celebrated instead of silenced and ignored by the previous holiday that glorified the attempted genocide of our Nations. Our past can be painful but our present and future can be brighter with acts of unity and honesty.”

There has been a growing movement to change the name of Columbus Day, which has been a federal holiday since 1934. Some activists say that celebrating it ignores the atrocities committed by Christopher Columbus and other European explorers against the indigenous people they encountered. A study released early this year found that so many Native Americans died from a combination of massacres and disease in the 16th and 17th centuries — around 56 million— that the earth’s climate actually cooled 0.15 degrees Celsius as agricultural land was abandoned back to forests and other plants.

“Our history is by no means perfect. But, for too long, it has been written and presented in a way that fails to acknowledge our shortcomings,” Mills said in a statement. “There is power in a name and in who we choose to honor. Today, we take another step in healing the divisions of the past, in fostering inclusiveness, in telling a fuller, deeper history, and in bringing the State and Maine’s tribal communities together to build a future shaped by mutual trust and respect.”

The bill to rename the day was sponsored by Portland Representative Benjamin Collings.

“I was privileged to bring this bill forward on behalf of Maine’s tribal community,” Collings said at the signing. “Maine’s tribes have played a vital role in building our state and will continue to influence our future. I am grateful to Gov. Mills for signing this bill today and paying tribute to those who truly deserve it.”

Dana told WGME that she had not expected the change to happen. The bill had failed to pass twice before.

The signing comes about a month and a half after Maine became the first state in the nation to stop using indigenous names and mascots in its schools, according to The Bangor Daily News. That was made official when the Skowhegan school board voted to stop using the nickname “Indians” for the district’s high school on March 7.

“We can’t rewrite history, but we can make it.” board member Derek Ellis said of the vote.

✊🏽we have removed the Skowhegan Indian mascot. pic.twitter.com/PQW2lwGER3

South Dakota was the first state to abandon the Columbus Day name in 1990, replacing it with Native Americans’ Day, according to The Argus Leader. Other states have adopted different solutions. Hawaii calls the day Discoverers’ Day in honor of the ancient Polynesians who first arrived on the islands. Washington State honors no federal holiday on the second Monday of October, and Oklahoma Governor Kevin Stitt signed a bill this month dedicating the day both to Columbus and indigenous Americans, The New York Times reported. A bill to switch the day to Indigenous Peoples’ Day has passed the Vermont state legislature but is yet to be signed.