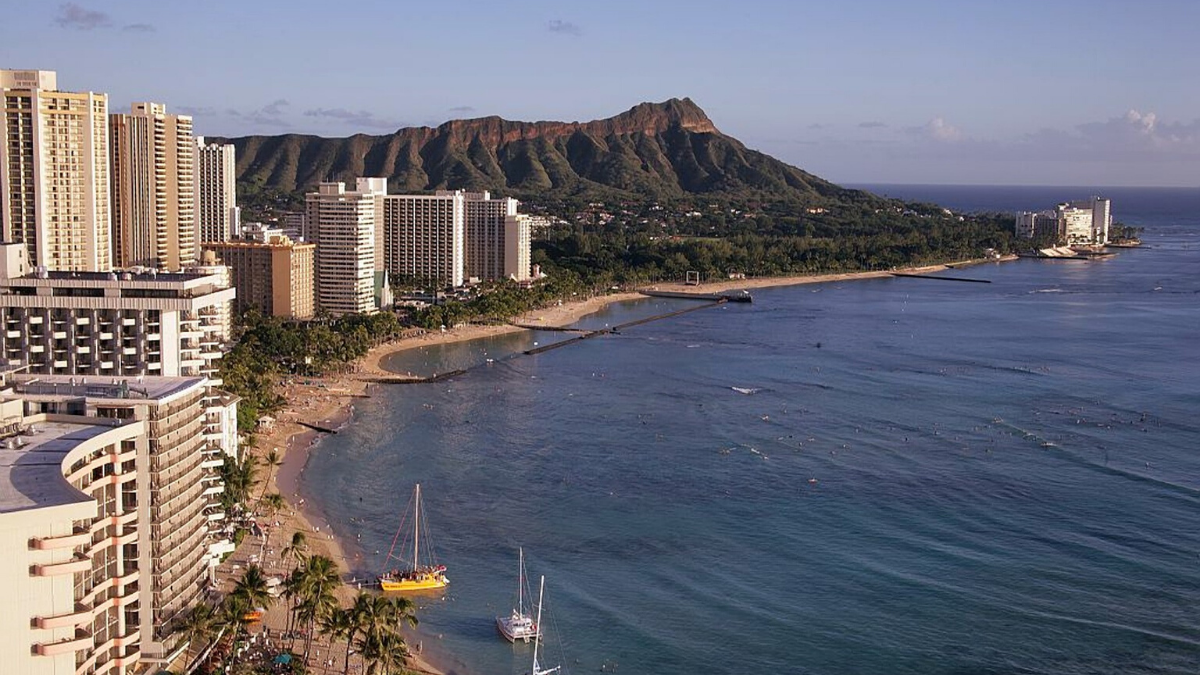 Hawaii has officially joined the fight to hold fossil fuel companies accountable for the climate crisis. On Monday the City of Honolulu filed a lawsuit against 10 oil and gas companies, seeking monetary damages to help pay for costs associated with climate impacts like sea level rise and flooding.

The lawsuit, filed in Hawaii state court, is based on claims of nuisance, failure to warn, and trespass and alleges that the climate impacts facing the city stem from the oil companies’ decades-long campaign to mislead policymakers and the public on the dangers of fossil fuels.

“For decades and decades the fossil fuel companies knew that the products they were selling would have tremendous damaging economic impacts for local governments, cities, and counties that our taxpayers are going to be forced to bear,” Honolulu’s chief resilience officer Josh Stanbro said at a press briefing outside the courthouse on Monday. “Instead of disclosing that information, they covered up the information, they promoted science that wasn’t sound, and in the process have sowed confusion with the public, with regulators, and with local governments.”

“This case is very similar to Big Tobacco lying about their products, as well as the pharmaceutical companies pushing an opioid epidemic,” added Council Budget Chair Joey Manahan.

Over a dozen cities, counties, and states across the country have filed climate liability lawsuits against fossil fuel producers. Two federal judges have dismissed cases brought by Oakland/San Francisco and by New York City; the cities are appealing those decisions. Four other federal judges have sent climate cases brought by Rhode Island, Baltimore, and communities in Colorado and California back to state court where they were originally filed. The fossil fuel companies want the cases in federal court where they believe they have an easier path to dismissal.

Honolulu now joins these communities that are turning to the courts to hold Big Oil accountable.

“This case that was filed this morning is really about accountability,” said Stanbro. “Someone has to hold accountable corporations that color outside the lines and don’t play by the rules. The place to hold them accountable is in court.”

Honolulu is already experiencing climate impacts including extreme heat and precipitation, severe storms and flooding, and coastal erosion. Last year was the hottest year on record for the city, and the warming trend is expected to continue. As cited in the complaint, Honolulu has already lost 25 percent of its beaches due to erosion and rising sea levels. And, as Department of Facility Maintenance Director Ross Sasamura mentioned during the press briefing, the city experiences nuisance flooding caused by rising seas’ extreme tidal influence.

“It’s going to cost us billions to make our island more resilient,” Manahan said during the briefing. “Sea level rise and climate change pose a great threat to our way of life, and our longstanding relationship with our island and our oceans.”

The state has estimated that elevating roads alone could cost billion. The island of Oahu has .9 billion in private property that is vulnerable to sea level rise.

“The costs are in the billions, and those billions should come from the profits, the billions and billions of dollars in profits that have been gained from the oil corporations,” Stanbro said.

Calling climate liability lawsuits a “fringe litigation movement,” Phil Goldberg, counsel for the Manufacturers’ Accountability Project, a project of the National Association of Manufacturers (NAM), had critical words for Honolulu in a statement: “Honolulu’s decision to move forward with litigation ignores the reality that these lawsuits have nothing to do with fighting climate change and will lead only to increased costs for local residents.” NAM has received more than a million dollars from the oil industry trade group the American Petroleum Institute.

Honolulu Mayor Kirk Caldwell initially announced the city’s intent to sue oil companies in November 2019, on the heels of an announcement by Maui County Mayor Michael Victorino to do the same. The Maui County Council recently voted to approve Victorino’s resolution to file a lawsuit, and Maui is expected to file its lawsuit soon.