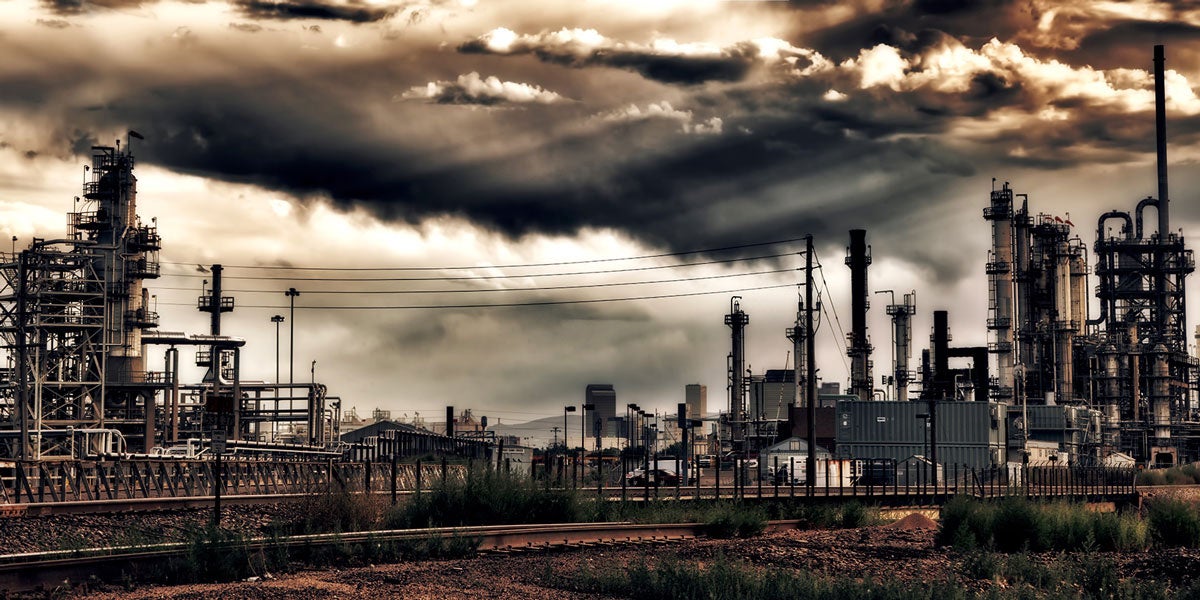 Two Colorado counties and the city of Boulder are suing ExxonMobil and Suncor Energy, Canada’s largest oil company, to hold them responsible for climate change-related damage to their communities.

The lawsuit, filed Tuesday in a state district court by Boulder, Boulder County and San Miguel County, is seeking compensation for damage and adaptation costs resulting from extreme weather events.

New York City and eight coastal California cities and counties, including San Francisco and Oakland, have filed similar lawsuits against ExxonMobil and other oil and gas companies, charging that they have injured their communities under common law. The Colorado suit is the first by an inland county or municipality.

“Climate change is not just about sea level rise. It affects all of us in the middle of the country as well,” said Boulder County Commissioner Elise Jones. “In fact, Colorado is one of the fastest warming states in the nation.”

The 1,300-square-mile San Miguel County sits in the southwest corner of the state on the Utah border. About a third of the county’s 8,000 residents live in Telluride, a well-known ski resort town. Boulder, 25 miles northwest of Denver, is the county seat of the 740-square-mile Boulder County and home to nearly a third of the county’s 319,000 residents. The three communities have been ravaged by costly climate-related extreme weather events, including wildfires and flash floods, according to the 100-page complaint. Likewise, each community has launched initiatives to curb carbon emissions and adapt to a changing climate.

The Colorado communities contend that ExxonMobil and Suncor were aware that their products caused global warming as early as 1968, when a report commissioned by the American Petroleum Institute (API), the U.S oil and gas industry’s premier trade association, warned of the threat burning fossil fuels posed to the climate. Subsequent reports and memos prepared for API and its member companies came to similar conclusions. Regardless, ExxonMobil and Suncor not only continued to produce and market fossil fuel products without disclosing their risks, the complaint charges, they also engaged in a decades-long disinformation campaign to manufacture public doubt and confusion about the reality and seriousness of climate change.

The plaintiffs want the two oil giants to “pay their share of the damage” caused by their “intentional, reckless and negligent conduct.” That share could amount to tens of millions, if not billions, of dollars to help cover the cost of more heat waves, wildfires, droughts, intense precipitation, and floods.

“Our communities and our taxpayers should not shoulder the cost of climate change adaptation alone,” said Boulder Mayor Suzanne Jones. “These oil companies need to pay their fair share.”

Over the last four decades, wildfires in the Rockies have been happening with greater frequency. According to a 2014 study by the Union of Concerned Scientists (UCS) and the Rocky Mountain Climate Organization (RMCO), the region experienced nearly four times as many wildfires larger than 1,000 acres between 1987 and 2003 than between 1970 and 1986.

Rocky Mountain trees also are being ravaged by bark beetles. Over the last 25 years, the UCS-RMCO report found, beetles have killed trees on regional forest land nearly equal in acreage to the size of Colorado itself. Heat and drought are taking a toll, too, exacerbating tree mortality. If global warming continues unabated, the region likely will become even hotter and drier, and the consequences for its forests will be even more severe.

The average temperatures in Colorado have increased more than 2 degrees F since 1983, according to a 2014 University of Colorado Boulder study, and are projected to jump another 2.5 to 5 degrees F by mid-century. That would have a devastating effect on the Colorado economy, which relies heavily on snow, water and cool weather. A 2017 study by the Natural Resources Defense Council and Protect Our Winters found that low-snow winters and shorter seasons are already having a negative impact on the state’s $5-billion ski industry, the largest in the country. Rising temperatures and drought, meanwhile, threaten the state’s $41 billion agricultural sector.

Both ExxonMobil and Suncor have substantial operations in Colorado. Since 1999, ExxonMobil has produced more than 1 million barrels of oil and 656 million metric cubic feet of natural gas from Colorado deposits, according to the complaint, and ExxonMobil subsidiary XTO Energy currently produces 130 million cubic feet of natural gas per day from more than 864 square miles across three Colorado counties. There are also at least 20 Exxon and Mobil gas stations in the state. All told, the company’s production and transportation activities in Colorado were responsible for more than 420,000 metric tons of global warming emissions between 2011 and 2015, according to the complaint.

Suncor gas stations, which sell Shell, Exxon and Mobil brand products, supply about 35 percent of Colorado’s gasoline and diesel demand. Suncor, whose U.S. headquarters is located in Denver, also owns the only oil refinery in the state, which produces 100,000 barrels of refined oil per day. According to the complaint, Suncor’s Colorado operations were responsible for 900,000 metric tons of carbon emissions in 2016 alone.

ExxonMobil and Suncor are among the 90 fossil fuel producers responsible for approximately 75 percent of the world’s global warming emissions from fossil fuels and cement between 1988 and 2015, according to the Climate Accountability Institute. Over that time frame, the two companies’ operations and products emitted 20.8 gigatons of carbon dioxide and methane.

“Based on the latest scientific studies, the plaintiffs in Colorado, as well as in California and New York City, can now show the direct connection between carbon emissions and climate-related damages,” said Kathryn Mulvey, climate accountability campaign director at UCS. “Given these companies’ significant contribution to climate change—and their decades of deception about climate science—it is long past time that they should be held accountable for the damage they have caused.”