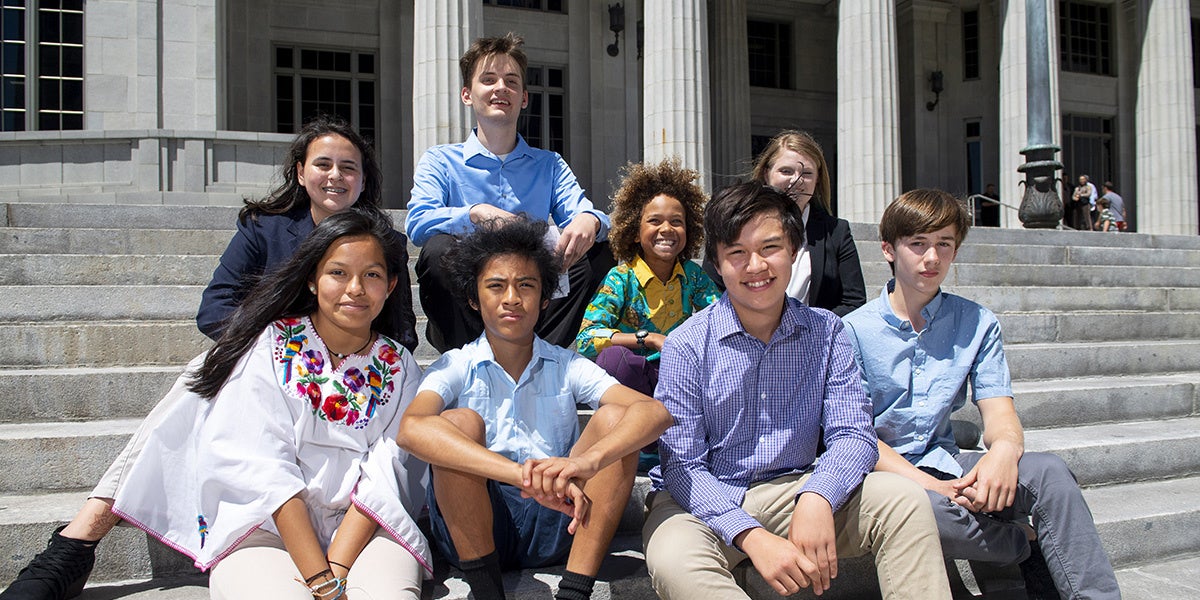 The scandal-plagued head of the U.S. Environmental Protection Agency (EPA) says he’s not sure whether “human activity … is a primary contributor to the global warming that we see.” The president has moved to pull the U.S. out of the landmark Paris climate agreement. And climate-science deniers and skeptics control Congress.

But that still leaves environmental advocates with one branch of government: the judiciary.

Greens are trying to use the courts to establish accountability for the damages associated with global climate change; a couple of new lawsuits and one important court ruling from just the last week show that the strategy has real promise.

On Tuesday, the city of Boulder, Colorado, along with Boulder County and San Miguel County filed a lawsuit in state court against ExxonMobil and Suncor (Canada’s largest oil firm), seeking to recover some of the costs associated with climate change impacts. The lawsuit says the Colorado communities are already bearing the costs of climate-change-related problems such as extreme rainstorms and flooding, more frequent and intense wildfires, and a declining snowpack. Big oil companies, the lawsuit contends, contributed to those impacts.

“By hiding what they knew about, and affirmatively misrepresenting the dangers of unabated fossil fuel use, the Defendants protected fossil fuel demand and obstructed the changes needed to prevent or at least minimize the impacts of climate change,” according to the lawsuit.

The case is just the latest attempt to try to hold the major carbon polluters responsible for climate change impacts. Eight California cities and counties are suing a range of fossil fuel companies—ExxonMobil, Chevron, Shell, BP and Peabody Coal, among others—for the costs of preparing for sea level rise. Last month, a federal judge in San Francisco who is handling four of those cases held an unprecedented climate tutorial that forced the major carbon polluters to admit in court that they accept the basic science of human-driven climate change. In January, New York City filed a similar case against the five largest publicly traded oil companies.

The Colorado case is a departure from earlier lawsuits, however; it doesn’t, for obvious reasons, focus on sea level rise. “These communities felt it was important to highlight the fact that climate change impacts are being felt everywhere, including far from the oceans,” Marco Simons, the general counsel at EarthRights International, which helped write the Colorado complaint, told Sierra. “This case shows that communities across the country are waking up to the reality, both the impacts they are facing from climate change and the responsibility of the fossil fuel industry to help pay for those injuries.”

The new Colorado case is also significant in that it opens up yet another legal arena in which the oil companies must play defense.

The announcement of the Colorado lawsuit came just four days after the Massachusetts Supreme Court delivered a major setback to ExxonMobil in another climate-change-related case. Massachusetts’s attorney general, Maura Healey, is investigating whether ExxonMobil may have violated the state’s consumer protection law by misleading its customers and investors about the impacts of climate change. In a 32-page opinion, the state’s highest court ruled that the case can move forward and that Healey has the authority to force ExxonMobil to deliver internal company documents. The justices appeared to go out of their way to highlight the high stakes involved in the case, writing, “The Attorney General’s investigation concerns climate change caused by manmade greenhouse gas emissions—a distinctly modern threat that grows more serious with time, and the effects of which are already being felt in Massachusetts.”

The state supreme court ruling comes about a month after a federal court made a similar ruling against ExxonMobil’s attempts to beat back the Healey investigation and a parallel investigation by New York attorney general Eric Schneiderman into whether the oil giant might have misled investors about the risks of climate change. In that ruling, a U.S. district court judge slammed ExxonMobil’s argument that it is the target of a conspiracy as “implausible.”

The California, Colorado, and New York City lawsuits, along with the two attorneys general investigations, are all focused on holding corporations liable for some of the damage caused by climate change. Meanwhile, some other climate-related cases are seeking to hold governments accountable for fueling global warming.

On Monday, eight Florida youths ages 10 to 19 filed a lawsuit against the state government and Governor Rick Scott, who has been cagey about whether he accepts the basic science of climate change. The lawsuit alleges that by contributing to greenhouse gas emissions, the state’s actions have violated the young plaintiffs’ constitutional rights to life, liberty, property, and the pursuit of happiness. In their complaint, the eight young people charge that, “the Defendants know that Plaintiffs are living under climatic conditions that create an unreasonable risk of harm but have not responded reasonably to this urgent crisis, and instead have affirmatively acted to exacerbate the climate crisis.”

The lawsuit was brought by Our Children’s Trust, which has sought to use a legal theory called the public trust doctrine to push similar cases in a total of nine states, including Washington, Oregon, Maine and North Carolina. Our Children’s Trust is also behind the landmark case targeting the federal government for exacerbating global warming. The 21 young plaintiffs in that case cleared a major procedural hurdle in March when a federal appeals court denied the government’s effort to dismiss the case. Just last week, a federal magistrate in Oregon set a trial date for that lawsuit: Arguments will begin Oct. 29 at the federal courthouse in Eugene.

Julia Olson, the lead attorney in that case, has promised that Juliana v. United States will be “the trial of the century.”

It’s a good line. But given the increasing flood of climate liability cases, it looks like there’s stiff competition for that honor.