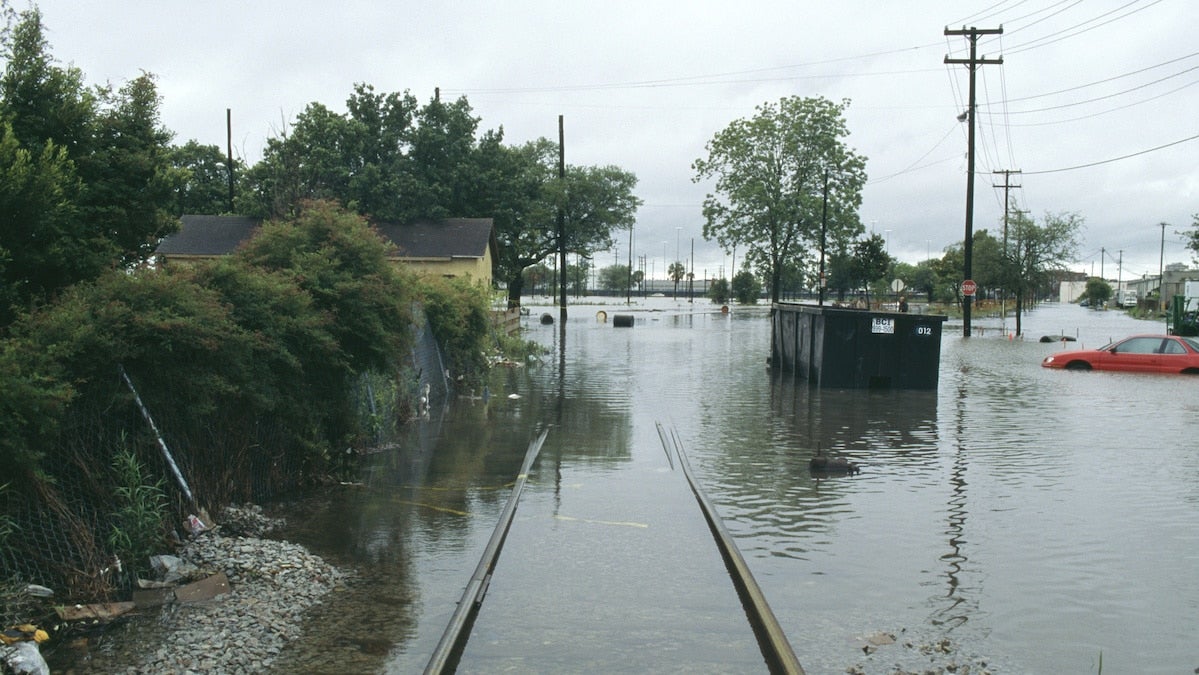 The number of flood days in Charleston, South Carolina has risen from around four to around 89 in the last 50 years. Diane Cook and Len Jenshel / The Image Bank / Getty Images Plus

The city of Charleston, South Carolina made history Wednesday when it became the first in the U.S. South to sue the fossil fuel industry for damages caused by the climate crisis.

The city sued 24 oil and pipeline companies, including major players like ExxonMobil, Chevron, BP and Royal Dutch Shell, The Post and Courier reported. The lawsuit contends that the companies knew that their products were heating the global climate but denied the fact in public. It further seeks to charge them for the costs of protecting Charleston from increased flooding and extreme weather events.

“As this lawsuit shows, these companies have known for more than 50 years that their products were going to cause the worst flooding the world has seen since Noah built the Ark,” Charleston Mayor John Tecklenburg said during a press conference announcing the suit, as Live 5 News reported. “And instead of warning us, they covered up the truth and turned our flooding problems into their profits. That was wrong, and this lawsuit is all about holding them accountable for that multi-decade campaign of deception.”

Charleston, a low-lying city built on a peninsula between three rivers, is especially vulnerable to sea level rise, according to The Associated Press. In the last 50 years, the city has gone from seeing around four flood days a year to almost 89, the suit contends. In addition, the city will feel the impacts of extreme weather events like heat waves and hurricanes. The suit was filed days before the third anniversary of Hurricane Irma, which inundated Charleston with a nearly 10-foot storm surge, the third highest in the city’s history.

Tecklenburg made his announcement in front of The Battery, where construction crews were working to lengthen an existing sea wall, The Post and Courier reported. The sea wall extension is the city’s first project to adapt to rising sea levels. Others include building more than 8,000 feet of new flood drainage tunnels and installing check valves to prevent tidal water from entering the city’s storm drain system, according to Live 5 News.

The city expects sea levels to rise two to three feet in the next 50 years and it predicts that adapting to these changes will cost billion, according to The Post and Courier. However, the lawsuit is not asking for a particular amount from the companies, instead hoping a jury will decide what is fair.

Many of the companies named in the suit did not reply to requests for comments. Those that did said that lawsuits were not the right way to address the climate crisis.

“Legal proceedings like this waste millions of dollars of taxpayer money and do nothing to advance meaningful actions that reduce the risks of climate change,” ExxonMobil spokesperson Casey Norton told The Associated Press.

Charleston is now the 21st U.S. community to disagree and file a lawsuit against big oil.

“With today’s filing, Big Oil is facing climate lawsuits on both coasts, in the Northeast, the Midwest, the South, the Rocky Mountains, and even Hawaii,” Center for Climate Integrity Executive Director Richard Wiles told The Post and Courier by email. “The public is ready to hold this corrupt industry accountable for causing and lying about climate change, and officials across the country are stepping up to take action.”

Charleston’s suit comes about a week after a similar lawsuit was filed by the city of Hoboken, New Jersey.

It was also followed one day later by another climate liability lawsuit from the state of Delaware Thursday.

🚨BREAKING: It's gonna be one of those weeks. Delaware is the latest state to announce another climate lawsuit against oil and gas companies. Third lawsuit in a week for those keeping count. #climatelitigation