2020 Great Barrier Reef Bleaching Event Is Most Widespread to Date 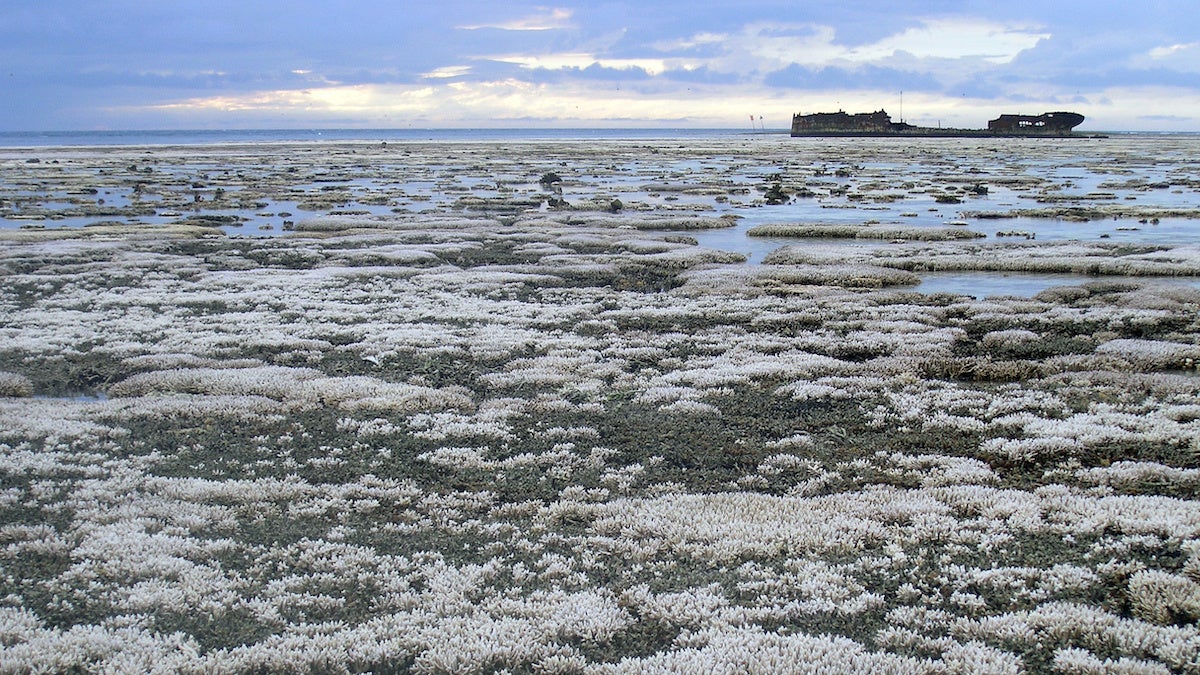 The Great Barrier Reef‘s third mass bleaching event in five years is also its most widespread, according to new data released Tuesday.

Professor Terry Hughes, director of the Centre of Excellence for Coral Reef Studies at James Cook University, spent nine days in a plane surveying 1,036 reefs from the air, The Guardian reported. He found that 25 percent of the overall reef was severely bleached. What’s more, he observed bleaching in the north, center and south of the reef for the first time.

#GreatBarrierReef research: First the north, then the middle, now widespread #coral bleaching including in the south. In just 5 years!

We are running out of time to curb anthropogenic heating.https://t.co/ou0W4n0Nl7 pic.twitter.com/aGPnx7vLFz

The Great Barrier Reef has suffered six mass bleaching events due to warmer than normal ocean temperatures: in 1998, 2002, 2006, 2016, 2017 and now 2020. While the 1998 and 2016 bleachings occurred during El Niño events, a natural climate variation that brings warmer than average ocean temperatures to the region, the 2002 and 2017 events did not, The Washington Post pointed out. Neither did this year’s, but it is the second most intense after 2016’s. This suggests warmer temperatures caused by the climate crisis are ultimately driving these events.

Coral bleaching occurs when heat stress causes corals to expel the algae that live within them, providing them both with food and their bright colors. When the algae leave, the corals lose those colors. If the algae stay away for too long, the corals can die.

2016 and 2017’s bleachings together killed around half of the corals in the reef. But Hughes told Australia’s ABC News that he didn’t know how deadly this year’s bleaching would be. He told The Guardian that the north and central portions of the reef would probably see less death because the less heat-resistant corals had already died off in 2016 and 2017.

But the south, which remained relatively untouched in previous years, was a different story.

“They hadn’t bleached before, which means there are more corals and more of the corals that are particularly susceptible to heat stress,” he told ABC News.

I'm not sure I have the fortitude to do this again. It's heartbreaking to see the #GreatBarrierReef decline so fast. pic.twitter.com/LHgP5cIAQW

This means the makeup of the reef is changing, but some of the losing corals include branching corals, which provide important habitat for many fish.

“Branching corals make all of the nooks and crannies that the rest of the biodiversity — the fish and so on — depend on,” he told ABC News. “So having fewer and fewer corals is having a much broader effect, not just on the corals themselves, but in the broader ecosystem.”

Hughes told The Guardian that only urgent climate action could save the reef.

“It’s not too late to turn this around with rapid action on emissions,” he said. “But business-as-usual emissions will make the Great Barrier Reef a pretty miserable place compared to today.”