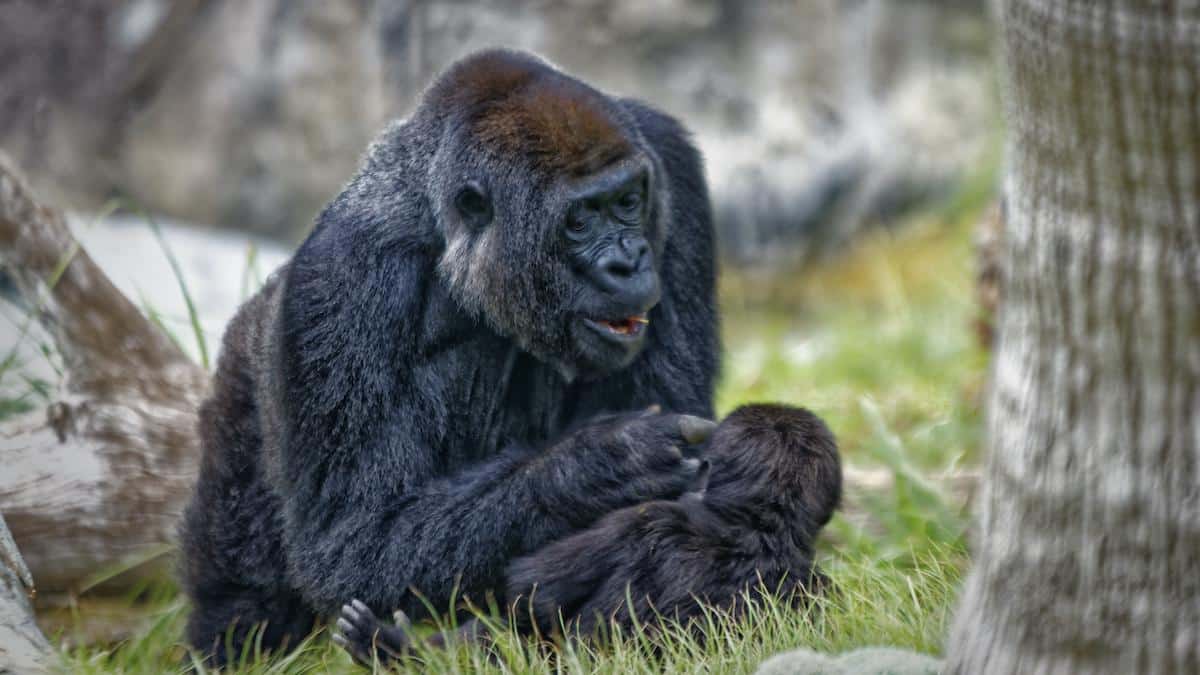 Gorillas at California’s San Diego Zoo Safari Park have tested positive for the new coronavirus, the zoo announced on Monday.

While studies have shown that primates can be infected with the virus that causes COVID-19, this is the first time the virus has been passed to great apes, as far as scientists are aware.

“Aside from some congestion and coughing, the gorillas are doing well,” San Diego Zoo Safari Park executive director Lisa Peterson said in the press release. “The troop remains quarantined together and are eating and drinking. We are hopeful for a full recovery.”

Members of our gorilla troop tested positive for SARS-CoV-2, the virus that causes COVID-19. Aside from some congestion and coughing, the gorillas are doing well and we are hopeful for a full recovery. Read the full update: https://t.co/HIezWKBFxG pic.twitter.com/MAkPYPzxWP

Zoo staff first became concerned about the gorillas Jan. 6 when two of them began coughing. So they sent fecal samples to the California Animal Health and Food Safety Laboratory System (CA HFS) to test them for SARS-CoV-2, the virus that causes COVID-19. Preliminary tests did show that the virus was present in the troop Jan. 8. The United States Department of Agriculture’s (USDA) National Veterinary Services Laboratories (NVSL) then confirmed the presence of the virus in three gorillas on Monday. However, Peterson told The Associated Press Monday that eight gorillas who live together are all believed to be infected.

The zoo suspects the infection first passed to the gorillas from a member of their care team, who also tested positive for the virus. The individual was asymptomatic and wore a mask around the gorillas at all times. The zoo has been closed to the public since Dec. 6, NBC7 San Diego reported.

“There is some question: Did it come human-animal? That’s being determined and want us to respect that process,” California Gov. Gavin Newsom said, as NBC7 San Diego reported. “But nonetheless, that’s long been a concern – human to animal transmission – but our beloved gorillas, obviously, we are concerned about.”

The zoo noted it is unclear how the gorillas will react to the virus, since it has never been observed in apes before. However, conservationists have been concerned since the pandemic started that the disease might spread to great apes. Gorillas have been known to die of human respiratory viruses like the common cold. In March of 2020, 27 experts from the Great Ape Health Consortium wrote an open letter calling for all great ape tourism to pause and for field work to be reduced to protect wild gorillas from catching the new disease.

The gorillas in San Diego are western lowland gorillas, according to The Associated Press. Poaching and disease have decreased this type of gorilla’s population by more than 60 percent in 20 years, the World Wildlife Fund said.

For now, the San Diego gorillas are receiving vitamins, fluids and food, but they are being monitored by veterinarians and the zoo is talking to experts who have treated coronavirus in humans in case the gorillas get worse. Any information the zoo officials acquire will be shared with scientists, health officials and conservationists to protect gorillas in the wild.

While no other great apes have contracted the virus, it has spread to other zoo animals, mostly large cats, The Guardian reported. All of them have recovered. The virus has also been reported in farmed and wild minks and some cats and dogs.

The USDA said that the risk of animals passing the virus to people is currently considered low, but encouraged those who are infected or think they may be infected to stay away from pets or other animals.

Director of viral diagnostics at the University of California San Francisco Charles Chiu told the San Francisco Chronicle that the important thing to determine from a public health perspective was if the gorillas had all contracted the virus from one person or spread it amongst themselves. The latter would be much more serious.