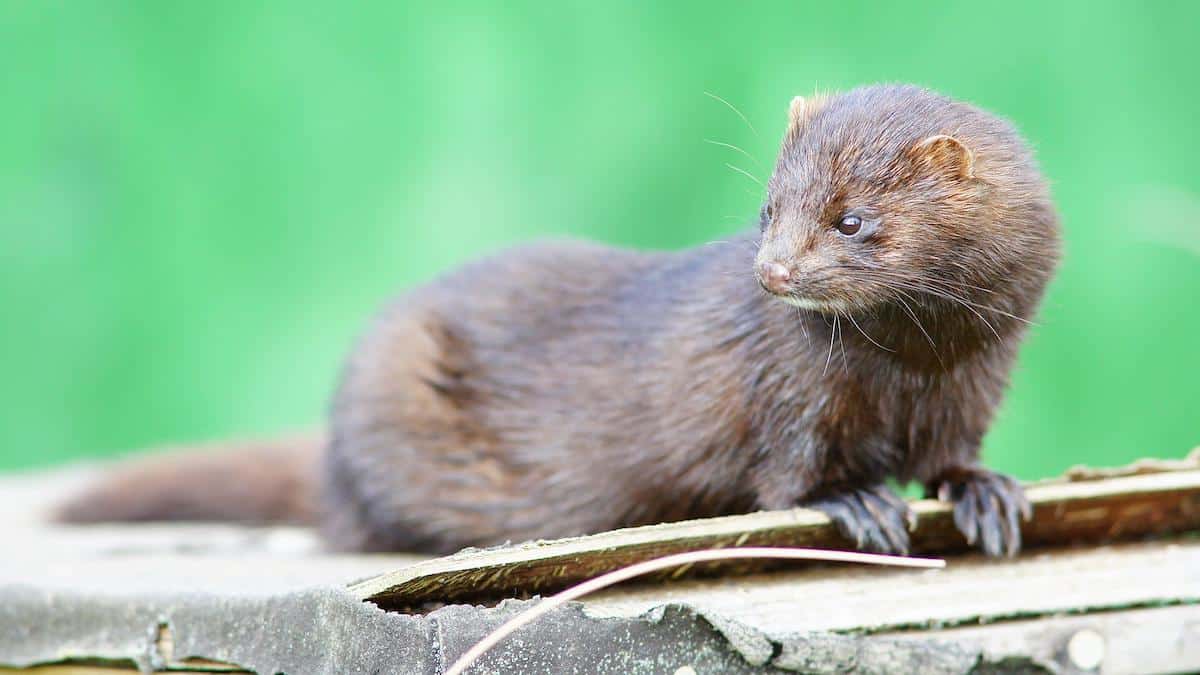 A wild mink in Utah was the first wild animal in the U.S. found with COVID-19. Peter Trimming via Wikipedia, CC BY-SA

More disturbing, in December the United States Department of Agriculture confirmed the first case of a wild animal infected with SARS-CoV-2, the virus that causes COVID-19. Researchers found an infected wild mink in Utah near a mink farm with its own COVID-19 outbreak.

Are humans transmitting this virus to wildlife? If so, what would this mean for wild animals – and people too?

How Viruses Hop Between Species

We are two scientists who study viruses in wildlife and are currently running a study investigating the potential for SARS-CoV-2 transmission from humans into domestic and wild animals.

When viruses move from one species into another, scientists call it spillover. Thankfully, spillover doesn’t occur easily.

To infect a new species, a virus must be able to bind to a protein on a cell and enter the cell while dodging an immune system the virus hasn’t encountered before. Then, as a virus works to avoid antibodies and other antiviral attackers, it must replicate at a high enough volume to be transmitted on to the next animal.

This usually means that the more closely related two species are, the more likely they are to share viruses. Chimpanzees, the species most closely related to humans, can catch and get sick from many human viruses. Earlier this month, veterinarians at the San Diego Zoo announced that the zoo’s troop of gorillas was infected with SARS–CoV–2. This indicated it is possible for this virus to jump from humans to our close relatives.

Some viruses tend to stay in a single species or in closely related species, while other viruses seem innately more capable of large species jumps. Influenza, for example, can infect a wide variety of animals, from sparrows to whales. Similarly, coronaviruses are known to regularly jump between species.

The question of how many and which species can be infected by SARS-CoV-2 – and which ones might be able to support continued circulation of the virus – is an important one.

Searching for COVID-19 in Wildlife

For human-to-wildlife spillover of SARS-CoV-2 to occur, an animal needs to be exposed to a high-enough viral dose to become infected.

The highest-risk situations are during direct contact with humans, such as a veterinarian’s caring for an injured animal. Contact between a sick person and a pet or farm animal also poses a risk, as the domestic animal could act as an intermediate host, eventually passing the virus to a wild animal.

Another way COVID-19 could spill over from humans into animals is through indirect infection, such as through wastewater. COVID-19 and other pathogens can be detected in waste streams, many of which end up dumped, untreated, into environments where wildlife like marine mammals may be exposed. This is thought to be how elephant seals in California became infected with H1N1 influenza during the swine flu pandemic in 2009.

To study whether spillover of SARS-CoV-2 is happening, our team at Tufts is partnering with veterinarians and licensed wildlife rehabilitators across the U.S. to collect samples from and test animals in their care. Through the project, we have tested nearly 300 wild animals from over 20 species. So far, none – from bats to seals to coyotes – have shown any evidence of COVID-19 by swab or antibody tests.

Other researchers have launched targeted surveillance of wild animals in places where captive animals have been infected. The first confirmed infection in a wild mink was found during surveillance near an infected mink farm. It’s not yet clear how this wild mink got the coronavirus, but the high density of infected minks and potentially infectious particles from them made it a high-risk location. 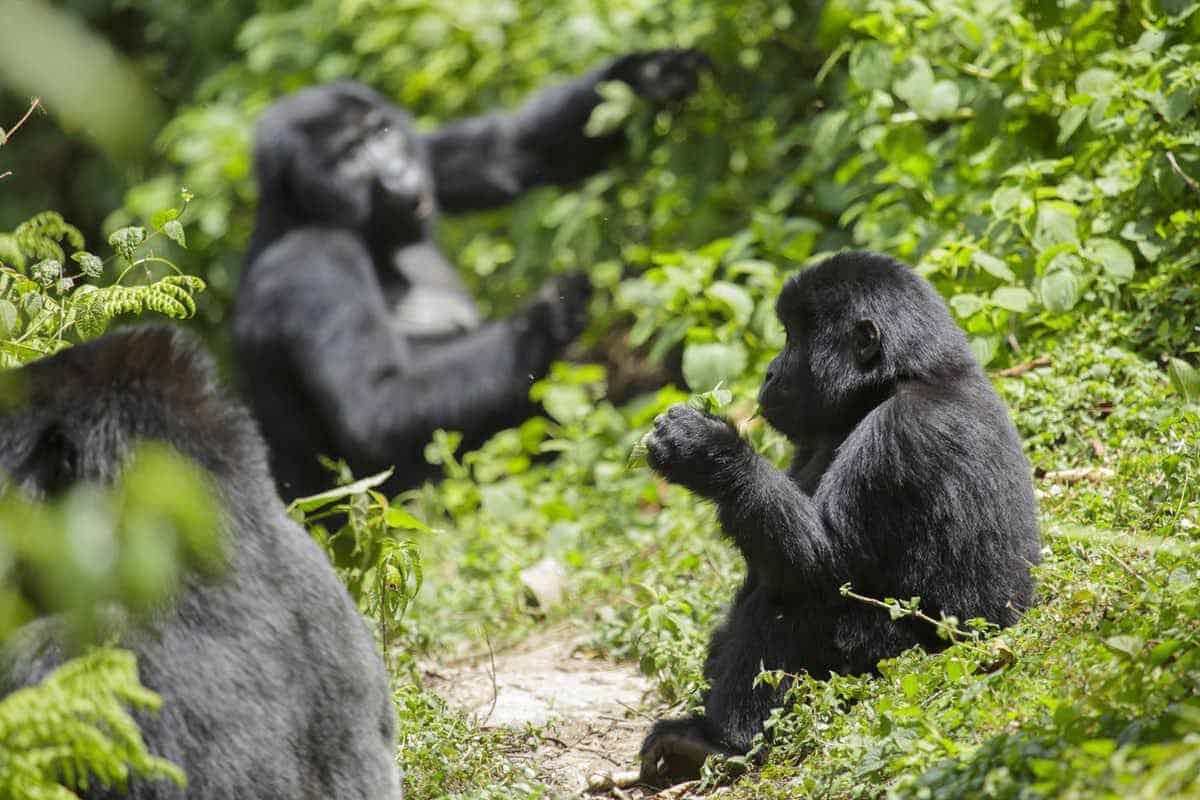 Gorillas have been affected by human viruses in the past and are susceptible to the coronavirus. Thomas Fuhrmann via Wikimedia Commons, CC BY-SA

Bad for Animals, Bad for Humans

When a virus infects a new species, it sometimes mutates, adapting to infect, replicate and transmit more efficiently in a new animal. This is called host adaptation. When a virus jumps to a new host and begins adapting, the results can be unpredictable.

In late 2020, when SARS-CoV-2 jumped into farmed mink in Denmark, it acquired mutations that were uncommon in humans. Some of these mutations occurred in the part of the virus that most vaccines are designed to recognize. And it didn’t just happen once – these mutations independently arose in mink farms multiple times. While it’s not yet clear what impact, if any, these mutations may have on human disease or the vaccine, these are signs of host adaptation that could allow novel variants of the virus to persist and reemerge from animal hosts in the future.

Another risk is that SARS-CoV-2 could cause disease in animals. Ecologists are especially concerned about endangered species like the black-footed ferret, which is closely related to minks and thought to be very susceptible to the virus.

Human-to-wildlife spillover has happened before. In the late 20th century, the Ebola virus jumped from humans into great apes and has resulted in devastating consequences for these endangered animals. More recently, a human respiratory virus has been detected in threatened mountain gorilla populations and has caused deaths as well.

But perhaps the biggest risk to humans is that spillover could result in the coronavirus establishing a reservoir in new animals and regions. This could provide opportunities for reintroduction of COVID-19 into humans in the future. This month researchers published a paper showing that this had already happened on a small scale with human–to–mink–to–human transmission on mink farms in Denmark.

While our team has found no evidence of COVID-19 in wild animals in the U.S. at this time, we have seen convincing evidence of regular spillover into dogs and cats and some zoo animals. The discovery of the infected wild mink confirmed our fears. Seeing the first wild animal with natural COVID-19 is alarming, but sadly, not surprising.

Jonathan Runstadler is a professor of infectious disease and global health at the Cummings School of Veterinary Medicine, Tufts University.