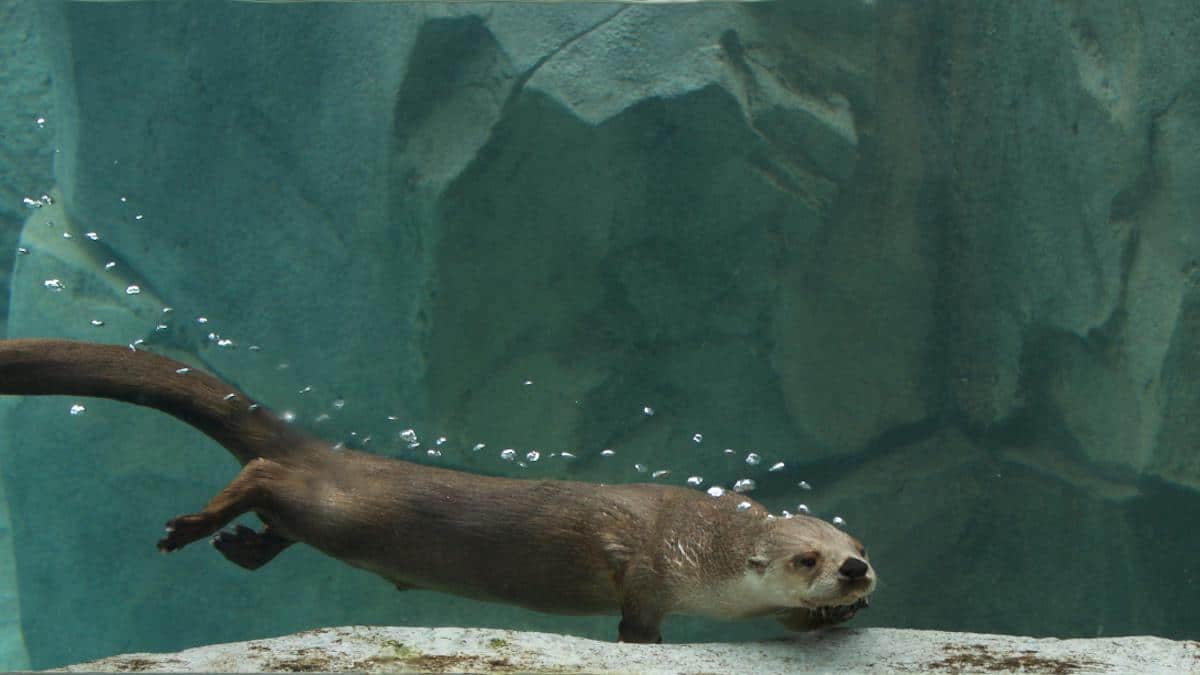 The state’s Division of Wildlife Resources (DWR) put out a call Monday asking Utah residents to report any sightings of the animals whose numbers in the state are still unknown.

“River otters are important because they are an indicator of how healthy the aquatic environment is around Utah,” DWR non-game mammals coordinator Kim Hersey said in Monday’s announcement. “They have a low tolerance for polluted water and require an abundant prey population. Knowing where they are located around the state is vital to helping us manage this species. Anglers and other river recreationists are on the water a lot and can help us understand the distribution of otters throughout the state by reporting any sightings.”

The kind of otter native to Utah is the northern or North American river otter (Lontra canadensis). They have long, sleek, muscular bodies and short legs, according to Smithsonian’s National Zoo & Conservation Biology Institute. Their fur is brown to gray, and adult males grow to be 10 to 33 pounds and 2.5 to five feet long.

These riparian mammals originally ranged throughout most of the U.S. and Canada, but they were hunted and trapped for furs in the 19th and 20th centuries, according to the National Wildlife Federation. This rendered them locally extinct in portions of their range, but they have been successfully reintroduced in many places, and their population is considered stable by the International Union for Conservation of Nature (IUCN) Red List. That said, they are still at risk from pollution and habitat destruction.

The northern river otter’s history in Utah has followed a similar pattern. They never lived in high numbers in the state, according to DWR, and this was made worse by excessive trapping by early settlers and habitat change caused by development.

This began to change in 1899, when DWR’s precursor classified them as rare and the legislature voted to ban the hunting and trapping of the mammals. In 1989, DWR decided to augment the state’s otter population by relocating 67 of them and introducing them to the Green River in eastern Utah between 1989 and 1992. In the 2000s, additional otters were reintroduced to the Strawberry, Escalante and Provo rivers.

However, otters old and new are still hard to track down.

“Due to their secretive nature, wide ranges, and low densities, otter populations are difficult to monitor and there is not a population estimate, currently,” DWR wrote.

The agency is asking anyone who sees an otter or signs of an otter such as tracks and feces to send a photo or video along with a location to utahotters@gmail.com.

“The data from these sightings will help us update the state river otter management plan,” Hersey said. “Before we can plan for the future, we need a good idea of the current status of otters in the state. Based on these reported sightings, we will follow up with targeted surveys to gather additional information on otter populations. It will also help us identify areas without otters that may be candidates for future transplant populations.”