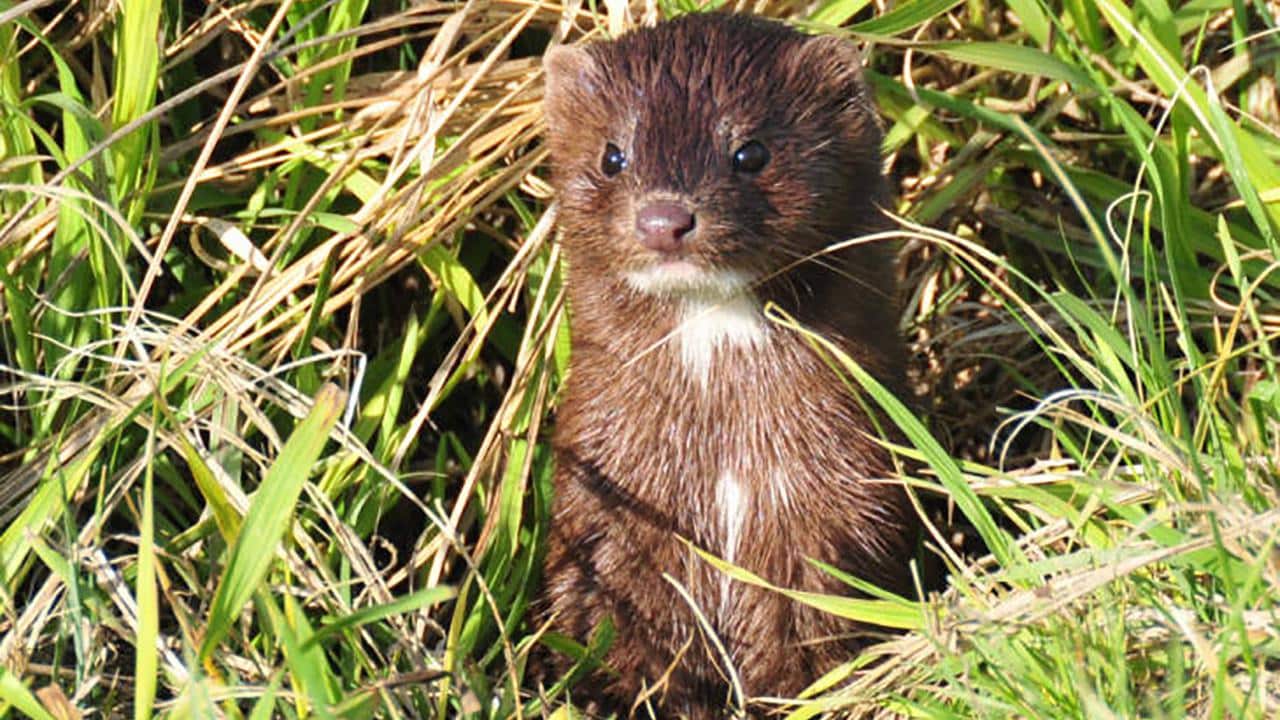 A mink in Utah has become the first wild animal in the world to test positive for the new coronavirus, according to an alert sent out Sunday by the International Society for Infectious Diseases.

In the alert, the U.S. Department of Agriculture (USDA) National Veterinary Services Laboratories confirmed a positive test result and noted that the genome of the virus was identical to that found in nearby mink farms. This prompted animal welfare organizations to renew their call for an end to fur farming.

“We have been making the case since the beginning of the pandemic for ending cruel confinement practices like fur farming because animals held in cramped, crowded spaces are far more likely to contract and spread dangerous diseases that can jump to humans,” Humane Society of the United States (HSUS) President and CEO Kitty Block and Humane Society Legislative Fund President Sara Amundson wrote in a blog post Monday. “As the pandemic has progressed, we have seen these fears turn to reality.”

Mink have proven to be extremely susceptible to the virus that causes COVID-19. Cases have been reported at mink farms in 11 countries and four U.S. states, including Utah, Block and Amundson noted. In the Netherlands and Denmark, there has been evidence of the farmed mink passing the virus back to humans. This led Denmark to cull all of its mink after a mutated strain of the virus was discovered in both mink and humans.

The Utah wild mink case does not appear to signal an immediate public health threat, according to experts. Thomas DeLiberto & Susan Shriner of the USDA’s Animal and Plant Health Inspection Service wrote in the notice that there was no evidence the virus was spreading in wild animal populations surrounding mink farms in Utah or other states. Researchers tested animals living around mink farms with virus outbreaks in Utah, Michigan and Wisconsin between August 24 and October 30, but only the one mink tested positive. They have informed the World Organisation for Animal Health of the finding.

“Finding a virus in a wild mink but not in other wildlife nearby likely indicates an isolated event, but we should take all such information seriously,” Tony L. Goldberg of the University of Wisconsin-Madison School of Veterinary Medicine told The New York Times. “Controlling viruses in people is ultimately the best way to keep them from spreading to animals.”

The Swedish National Veterinary Institute has additionally said that the spread of coronavirus among wild mink or from escaped mink does not pose an additional threat to humans beyond human-to-human transmission, according to Block and Amundson.

However, conservation groups are worried about the impact the disease could have on wild animal populations if it is allowed to spread. The virus has already been found in household cats and dogs, as well as in big cats in U.S. zoos, BBC News reported. This included a Bronx Zoo tiger.

“Scientists have worried that the coronavirus would be passed from escaped factory farmed mink to wild mink,” Center for Biological Diversity environmental health program director Lori Ann Burd told The Salt Lake Tribune. “Given the risk that this nightmare scenario is unfolding in Utah, we urge officials in every state with mink farms to take aggressive measures to ensure that this horrible disease does not decimate wildlife populations.”

Further, animal welfare groups see the incident as yet another reason to end an industry that is already harmful to animals. Block and Amundson noted that the Netherlands has moved up its date for phasing out mink fur farming from 2024 to this year, and France has also announced a ban on the practice. Further, the world’s largest fur auction house announced it would close down next year.

The pair called on other countries, including the U.S., to follow suit.

“With the pandemic bringing nothing but bad news from fur farms—and with the fur industry already in sharp decline around the world due to disappearing consumer demand—there is not one good reason to keep the business of fur alive, at such great cost to public health and animal welfare,” they wrote.