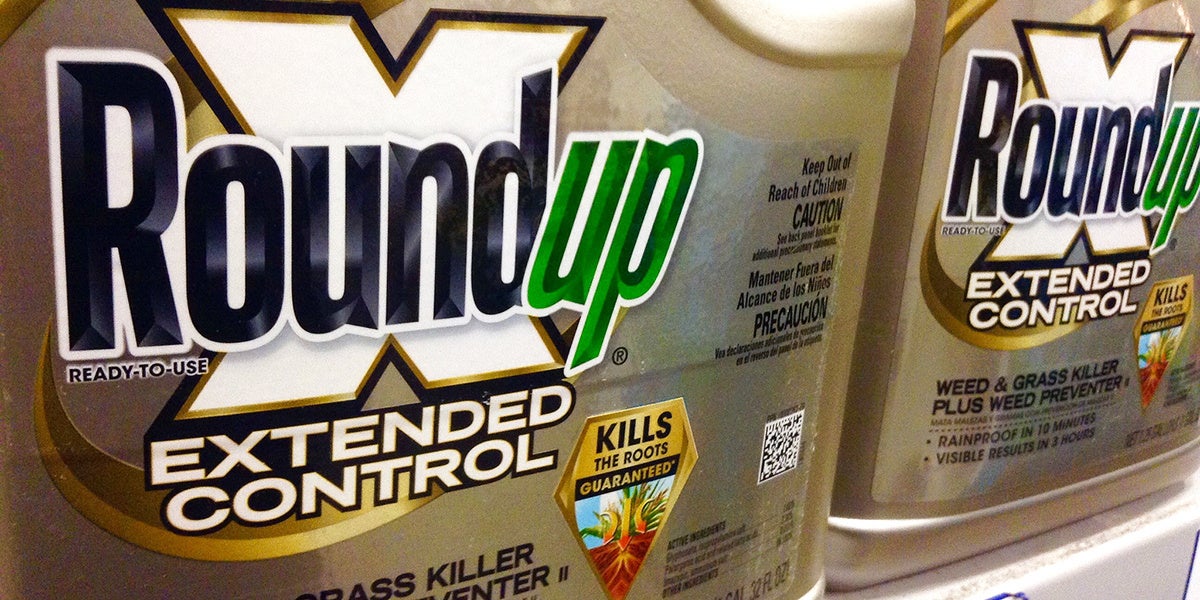 California is officially adding glyphosate, the key ingredient in Monsanto’s Roundup herbicide, to the state’s list of chemicals and substances known to cause cancer.

Before we dive into the weeds in terms of what the listing does and doesn’t mean, and may or may not lead to, let’s take a moment to recognize that this is a landmark decision in the ongoing battle against Monsanto’s flagship weedkiller.

Every activist who has engaged in this fight deserves to take a moment to bask in this victory.

It’s not everything we need, or everything we want—but California’s decision, upheld by the courts, represents a major step forward in a decades-long fight expose the truth about Roundup and protect the public from its cancer-causing effects.

The full impact of the decision remains to be seen. How much glyphosate will need to be present before a product is required to carry a warning? How many foods will exceed the glyphosate residue limits set by California’s Office of Environmental Health Hazard Assessment (OEHHA)?

Will Monsanto find a way to keep those warnings off all labels? Including foods and weedkillers?

Time will tell. And activists will need to remain vigilant.

But for now, it’s celebration time.

It was more than two years ago, in March 2015, that the World Health Organization’s (WHO) International Agency for Cancer Research (IARC) said glyphosate is “probably carcinogenic” to humans.

The ruling by the 17-member international panel of scientists was unanimous. That didn’t stop Monsanto from attacking the ruling, going so far as to call it “junk science.”

Over Monsanto’s objections, IARC’s decision triggered a move by California’s OEHHA to add glyphosate to the list of cancer-causing chemicals the agency keeps as required under California’s Safe Drinking Water and Toxic Enforcement Act of 1986, better known as Proposition 65. Under Prop 65, businesses must warn Californians about significant exposures to chemicals that cause cancer, birth defects or other reproductive harm.

Predictably, Monsanto went to court to stop the listing, But on June 22, a judge for the U.S. District Court, Northern District of California sided with OEHHA, clearing the way for the July 7 listing.

Monsanto didn’t go down without a fight—a dirty fight, as usual. In a last-ditch move to keep glyphosate off the Prop 65 list—and cancer warnings off products that contain glyphosate—the agribusiness giant got a Reuters reporter to write a misleading article aimed at undermining IARC’s decision. The Reuters piece was swiftly debunked.

The Devil’s In the Details—or Is It In the Weeds?

Monsanto has vowed to keep fighting. Meanwhile California has set the date—July 7—for adding glyphosate to the Prop 65 list. But that’s just the first step.

Before manufacturers can be required to add cancer warnings to labels, OEHHA has to determine what is called a “No Significant Risk Level”—in other words, how much glyphosate has to be present before it’s considered a risk, and therefore a manufacturer has to provide a warning?

Before we go any farther, let’s just point out that there are credible scientists, and credible studies suggesting that there are no safe levels of glyphosate. Period. We consulted our science advisors, who pointed to several studies confirming the “no safe level” argument. For instance, there’s this one: “Transcriptome profile analysis reflects rat liver and kidney damage following chronic ultra-low dose Roundup exposure,” by Mesnage et al., 2015, published in Environmental Health, which finds potential adverse effects from glyphosate exposure at 0.05 parts per billion (PPB).

Our scientists also suggested reading this report: especially pp. 14-15, for a discussion on why the U.S. Environmental Protection Agency’s (EPA) ADI (allowed daily intake) of 1.75 mg/kg body weight/day is bad.

Back to reality. California will surely decide on some (as opposed to no) safe level. But it will take time—maybe a year, according to this CNN report:

If the OEHHA sets its standards based on the federal EPA, we have no chance of seeing warning labels on food. If they base the decision on studies that show, for instance, that .1ppt stimulated the growth of breast cancer cells, then it is very possible we will see labels, not only on Roundup, but on many other products, as well.

In other words, under Prop 65, some food—not just weedkillers—may require cancer warnings, depending on how much glyphosate residue they contain. Again, from CNN:

Recent tests from the Canadian Food Inspection Agency have revealed levels from 3,000-6,000 parts per billion on garbanzo beans and wheat. The FDA has found 1.67 parts per million on infant oatmeal cereal. If a baby ate just three ounces of that food four times a day, it would consume 15,000 times more glyphosate than the rats in Michael Antoniou’s Glyphosate study, that contracted liver disease in one day.

CNN also reported, and our experts agreed, that under Prop 65, Monsanto could get away with cancer-warning signs on store shelves, rather than labels on the products. Not ideal.

Whatever the levels set by OEHHA and the loopholes exploited by Monsanto, make no mistake: Getting glyphosate listed under California’s Prop 65 is huge, especially when considered in the context of all the other pressure being exerted right now on Monsanto.

Consider all of this:

1. Court battles pull back the curtain on Monsanto’s corrupt activities.

The fact that more than 1,000 plaintiffs are involved in dozens of lawsuits alleging that exposure to Roundup caused them or their families to develop non-Hodgkin lymphoma (a potentially deadly cancer) is compelling enough. Especially when a mainstream media outlet like CNN, often silent when it comes to challenging the corporate establishment, takes notice. That in itself is a win for consumers.

But the bigger win may be what those lawsuits are doing to shed light on Monsanto’s sustained campaign to bury the truth about its deadly products.

In March, the New York Times, citing court documents, reported on possible collusion between former EPA officials and Monsanto employees to hide the facts about the health risks of glyphosate:

The court documents included Monsanto’s internal emails and email traffic between the company and federal regulators. The records suggested that Monsanto had ghostwritten research that was later attributed to academics and indicated that a senior official at the Environmental Protection Agency had worked to quash a review of Roundup’s main ingredient, glyphosate, that was to have been conducted by the United States Department of Health and Human Services.

The revelations confirmed consumer suspicions that Roundup isn’t “safe” and validated the opinions of scientists who question its safety. They’ve triggered an calls in Europe for further investigation.

Thanks to the work of reporters studying court documents, the EPA has stepped in. On May 31, the agency’s inspector general responded to Rep. Ted Lieu’s (D-Calif.) call for an investigation into possible collusion between Monsanto and EPA officials. (Organic Consumers Association also called for an investigation. We haven’t heard back).

The EPA may just be going through the formalities to appease Lieu and his constituents. But even if that’s true, it’s still a sign that consumers are getting through to an agency that has historically been aggressively pro-Monsanto.

3. Consumers are fighting back through the courts, too.

Monsanto and Big Food have long been allies in the campaign to hide GMOs and the pesticides used to grow them, from consumers. Will the Junk Food Giants reconsider their position, if they, too, get dragged through the courts?

The Organic Consumers Association, along with other groups, have been testing food products for glyphosate, and taking companies to court for falsely marketing their products as “natural” and “100% Natural.” Pending cases include the one against General Mills’ Nature Valley granola bars, and another against Sioux Honey. Both products contain glyphosate. (A recent study from Canada revealed glyphosate in 30 percent of the food products tested).

OCA also sued Monsanto directly for false labeling of Roundup, as have consumers in Wisconsin.

As the lawsuits flow, and more evidence comes to light about the toxic impact of glyphosate on human health (including bad outcomes for pregnant moms and their babies), the U.S. Food and Drug Administration has been shamed into testing foods for glyphosate residues—a project it had previously abandoned.

Progress may seem slow, given that we’ve been challenging glyphosate for more than 20 years. But it all adds up. We should be encouraged.

In the meantime, consumers can pressure retail stores to stop selling Roundup, and Scotts Miracle Gro, exlcusive retail distributor of Roundup, to dump it.

And of course, we should all keep the pressure on the EPA to ban glyphosate, for good.