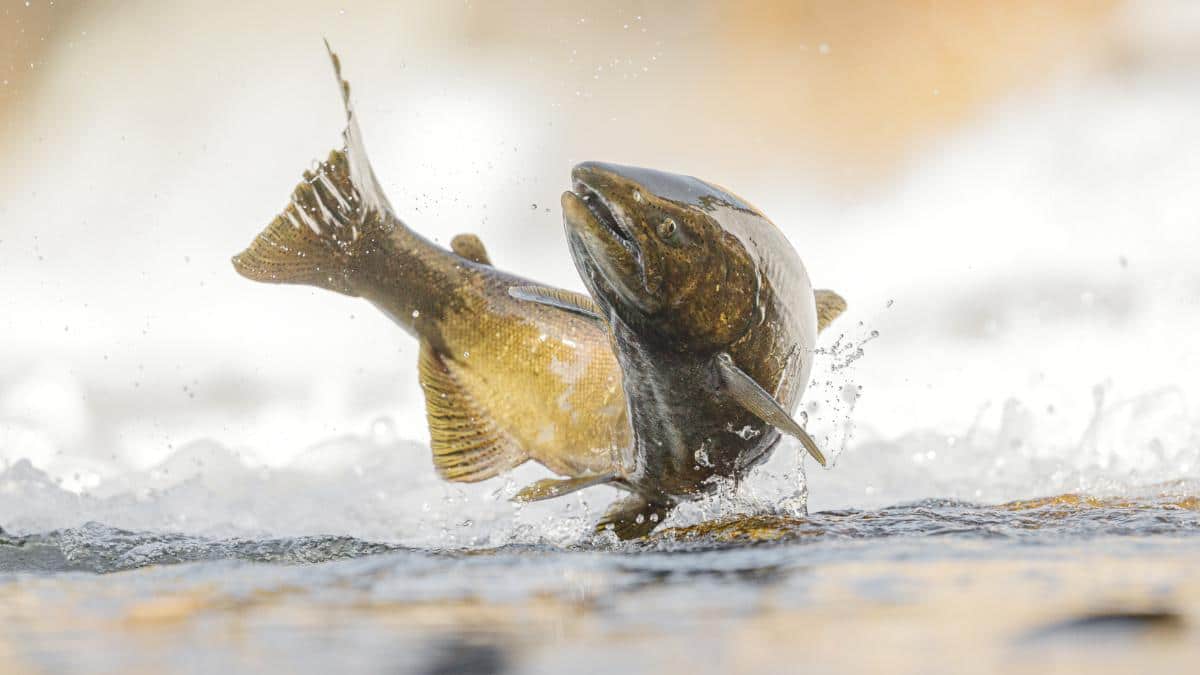 The numbers of migratory freshwater fish such as salmon have declined 76 percent since 1970. Mike Bons / 500px / Getty Images

The latest warning of the Earth’s mounting extinction crisis is coming from its lakes and rivers.

A new report from a coalition of 16 conservation groups warns that almost a third of freshwater fish species face extinction because of human activity.

“Nowhere is the world’s nature crisis more acute than in our rivers, lakes and wetlands, and the clearest indicator of the damage we are doing is the rapid decline in freshwater fish populations. They are the aquatic version of the canary in the coal mine, and we must heed the warning,” Stuart Orr, WWF global freshwater lead, said in a statement Tuesday announcing the report.

WWF is one of the many organizations behind the report, along with the Alliance for Freshwater Life, Conservation International and The Nature Conservancy, to name a few. Together, the groups emphasized the incredible diversity of the world’s freshwater fish and their importance for human wellbeing.

There are a total of 18,075 freshwater fish species in the world, accounting for 51 percent of all fish species and 25 percent of all vertebrates. They are an important food source for 200 million people and provide work for 60 million. But their numbers are in decline. The IUCN Red List of Threatened Species has declared 80 to be extinct, 16 of those in 2020 alone. The numbers of migratory freshwater fish such as salmon have declined 76 percent since 1970, while mega-fish such as beluga sturgeon have fallen by 94 percent in the same time period. In fact, freshwater biodiversity is plummeting at twice the rate of biodiversity in the oceans and forests.

Despite this, freshwater fish get much less attention than their saltwater counterparts, the report authors say. Titled “The World’s Forgotten Fishes,” it argues that policy makers rarely consider river wildlife when making decisions.

The main threats to freshwater fish include building dams, syphoning river water for irrigation, releasing wastewater and draining wetlands. Other factors include overfishing, introducing invasive species and the climate crisis.

“As we look to adapt to climate change and we start to think about all the discussions that governments are going to have on biodiversity, it’s really a time for us to shine a light back on freshwater,” Orr told NBC News.

To protect these forgotten fishes, the report authors outlined a six-point plan:

They also called on world leaders to include freshwater ecosystems in an ambitious biodiversity agreement at the upcoming UN Convention on Biological Diversity conference in Kunming, China.

But the solution will require more than just government action.

“It’s now more urgent than ever that we find the collective political will and effective collaboration with private sector, governments, NGOs and communities, to implement nature-based solutions that protect freshwater species, while also ensuring human needs are met,” Carmen Revenga of The Nature Conservancy told BBC News.