Black Lives Depend on the U.S. Dietary Guidelines. Don’t Water Them Down 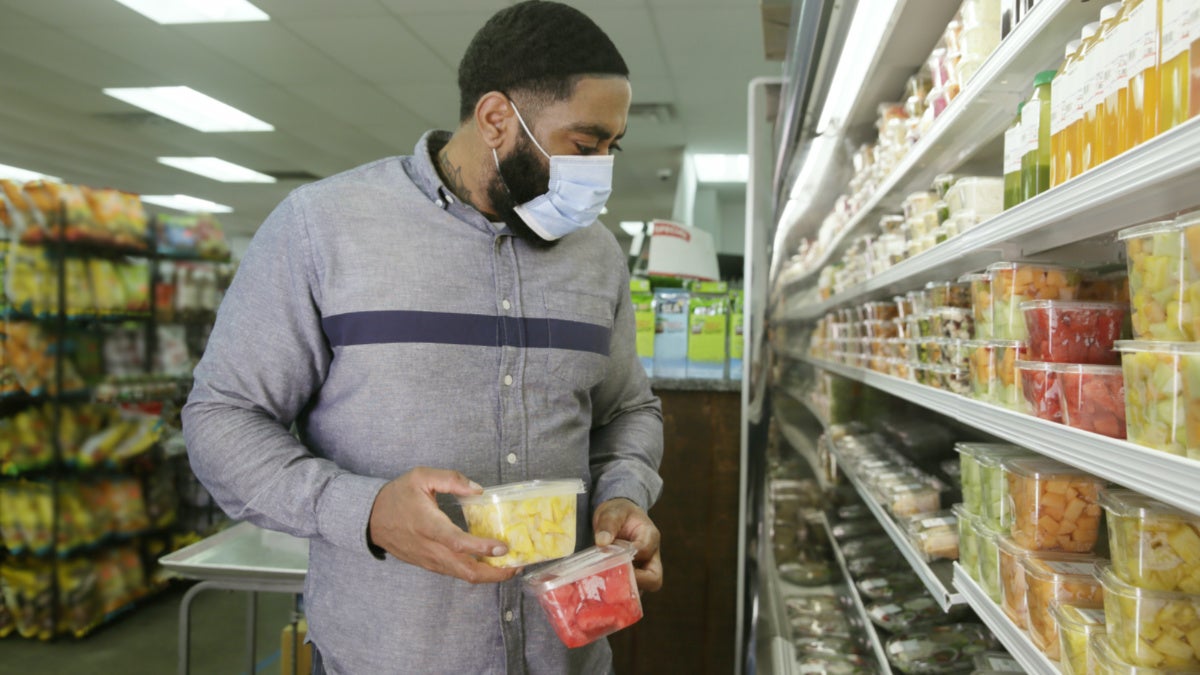 Black Americans are dying from Covid-19 at more than twice the rate of white Americans, and at younger ages, partly due to poor diets that make bodies less resistant to the coronavirus. Mireya Acierto / Getty Images

Most Americans know about the Dietary Guidelines for Americans primarily through their colorful representations: the original food pyramid, which a few years ago morphed into MyPlate. The guidelines represent the government mothering us to choose the healthiest vegetables, grains, sources of protein, and desserts, and to eat them in the healthiest portions.

As innocuous as the food pyramid and MyPlate seem, they are actually a matter of life and death.

The Dietary Guidelines for Americans are, by law, updated every five years. They are often criticized for not clearly and directly condemning red and processed meat and sugar-sweetened beverages, not noting the environmental impact of those foods, and for being heavily influenced by food companies. But the recently released 835-page final draft from the 2020 Dietary Guidelines Advisory Committee, the independent group of nutrition experts charged with the 2020 update, actually represents an important advance for Black Americans.

Poor diets kill nearly 320,000 Americans a year, from heart disease, stroke, type 2 diabetes, and other chronic conditions. That exceeds the combat death toll of 291,000 U.S. soldiers in World War II. In a nation where 42% of Americans are obese, this is of particular gravity to Black Americans, half of whom are obese.

Sugar added to prepared foods and beverages contribute to weight gain. The average American consumes 22 teaspoons of added sugar a day. That’s 350 calories, or more than 17% of the recommended 2,000-calorie daily diet. The most common sources of added sugar in the American diet are sugar-sweetened beverages, cookies, cake, candy, and ice cream.

This year’s Dietary Guidelines Advisory Committee recommended nearly halving daily sugar intake, from less than 10% of daily calories, as recommended in the 2015 guidelines, to less than 6%. The committee also advises that children under age 2 not be given juice or other sugar-sweetened beverages.

This disparity is brought into even sharper focus by Black Americans dying from Covid-19 at more than twice the rate of white Americans, and at younger ages, partly due to poor diets that make bodies less resistant to the coronavirus. And along with other people of color, they are also overrepresented in so-called essential jobs, in which social distancing is very difficult.

Black Americans need science-based dietary guidelines in an acute way as they disproportionately benefit from federal nutrition programs that are mandated to follow the guidelines, such as school breakfast and lunch programs. For example, 74% of Black children are eligible for school lunch programs, compared to 29% of white children. Other guideline-following programs include Supplemental Nutrition for Women, Infants and Children (WIC); the Nutrition Services Program, mandated under the Older Americans Act; and nutrition programs administered by the Departments of Defense and Veterans Affairs.

If the recommendations by the advisory committee are approved by the Department of Health and Human Services and the U.S. Department of Agriculture and become part of the 2020 Dietary Guidelines for Americans, they will ultimately be reflected in healthier offerings in federal programs. These could go a small way toward righting America’s wrongs by offering African Americans healthier diet options.

But to make this success stand up, people need to make sure that the USDA and HHS hear their voices. The public can comment on the draft report until Aug. 13.

The Dietary Guidelines Advisory Committee’s report then goes into what in the past has been an almost invisible process where corporate food lobbyists and members of Congress who receive heavy food industry contributions often push back hard against the committee’s science-based recommendations. As my colleague and nutrition expert Walter Willett once wrote, the advisory committee’s report is “yanked this way and that by competing powerful interests, few of which have your health as a central goal.”

The 2015 advisory committee, for example, directly said that Americans should eat less processed red meat, replace sugar-sweetened beverages with water, and that the environmental sustainability of food production should be factored into the guidelines. The language around those issues was either watered down or deleted.

Americans, and particularly Black Americans, cannot afford another watering down of the recommendations. While we are understandably consumed with the horrific death toll of Covid-19, we cannot forget that so many of the deaths are compounded by a poor diet.

Reposted with permission from STAT.