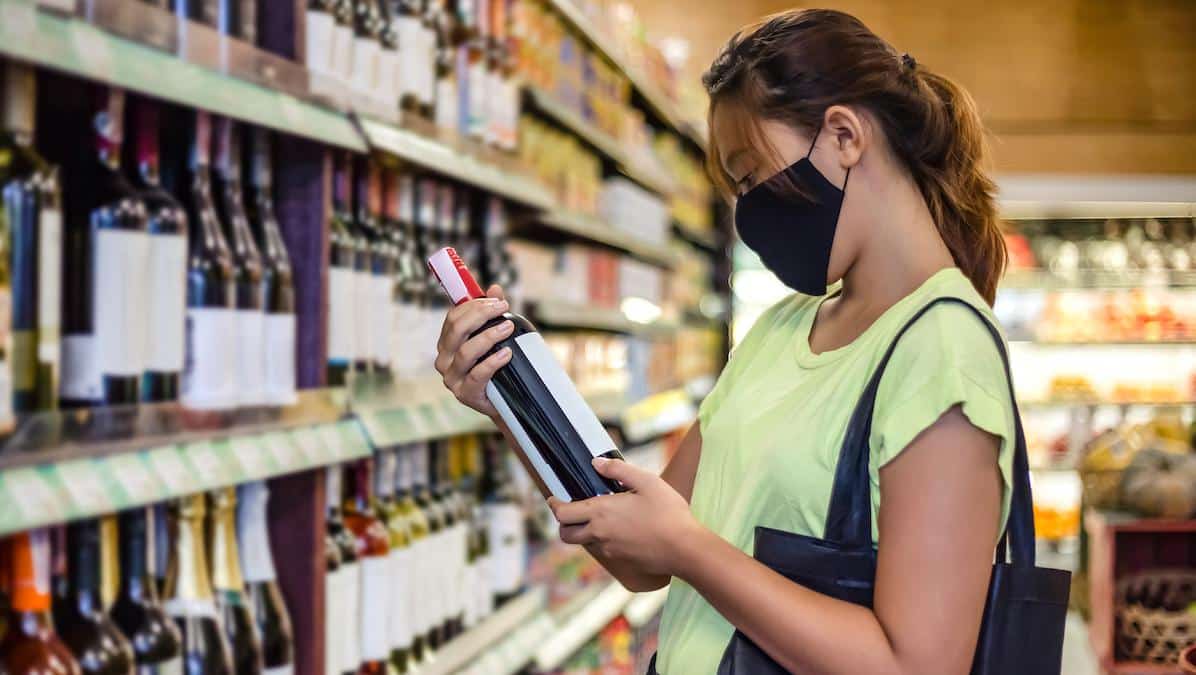 The federal government released new U.S. dietary guidelines Tuesday after three years of preparation, and it served a strong win to both alcohol and soda industries.

Rather than adopting a new recommendation for men to limit alcohol intake to one drink per day, the Trump administration instead passed on science and yielded to industry lobbying, leaving the prior limit of two drinks in place. New guidance for adults and children two and older to reduce added sugar from a maximum of 10 percent to 6 percent of daily calories was also rejected.

If you can look beyond its gratuitous gifts to industry, the new guidelines provide some wins for public health, too. The 2020-2025 Dietary Guidelines for Americans retains evidence-based guidance on fruits, vegetables, whole grains, and saturated fats, and for the first time includes dietary recommendations for infants, toddlers, and pregnant and lactating women.

Now, with the Dietary Guidelines on paper, another question looms large: How can federal agencies use it to make meaningful advancements in public health — particularly during a global pandemic?

You may know the Dietary Guidelines for Americans from the food pyramid of the early 1990s — which, despite having been replaced by MyPlate nearly a decade ago, seems to have a stronghold on the popular imagination when it comes to our ideas about healthy eating. But the impact and reach of U.S. dietary guidelines is far greater than many people realize. In addition to being the nation’s leading nutrition recommendations, the Dietary Guidelines provide the scientific basis for federal nutrition programs, including school lunch and breakfast programs, that reach millions of kids, parents, seniors, veterans, and other members of the public every day.

As required by law, the guidelines are updated by the U.S. Department of Agriculture (USDA) and Department of Health and Human Services (HHS) every five years to reflect the best available scientific research. This process typically starts with the selection of an expert committee that spends two years developing a rigorous scientific report on current nutrition science, and ends with agency staff and political leaders writing and publishing final guidelines. And the decisions made by agriculture secretary Sonny Perdue and HHS secretary Alex Azar about what to include — or omit — in the new guidelines will affect the health of our children and communities for years to come.

How industry gets inside access to the Dietary Guidelines

The Dietary Guidelines aren’t developed in a vacuum; the process is intentionally designed to be both transparent and accessible to the public, and provides opportunities to attend meetings of the scientific committee and to submit comments. These opportunities are open to all individuals, academic institutions, advocacy organizations, and industry groups and associations whose input can inform and strengthen the scientific committee’s work. But problems can arise when industry groups bypass this process and attempt to directly influence federal agencies or members of Congress, either through lobbying or unofficial meetings that may not be documented. During the three years preceding the release of the 2020-2025 Dietary Guidelines, dozens of industry groups representing the interests of beer, wine, and liquor companies spent an average of million per year (.7 million in 2018, .3 million in 2019, and .2 million in 2020) lobbying members of Congress. Once formed, these cozy relationships can prompt Congress to act on behalf of companies by petitioning USDA and HHS secretaries to change or omit recommendations that industry finds unfavorable. In August 2020, 28 members of Congress addressed such a letter to UDSA and HHS secretaries, challenging the scientific committee’s findings on alcohol and mortality.

Meanwhile, industry groups such as the American Beverage Association, which includes soda giants Coca-Cola, Dr Pepper, and Pepsi, pushed back against the added sugar recommendations in the scientific report, asking USDA and HHS secretaries to maintain current targets instead. But as we wrote this summer, the current limit of 10 percent prevents the average individual from meeting all requirements for a healthy diet within their target calorie range — a rationale spelled out clearly in the scientific report. The science is also clear that reducing added sugar intake across the U.S. population would yield significant public health rewards. Our 2019 report, Delivering on the Dietary Guidelines, found that drinking just one fewer sugar-sweetened beverage per day could avert nearly 19,000 deaths from type 2 diabetes and decrease medical costs by billion annually among U.S. adults.

Though industry influence is the exception, not the rule, this isn’t the first time that Congress has interfered with the Dietary Guidelines. For example, when the scientific committee behind the 2015-2020 Dietary Guidelines was charged with reviewing evidence on diets, sustainability, and food security, its findings were met with strong opposition from meat industry groups, including the North American Meat Institute (NAMI). As reported by POLITICO, NAMI spent more than 0,000 lobbying members of Congress in the first three quarters of 2015 on issues including the Dietary Guidelines, while the National Cattlemen’s Beef Association spent 2,000 and the National Pork Producers Council spent 0,000. Under political pressure from Congress, USDA and HHS secretaries ultimately omitted the committee’s findings on this topic and declared sustainability outside the scope of U.S. dietary guidance.

For core dietary advice, it’s much of the same

The biggest update to the 2020-2025 Dietary Guidelines is the all-new dietary recommendations for infants, toddlers under two, and pregnant and lactating women. Key recommendations for infants include exclusive human milk for the first six months, with iron-fortified formula as an acceptable substitute when milk is unavailable, and the introduction of complementary foods thereafter.

But core dietary recommendations for the general population have largely remained the same. Despite sensational headlines and nutrition trends du jour, most of what we know about a healthy diet has actually remained fairly consistent over time: we’re healthiest when we eat a diversity of plant-based foods, including fruits, vegetables, and whole grains; consume lean sources of protein, including poultry, seafood, and legumes (think beans, peas, and lentils); and limit solid fats and sodium, in addition to added sugars. And though the new edition does not drastically depart from a longstanding tendency to skirt the health risks of red and processed meat, the new edition does newly (if subtly) suggest replacing some “processed or high-fat meats” with beans, peas, lentils, or seafood. Meanwhile, neither the scientific report nor the final guidelines addressed the potential health consequences of ultra-processed foods, which are increasingly the focus of diet and health research and have been acknowledged in international dietary guidance.

Five years ago, the 2015-2020 Dietary Guidelines for Americans described the myriad social, cultural, and economic factors that can influence dietary choices, and offered evidence-based strategies for health professionals and policymakers. Much of this information was notably absent from the 2020-2025 Dietary Guidelines released today, which named key federal nutrition programs such as the Supplemental Nutrition Assistance Program (SNAP), but otherwise seemed to place a much greater focus on individual choices than the external factors that constrain those choices.

Of course, even when these factors are explicitly addressed, they are only useful if the federal government has the will and the means to act on them.

Historically, there has been very little investment in implementing dietary guidance. Following the release of each new edition of the Dietary Guidelines, the USDA works to develop evidence-based educational tools and resources (like MyPlate and its predecessor, the food pyramid) to reflect current recommendations, but the buck often stops there. Because while the guidelines are supposed to serve as the backbone for federal nutrition programs, the government lacks a mechanism — and perhaps more importantly, funding — to make sure this happens and to ensure that dietary guidance is reaching communities who need it most. Furthermore, USDA educational materials and resources are largely limited to dietary patterns that do not reflect the broad cultural and culinary diversity in the United States. All of this means that the Dietary Guidelines remain inaccessible to many populations, including many immigrant communities and people of color impacted by systemic racism and other forms of oppression.

Thousands of individuals who weighed in on the Dietary Guidelines process are also watching to see how the USDA and HHS will handle the issue of sustainability. Although sustainability was excluded from the initial list of research questions provided to the scientific committee — effectively barring a review of current evidence on sustainable diets — sustainability was highlighted in the scientific report anyway. The committee encouraged federal agencies to “support efforts to consider the Dietary Guidelines in relation to sustainability of the food system,” and further noted that “the achievability and maintenance of healthy food and beverage intakes is dependent on a complex number of factors that influence food access, availability, and cost. Long-term maintenance of healthy intakes requires long-term support of associated food systems.” Though the word itself doesn’t receive a mention in the 164-page document, sustainability will continue to be a key issue the USDA will be expected to confront in its implementation of dietary guidance.

These considerations are particularly important against the backdrop of the public health crisis caused by COVID-19, which has produced sharp increases in food insecurity for families nationwide and underscored the threats posed by widespread chronic disease. But they will continue to provide critical context for dietary guidance after this pandemic passes, and have the potential to leave us better prepared in the face of the next crisis, be it a viral outbreak or a climate-related natural disaster. Though Biden’s USDA will have plenty on its plate (so to speak), putting our national nutrition guidance to good use — and restoring public faith in the process — should be a top priority to protect public health for generations to come.