Fashion Industry Report: One Truckload of Clothing Is Wasted Per Second 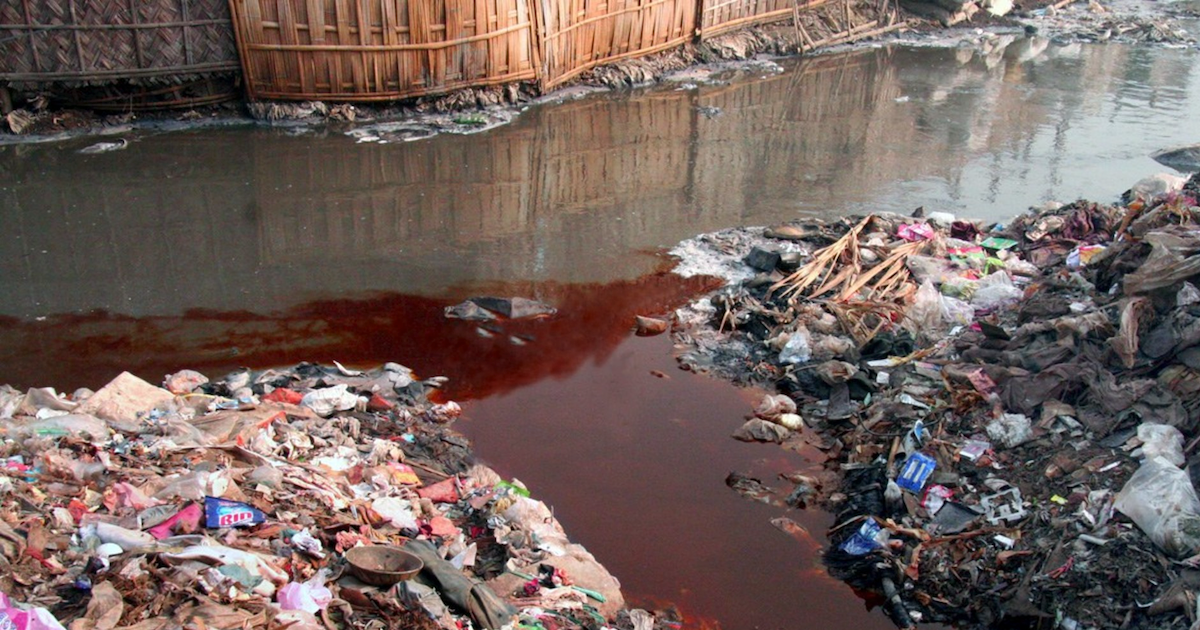 In China, about 70 percent of the rivers and lakes are contaminated by the 2.5 billion gallons of wastewater produced by the textile industry. RiverBlue

When we think of environmental foes, the fossil fuel industry is often pegged as one of the biggest villains. But the shirts off our backs also leave a devastating planetary impact.

According to a new report from the Ellen MacArthur Foundation, the fashion industry’s current “take-make-dispose” system creates greenhouse gas emissions of 1.2 billion tonnes a year—that’s “more than those of all international flights and maritime shipping combined.”

Alarmingly, the negative impacts of the fashion industry are set to drastically increase. “If the industry continues on its current path, by 2050, it could use more than 26 percent of the carbon budget associated with a 2°C pathway,” the report warns, referencing the threshold for avoiding dangerous global warming.

The report was produced by the Circular Fibres Initiative (which aims to build a circular economy for textiles starting with clothing) and was co-launched Tuesday by retired English sailor Ellen MacArthur and fashion designer Stella McCartney.

Here are some highlights from the report:

McCartney, a prominent advocate of the green fashion movement, criticized the fashion industry for being “incredibly wasteful and harmful to the environment.”

In the U.S., 84 percent of discarded clothes winds up in an incinerator or landfill. As EcoWatch previously reported, Americans’ growing consumption of clothing has doubled to 14 million tons per year in less than two decades. The problem is further exacerbated by the increased speed of trend turnover. Fast-fashion outlets, with their quick and voluminous output, quickly change trends to stimulate more sales. However, this means that recent purchases will go out of style sooner than ever before, which means more clothes in the trash bin.

Clothing materials such as acrylic, nylon and polyester have a petroleum base, which means it could take many hundreds of years to fully decompose. And while natural fibers—which include silk, linen, cotton and semi-synthetic fibers (think modal, rayon and Tencel)—are arguably better, they still have a similar decomposition process to food which yields methane. That’s not to mention all the bleach, dye and other toxic chemicals used to manufacture clothing that can contaminate water bodies or permeate the air.

Of course, we need to wear clothing. And, yes, we might have to—or simply want to—buy a new pair of pants from time to time. The $1.3 trillion clothing industry employs more than 300 million people along the value chain.

But we can definitely do better—and we must for the sake of the planet.

Notably, the new report also provides workable solutions for the current system. It urges cross-industry collaboration and innovation to achieve a new textiles economy, in which clothing is designed to last longer and be worn more often, be easily rented or resold and recycled, and not release toxins or pollution. 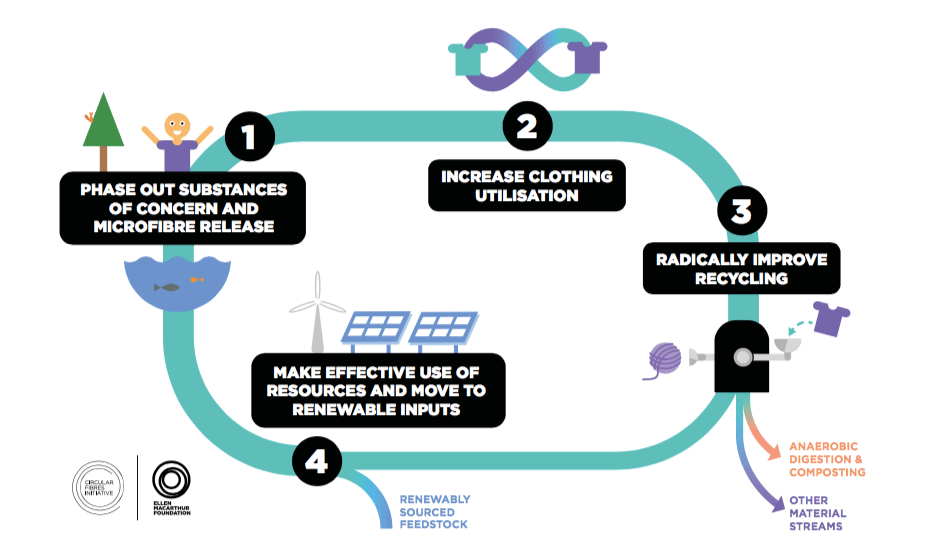 A press release for the report noted that “exploring new materials, pioneering business models, harnessing the power of design, and finding ways to scale better technologies and solutions are all needed to create a new textiles economy.”

“The report presents a roadmap for us to create better businesses and a better environment,” McCartney said. “It opens up the conversation that will allow us to find a way to work together to better our industry, for the future of fashion and for the future of the planet.”

Major brands such as Core Partners H&M, Lenzing, and NIKE Inc., and C&A Foundation as Philanthropic Funder have endorsed the report.

“Today’s textile industry is built on an outdated linear, take-make-dispose model and is hugely wasteful and polluting,” MacArthur said, adding that the new report “presents an ambitious vision of a new system, based on circular economy principles, that offers benefits to the economy, society, and the environment.”

“We need the whole industry to rally behind it,” she said.

Stella and Ellen MacArthur call the textiles and fashion industry to action with the launch of the @CircularEconomy's new report: 'A textiles economy: Redesigning fashion's future' in London at the @V_and_A tonight.