Why We Can't Ditch the 2 C Warming Goal 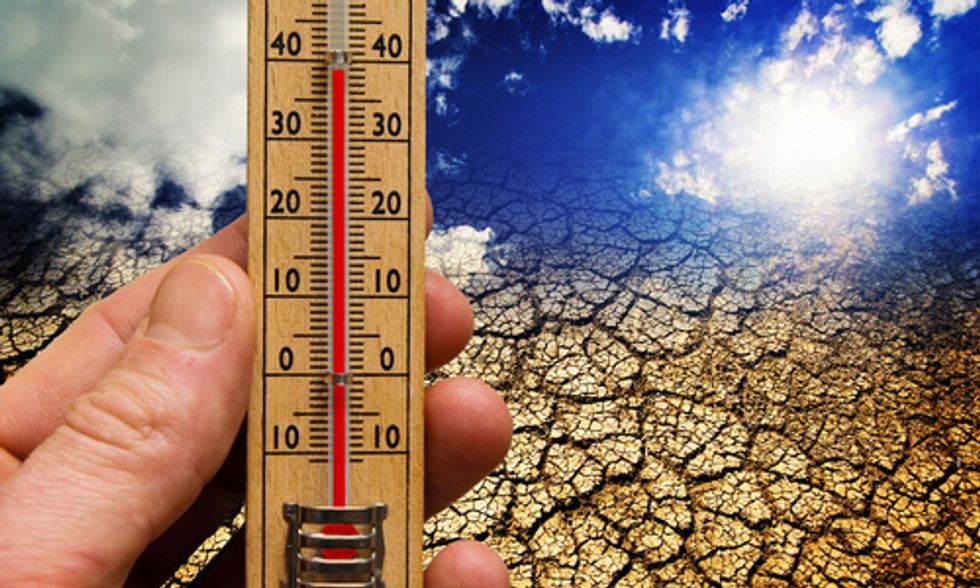 On Oct. 1, David G. Victor and Charles F. Kennel wrote an opinion piece that appeared in the journal Nature, Ditch the 2 C warming goal [1]. The provocative title, which accurately conveyed the point of view of the authors, led to several responses, two from Joe Romm at Climate Progress (here and here), one from Stefan Rahmstorf at Real Climate, one from William Hare at Climate Analytics and one from David Roberts at Grist. Victor wrote a long reply to the Romm and Rahmstorf pieces that appeared on Andy Revkin’s New York Times Dot Earth blog.

For those interested in digging in, I found the longer Victor response to be clearer than the very condensed Nature article. The Roberts response is the easiest read for those who are less technical, while the Romm, Hare and Rahmstorf pieces go into a lot more detail about the problems with the Nature article, which are many and varied.

I’m not going to get into a blow-by-blow analysis of the discussion. Instead, I’d like to explore some key aspects of the 2 C limit that Victor (and others) seem to misunderstand, because of the importance of this concept to making the case for urgent action on climate.

Let me begin by saying that Victor is an acquaintance of mine from when he worked at Stanford, and I’ve always been impressed by his keen intellect. I invited him to lecture in my class when I was first a visiting professor there in 2003-4. He also graduated from Harvard with an undergraduate degree in History and Science, as did I, so I have a deep understanding of his early training. I would call him a friend, though not a close one. But that doesn’t mean I agree with the arguments he made about abandoning the 2 C limit.

The 2 C warming limit is more than just a number (or a goal to be agreed on in international negotiations). It embodies a way of thinking about the climate problem that yields real insights [2]. The warming limit approach, which can also be described as “working forward toward a goal,” involves assessing the cost effectiveness of different paths for meeting a normatively-determined target. It has its origins in the realization that stabilizing the climate at a certain temperature (e.g., a warming limit of 2 Celsius degrees above pre-industrial times) implies a particular emissions budget, which represents the total cumulative greenhouse gas emissions compatible with that temperature goal. That budget also implies a set of emissions pathways that are well defined and tightly constrained (particularly now that we’ve squandered the past two decades by not reducing emissions).

The 2 C limit is a value choice that is informed by science. It should not be presented as solely a scientific “finding,” but as a value judgment that reflects our assessment of societal risks and our preferences for addressing them.

The warming limit approach had its first fully-developed incarnation in 1989 in Krause et al. [3] (which was subsequently republished by Wiley in 1992 [4]). It was developed further in Caldeira et al. [5] and Meinshausen et al. [6], and has recently served as the basis for the International Energy Agency’s analysis of climate options for several years running [7, 8, 9].

Such an approach has many advantages. It encapsulates our knowledge from the latest climate models on how cumulative emissions affect global temperatures, placing the focus squarely on how to stabilize those temperatures. It places the most important value judgment up-front, embodied in the normatively determined warming limit, instead of burying key value judgments in economic model parameters or in ostensibly scientifically chosen concepts such as the discount rate. It gives clear guidance for the rate of emissions reductions required to meet the chosen warming limit, thus allowing us to determine if we’re “on track” for meeting the ultimate goal, and allowing us to adjust course if we’re not hitting those near-term targets. It also allows us to estimate the costs of delaying action or excluding certain mitigation options, and provides an analytical basis for discussions about equitably allocating the emissions budget. Finally, instead of pretending that we can calculate an “optimal” technology path based on guesses at mitigation and damage cost curves decades hence, it relegates economic analysis to the important but less grandiose role of comparing the cost effectiveness of currently available options for meeting near-term emissions goals [2].

The warming limit approach shows that delaying action is costly, required emissions reductions are rapid, and most proved reserves of fossil fuels will need to stay in the ground if we’re to stabilize the climate. These ideas may not be news to some, but many don’t realize that they follow directly from the warming limit framing.

Victor also expresses strong views of how international agreements come about, based on his extensive study of historical developments in this area. It is likely, however, that an unprecedented challenge will require us to create international agreements in ways different from how we’ve done things in the past. We aren’t necessarily constrained by history, and in fact modifying institutional arrangements (like property rights and international agreements) is one of the most important ways to speed up our rate of innovation to meet this challenge.

The possibility of such institutional changes is ignored by assumption in the economic modeling exercises cited by Victor in his longer essay. For this and many other reasons, economic models tend to underestimate the possibilities for change and make alternative futures seem more expensive and difficult than they will be to achieve in reality [11]. Victor seems to believe the exact opposite, that the models are too optimistic about the possibilities for change. In support of his belief he cites a few examples of technologies with limited current application that dominate the modeling results, but does not mention the large literature indicating the inherent pessimism of such modeling exercises. These models usually ignore the possibilities for energy efficiency improvements, for increasing returns to scale and learning effects, for path dependence, for changes in institutional and individual behavior, and for new mass produced technologies to achieve significant cost reductions [15, 16, 17, 18, 19, 20, 21].

I do think the Victor and Kennel piece in Nature contributes something useful to the discussion, in the form of alternative metrics to supplement the 2 C limit. But there’s no reason to abandon one of the few bright spots in the entire climate agenda because two researchers have a rather narrow idea of how international agreements should be negotiated. Alternative metrics are useful and important, but they are a supplement, adding additional degrees of freedom to the negotiations. They cannot replace the 2 C limit, nor should they.

The warming limit approach is the most powerful analytical way of thinking about the climate problem that the climate science and policy community has yet devised. So the answer is not to “ditch the 2 C limit,” but to use it to show (in Victor and Kennel’s words) that “politicians … pretend that they are organizing for action when, in fact, most have done little.”

The warming limit framing makes it abundantly clear that emissions reductions efforts to date are inadequate to meet the stated goal (see the discussion of “stranded assets” by McKibben [13] and Gore [14] for concrete evidence of this reality). However, this failing is not the fault of the 2 C limit or the mode of analysis it enables, as Victor and Kennel imply. Instead, it is the fault of those who allow this charade to continue. The answer is therefore not to abandon this way of thinking about the climate problem, but to use it to argue for rapid and measurable reductions, starting now, and to expose as charlatans those who claim to be concerned about climate disruption but are unwilling to do what it takes to avoid it. There is nothing better than the 2 C limit for making that case.

The Victor and Kennel article assumes that the 2 C limit is the cause of global inaction on emissions reductions, and that developing a new framework and associated metrics can somehow break the logjam. I suggest instead that the lack of progress is in spite of the power of the warming limit framing, and that it owes more to the challenge of global elites confronting powerful corporations and countries who face the prospect of trillions of dollars in stranded assets and are fighting like hell to avoid that outcome.

The alternative to facing this difficult political challenge is allowing emissions trends to continue that will make the orderly development of human civilization as we have known it all but impossible by the end of this century. A stark choice, but we will either reduce our emissions rapidly (which will require big changes in how society operates) or our current path will force upon us bigger (and far less manageable) changes. That’s the reality that the warming limit framing makes clear, and ditching the warming limit won’t change that reality.

Corrigendum: The earlier posted version of this post incorrectly attributed the Real Climate article  to Stephen Landowsky. The actual author was Stefan Rahmstorf. My apologies to Stephan and Stefan for the misattribution.

16. Ackerman, Frank, Elizabeth A. Stanton, Stephen J. DeCanio, Eban Goodstein, Richard B. Howarth, Richard B. Norgaard, Catherine S. Norman, and Kristen A. Sheeran. 2009. The Economics of 350: The Benefits and Costs of Climate Stabilization. Portland, OR: Economics for Equity and Environment.  October. [http://www.e3network.org/papers/Economics_of_350.pdf]