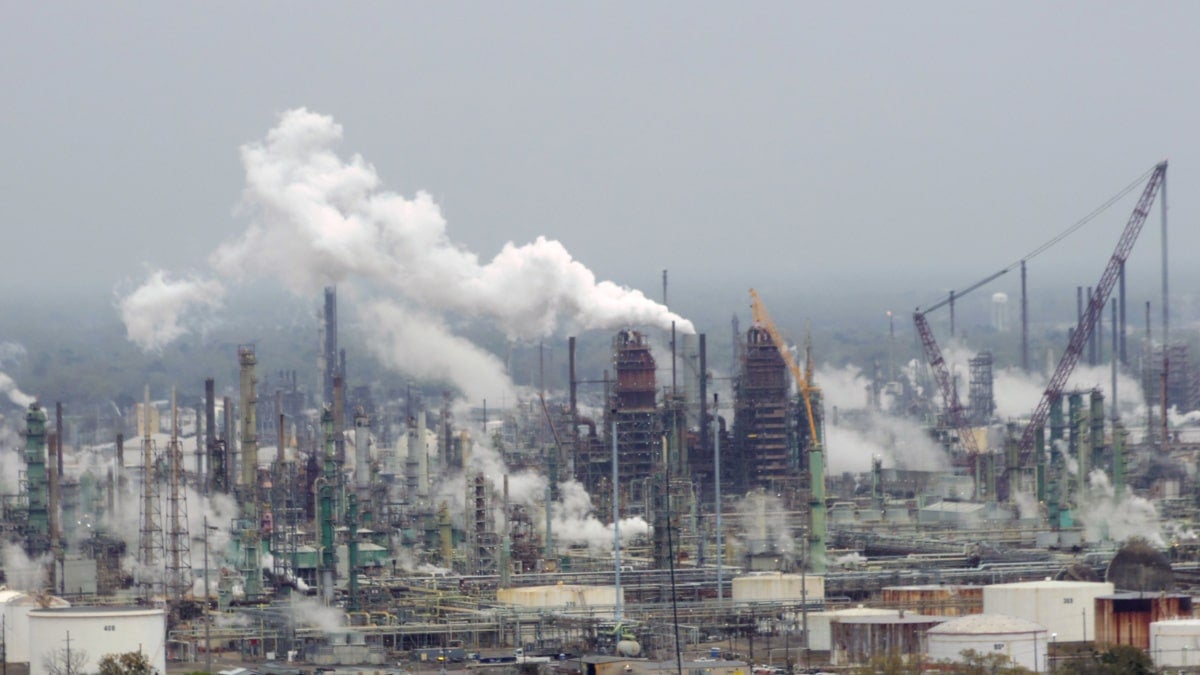 Exxon Mobil Refinery is seen from the top of the Louisiana State Capitol in Baton Rouge, Louisiana on March 5, 2017. WClarke / Wikimedia Commons / CC by 4.0

Exxon Mobil will lay off an estimated 14,000 workers, about 15% of its global workforce, including 1,900 workers in the U.S., the company announced Thursday.

Analysts said the layoffs are part of an effort by the beleaguered company to maintain its stock dividend despite sharply reduced demand during the coronavirus pandemic.

While other oil majors have leaned into reducing emissions and building out renewable energy, Exxon has doubled down on oil.

It plans to increase its greenhouse gas pollution in the coming years.

News of the layoffs comes as a former Exxon employee, who consistently received strong performance reviews and was widely respected by his colleagues, says he was pushed out of the company after he raised Exxon’s climate denial in a Q&A session with company executives.