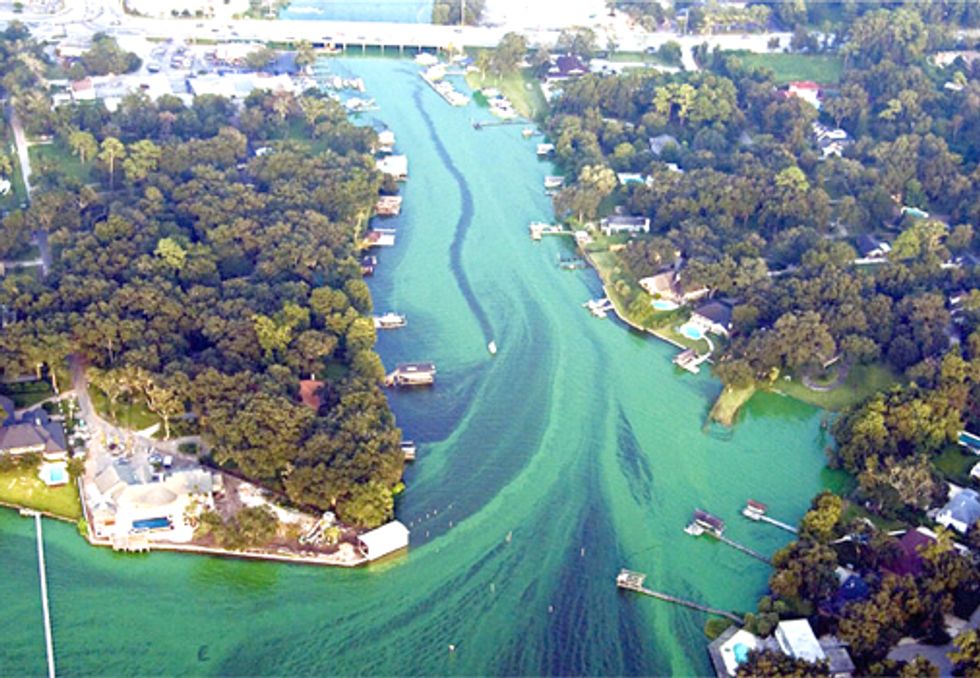 Floridians may end up paying a few more pennies a day in the coming years to upgrade outdated sewer systems that are contaminating public water supplies, the National Academy of Sciences (NAS) said in a report on March 6.

The report says that even more Florida lakes, streams, rivers and springs are polluted than previously thought, and that earlier estimates by the U.S. Environmental Protection Agency (EPA) underestimated the scope of the problem.

In predicting costs, the EPA estimated that preventing sewage, manure and fertilizer contamination in Florida waters would cost Floridians less than a dollar a month—or about three cents a day.

Today’s National Academy of Sciences report says that, since more Florida waters are polluted than the EPA estimated, it could cost more to prevent pollution. The report doesn’t specify how much.

“Even if you doubled the EPA’s cost estimate—which this report doesn’t do—you’re still talking about spending about a nickel a day for clean water. I think it’s a fair price to pay to stop toxic green slime from breaking out on our waterways,” said Earthjustice attorney David Guest.

“The polluters have been exaggerating and trying to scare the public so that they won’t have to clean up their mess,” Guest said. “Face it—It’s a lot cheaper for them to keep using our public waters as their private sewers—and that’s what’s been happening for years.”

The EPA decided 14 years ago that limits on the pollutants that feed slime outbreaks were necessary. Three years ago, the EPA and the Florida Department of Environmental Protection agreed that specific pollution limits must be quickly implemented—but efforts to establish limits were met by a massive campaign by polluting industries to stop or delay the new rules.

“No private party has the right to contaminate the public’s water, and this is why standards must be set to protect everyone’s health and safety,” said Florida Wildlife Federation President Manley Fuller. “People are tired of the roadblocks these polluters keep throwing up. We want our waters cleaned up.”

More than 17,000 people have written to the White House during the past month, supporting the EPA limits. The White House letters came in response to a grassroots call to action from several environmental groups.

After years of seeing toxic algae on Florida tourist beaches like Sanibel Island and at fishing destinations like the St. Johns River, Earthjustice filed a Clean Water Act federal lawsuit in 2008 in the Northern District of Florida on behalf of the Florida Wildlife Federation, the Conservancy of Southwest Florida, the Environmental Confederation of Southwest Florida, St. John’s Riverkeeper, and the Sierra Club. In 2009, the EPA set numeric limits for the phosphorus and nitrogen that comes from sewage, fertilizer and manure in the water.

Earthjustice is now challenging the ineffective standards to control this pollution proposed by the Florida DEP. The DEP’s proposed rules only require studies when an algae outbreak takes place. No corrective action can be required until the studies are completed, a process that takes five to ten years. An administrative hearing challenging the DEP’s rules concluded March 5.