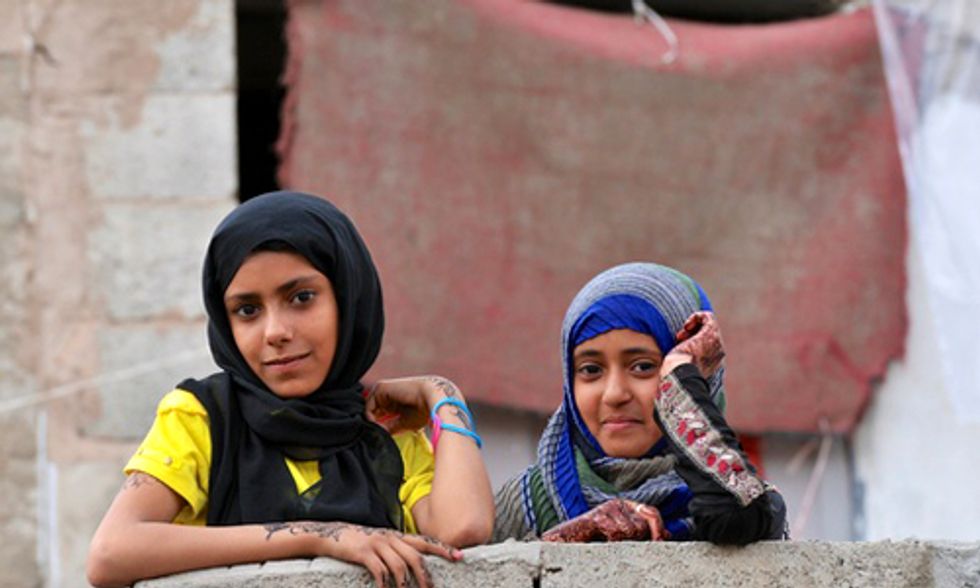 I’ll feature one film per day. Today, Yemeniettes. Yesterday, A Will for the Woods, Last week, Slingshot, The Horses of Fukushima, Farmland and Antarctica: A Year on Ice.

Yemeniettes tells the incredibly inspiring story of a group of teenage girls from Yemen who start their own business. After years of gender inequality and poor education, a new generation of Yemeni females is beginning to empower themselves. Thanks to teachers and parents who encourage this change, the girls in the film enter their company, Creative Generation, into an entrepreneurship competition. There they showcase a series of solar products they’ve developed, aimed to improve the lives of their people. As they speak about technology and innovation, it's easy to forget they're kids. Their passion, excitement and positivity are extremely contagious. This uplifting documentary follows them as they move through the rounds, inching towards a slot at the pan-Arab championships in Doha, Qatar. If they win, Creative Generation would receive funding, turning their idea into a fully legitimate operation. Furthermore, it would give hope to other girls in the region, contributing to a new culture of equality. There's no doubt about it—you'll be rooting for these amazing girls all the way to the end. Note: Recommended for pre-teens and older. (In Arabic with subtitles)