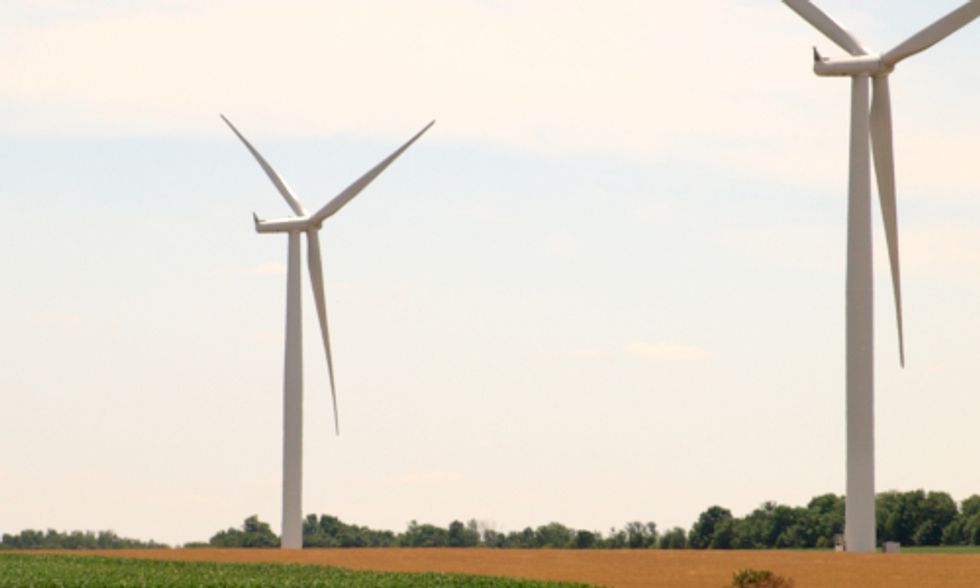 An agreement in Denmark’s parliament cleared the way for passage of climate targets that would outstrip the recent goals set by the European Union.

The bill would establish a legally binding requirement that Denmark cut its greenhouse gas emissions by 40 percent below 1990′s levels by 2020, and that the government return to the question every five years to set new 10-year targets. The legislation would also establish a Climate Council—modeled on a similar body in Britain—to advise the government on the best ways to continue reducing Denmark’s reliance on fossil fuels.

Denmark is a nation that has separated itself from the rest of the European Union with an ambitious emissions reduction goal. Photo credit: Michael Gil/Flickr Creative Commons

Denmark’s present and former governments have already committed the country to a goal of 100 percent renewable energy generation by 2050, and the new bill is seen as a concrete step to achieving that goal.

“This is a law to make Denmark low carbon society by 2050,” Mattias Soderberg, a senior climate advisor at DanChurchAid, a humanitarian organization in Denmark, told Responding to Climate Change. “With this law, Denmark is starting to outline how this process will be done.”

The broader EU target remains non-binding until it’s approved by the governments of the individual countries that make up the group. And debate remains on exactly how the target should be divvied up amongst the member states. So Denmark moving forward with more ambitious cuts at the individual level would put it ahead of the curve set by most of its peers on the Continent.

Denmark is also part of the Emissions Trading System (ETS), Europe’s cap-and-trade system for cutting carbon emissions, which will likely serve as the main driver of both Denmark’s reductions and the EU’s as a whole. Unfortunately, the unexpected drop in economic activity from to the 2008 recession, along with some inherent design flaws, drove the price of carbon permits under the ETS to remarkable lows. That removed the incentive for firms in Europe to cut their carbon emissions, leaving the entire system stalled in limbo.

The ETS’ problems have served as a learning experience for other, newer cap-and-trade systems like California’s. And reforms are in the works in the EU to get the ETS back on its feet.