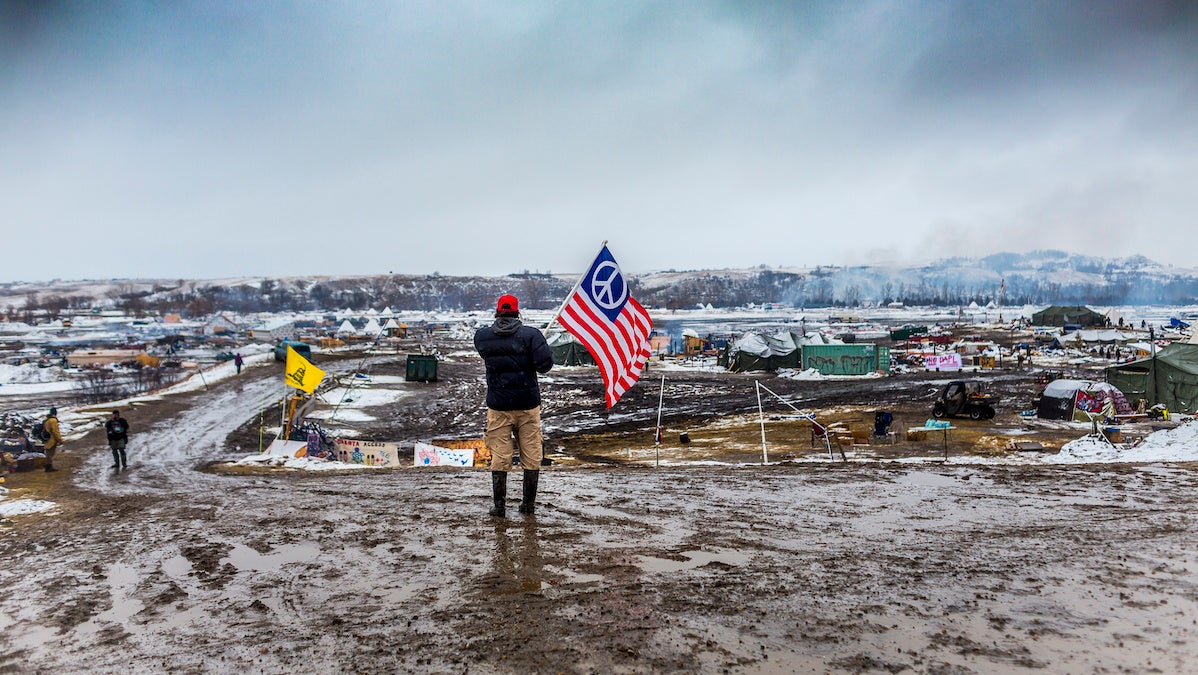 The Dakota Access Pipeline protest camp in North Dakota on the day it was slated to be raided, Feb. 22, 2017. Michael Nigro / Pacific Press / LightRocket via Getty Images

Nearly four years after massive protests drew worldwide attention to the struggle of indigenous peoples to protect their land from fossil fuel projects, a federal judge has ordered a full environmental review of the controversial Dakota Access Pipeline (DAPL).

Wednesday’s ruling is a long-deferred victory for the Standing Rock Sioux Tribe, who have been concerned the pipeline will leak where it runs below the Missouri River just upstream of their reservation, contaminating their drinking water, as NPR explained.

“After years of commitment to defending our water and earth, we welcome this news of a significant legal win,” Standing Rock Sioux Tribe Chairman Mike Faith said in a press release announcing the decision. “It’s humbling to see how actions we took four years ago to defend our ancestral homeland continue to inspire national conversations about how our choices ultimately affect this planet. Perhaps in the wake of this court ruling the federal government will begin to catch on, too, starting by actually listening to us when we voice our concerns.”

“Federal Judge orders Army Corp to prepare a FULL environmental impact statement after SRST has sought an EIS since the beginning”.Chairman Faith hopes that this will encourage our voices to continue to be heard when we have concerns for our environment

Permits for the pipeline were denied by the Obama administration following massive protests in 2016, and the the U.S. Army Corps of Engineers was set to conduct a full environmental review, as The Associated Press explained. But when President Donald Trump took office, he rushed through the pipeline approval process via executive order and the review was jettisoned, until now.

“The many commenters in this case pointed to serious gaps in crucial parts of the Corps’ analysis – to name a few, that the pipeline’s leak-detection system was unlikely to work, that it was not designed to catch slow spills, that the operator’s serious history of incidents had not been taken into account, that the worst-case scenario used by the Corps was potentially only a fraction of what a realistic figure would be – and the Corps was not able to fill any of [the gaps in the analysis],” Boasberg argued, according to NPR.

The more than 1,000-mile pipeline carries crude oil from North Dakota to Illinois and is owned by Energy Transfer Partners. But the company and the Army Corps lawyers declined to comment on the case to NPR and The Associated Press.

Oil has been flowing through the pipeline since June 2017, and it is not clear if it will stop while the review takes place. Boasberg has ordered both the tribe and the Army Corps to submit briefs making their case.

But Earthjustice attorney Jan Hasselman, who represents the tribe, vowed to ultimately stop that flow.

“This validates everything the Tribe has been saying all along about the risk of oil spills to the people of Standing Rock,” Hasselman said. “The Obama administration had it right when it moved to deny the permits in 2016, and this is the second time the Court has ruled that the government ran afoul of environmental laws when it permitted this pipeline. We will continue to see this through until DAPL has finally been shut down.”