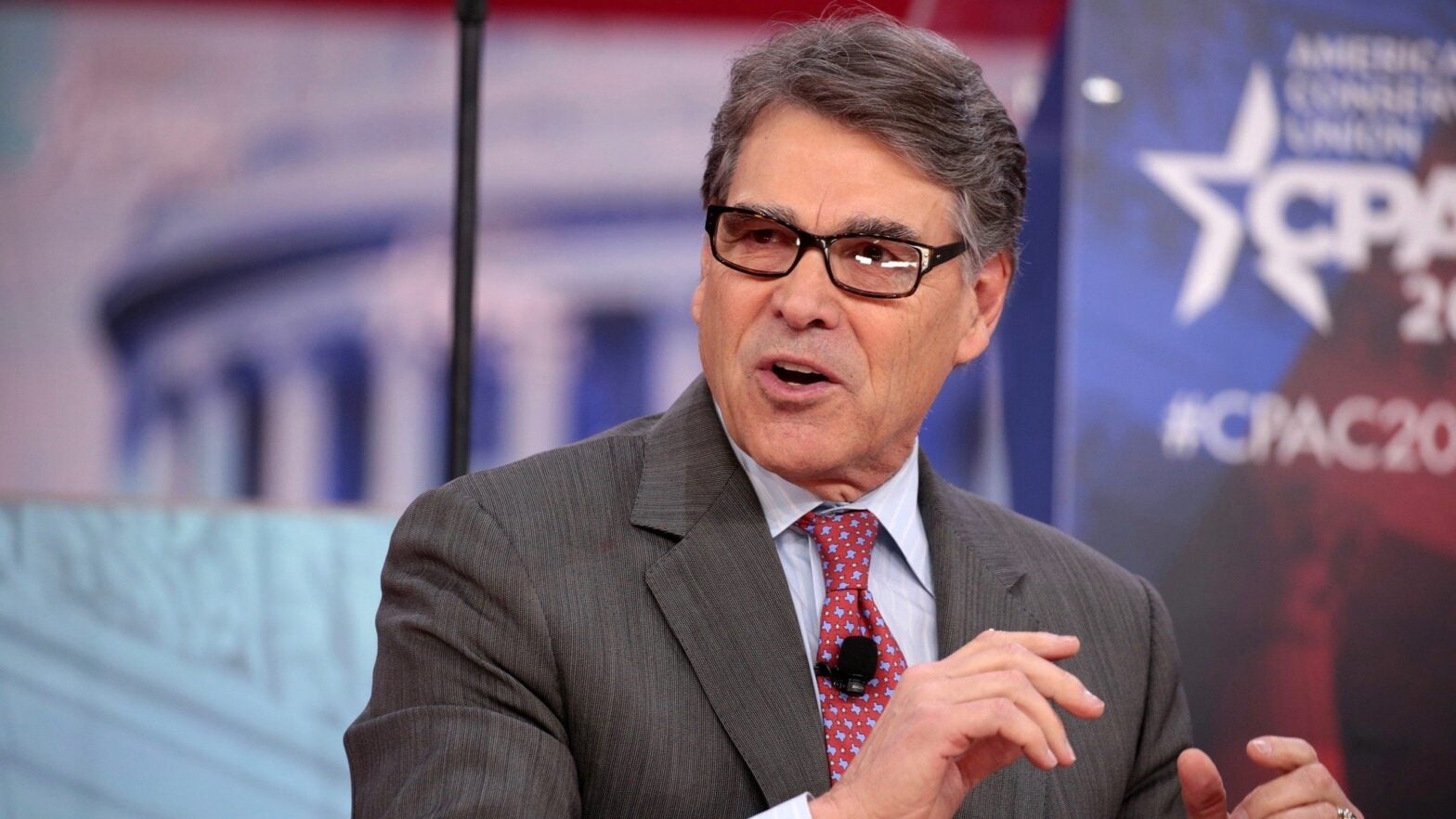 Former Trump administration Energy Sec. Rick Perry, who resigned from his cabinet-level post effective last month, has joined the board of directors of the general partner of Energy Transfer LP, according to a filing made today with the Securities and Exchange Commission by Energy Transfer.

Before joining the Trump administration, Perry had served on the board of Energy Transfer, the pipeline company behind controversial projects including Dakota Access, Bayou Bridge, and Mariner East, but resigned to become Secretary of the Department of Energy. On January 1, 2020, Perry was appointed as a director of LE GP, LLC, the general partner of Energy Transfer LP, according to today’s SEC filing, made after the market closed. (“Energy Transfer is structured as a master limited partnership,” Bloomberg reports.)

The news comes on the same day that Pennsylvania regulators announced a record .6 million fine for Energy Transfer over an explosion of the company’s Revolution pipeline. State regulators said they would resume permitting for the firm’s Mariner East project.

Energy Transfer is currently seeking to roughly double the flow of fossil fuels along its Dakota Access project, raising the pipeline’s capacity to 1.1 million barrels a day, up from the 560,000 barrels of oil currently flowing through the Dakota Access system.

Perry first joined the board of the company, then known as Energy Transfer Partners, in February 2015, as he was facing state-level felony charges, dismissed a year later, for abuse of power during his term as Governor of Texas.

In 2017, after being chosen by President-elect Donald Trump to lead the Department of Energy, Perry said that he regretted his previous statements about eliminating the very department he would go on to lead. During his tenure in the Trump administration, Perry sent a proposed rule to the Federal Energy Regulatory Commission (FERC) to speed the approval of a proposal which would ensure that nuclear and coal plants received compensation for the “resilience” they give to the power grid, The Washington Examiner reported.

Speaking at CERAWeek, an annual energy conference in Texas, in March 2018, Perry said “clean” fossil fuels are the future, and a focus on renewables isn’t the answer. “Listen, we support renewables,” he told the audience, but suggested that the focus under the Paris Agreement was not the right approach. “What are we supposed to do in the meantime?” he asked, pointing to projections that fossil fuels aren’t going anywhere soon.

The Trump administration has come under fire over revolving door concerns before — often involving the hiring of former corporate lobbyists for government roles. “At the halfway mark of President Donald Trump’s first term, his administration has hired a lobbyist for every 14 political appointments made, welcoming a total of 281 lobbyists on board, a ProPublica and Columbia Journalism Investigations analysis shows,” ProPublica reported in October.

Other former high-level Trump officials have also come under fire for accepting roles in industries previously under their purview, including former Interior Secretary Ryan Zinke. In July last year, Bloomberg reported that Zinke began working as a consultant for oil and mining firms after leaving the Interior Department, drawing criticism from good governance watchdogs. Former White House Chief of Staff John Kelly similarly drew condemnation when he joined the board of Caliburn International, operator of the largest U.S. center for housing migrant children, after playing a role in policy debates over the separation of migrant children from their families. And former Environmental Protection Agency chief Scott Pruitt was reportedly in talks in September 2019 to work as a consultant for a Kentucky coal mining executive, according to The New York Times.

A January 28, 2017 executive order issued by President Trump requires executive branch appointees to pledge that they will not lobby agencies where they previously worked for five years.

Perry joins a company with a troubled track record when it comes to the law.

On the same day as the SEC filing announcing Perry’s new role, Pennsylvania announced that it had reached an agreement with ETC Northeast Pipeline, LLC, an Energy Transfer subsidiary, over the 2018 explosion of the Revolution pipeline, part of the state’s expanding network connecting the shale gas industry and the plastics and petrochemical industry.

The agreement includes a .6 million fine, one of the largest in commonwealth history — dwarfing the million in prior fines issued as of September last year by state regulators for environmental violations during Mariner East pipeline construction. It also lifts a permit bar that blocked Energy Transfer from obtaining new permits for its pipeline construction projects, including an ongoing expansion of its Mariner East pipeline system.

“The settlement announced Friday means the company can also begin the process of repairing the Revolution pipeline, which links shale wells in Beaver and Butler counties to an Energy Transfer gas processing plant in Washington County,” the Pittsburgh Post Gazette reports.

In August, state auditors reported that Revolution pipeline’s permits were “reviewed and authorized” by a county-level office that lacked authority to review so-called “gathering” pipelines like Revolution.

Pennsylvania environmentalists decried the commonwealth’s lifting of the permit ban, which was established in early February 2019 after Energy Transfer struggled to repair the site of the Revolution blast and repeatedly created sinkholes that exposed buried portions of the Mariner East 1 pipeline project.

“There has been a failure by Energy Transfer and its subsidiaries to respect our laws and our communities,” Pennsylvania Governor Tom Wolf said in a statement when the bar was announced. “This is not how we strive to do business in Pennsylvania, and it will not be tolerated.”

Last month, Energy Transfer and its security contractors were charged with criminal conspiracy, bribery, and other related offenses in the state over allegations centering on alleged intimidation tactics used by the firm’s security guards, who also served as Pennsylvania state constables, in what prosecutors referred to as a “buy-a-badge” scheme. “We do not believe these charges have any merit,” an Energy Transfer spokesperson told The Intercept when those charges were announced.

“Given the disastrous environmental degradation Energy Transfer caused with its Revolution pipeline, the company has lost its social license to operate,” Joseph Otis Minott, attorney for the Clean Air Council, said in a statement today on Pennsylvania’s agreement with Energy Transfer.