Dallas Goldtooth: The Fight Against DAPL Is Not Over 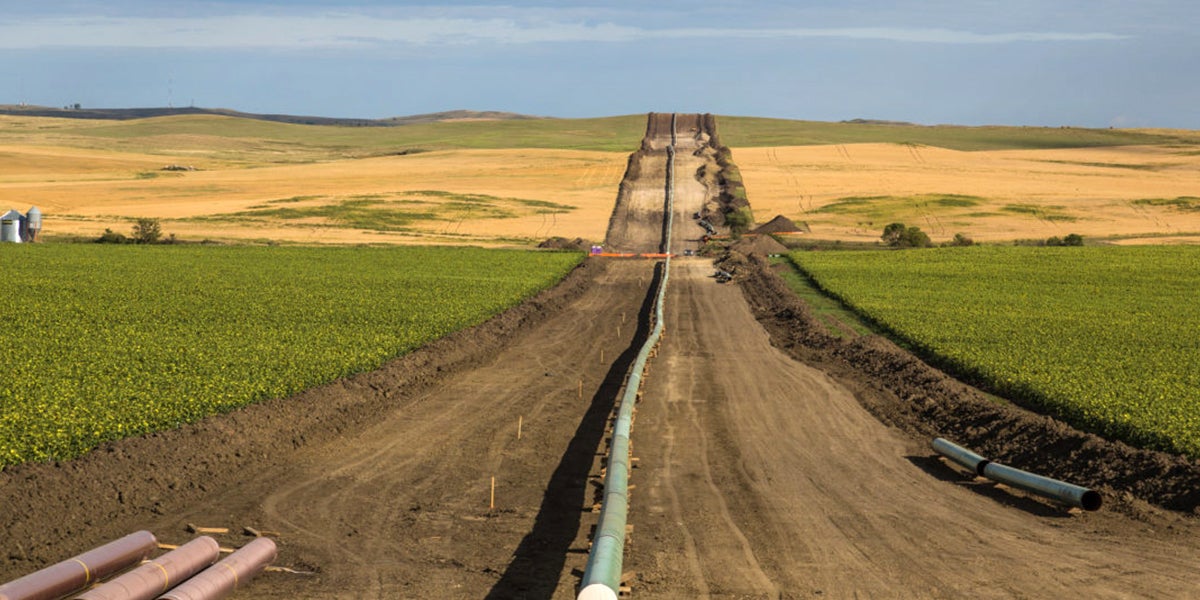 Oil will continue to flow through the Dakota Access Pipeline this summer and into the fall, despite the ruling from a federal judge last week that the Trump administration must conduct additional environmental review of the project.

A U.S. Army Corps of Engineers lawyer told Washington, DC District Court Judge James Boasberg Wednesday that the Corps had “no timeframe” for the newly-ordered environmental review. Lawyers for the tribes bringing suit against the project told press they anticipate a decision by September, and expressed anxiety that the tribes will not be allowed to comment on the new environmental review.

As the DAPL project moves through court, the pipeline’s owner, Energy Transfer Partners (ETP), has been keeping busy: a new investigation from The Intercept shows that a private security firm employed by ETP to use “military-style counterterrorism measures” against NoDAPL protesters is now monitoring another ETP pipeline project in Pennsylvania.

“The fight against Energy Transfer Partners and its Dakota Access pipeline is not over, nor is it an easy fight ahead,” said Dallas Goldtooth, lead national organizer for the Indigenous Environmental Network. “We know that we face an uphill legal battle to victory, but we remain committed to the protection of the water and the power of our movement to keep fossil fuels in the ground.”

A rally was held Wednesday at U.S. District Courthouse to support the Standing Rock Sioux and Cheyenne Sioux tribes. “Their battle is on behalf of all of us who share this planet,” said Rising Hearts founder Jordan Marie Daniel. “The fight against placing corporate interests above the health, safety and well-being of entire communities and the quest to end the assault against the earth we share moves forward.”