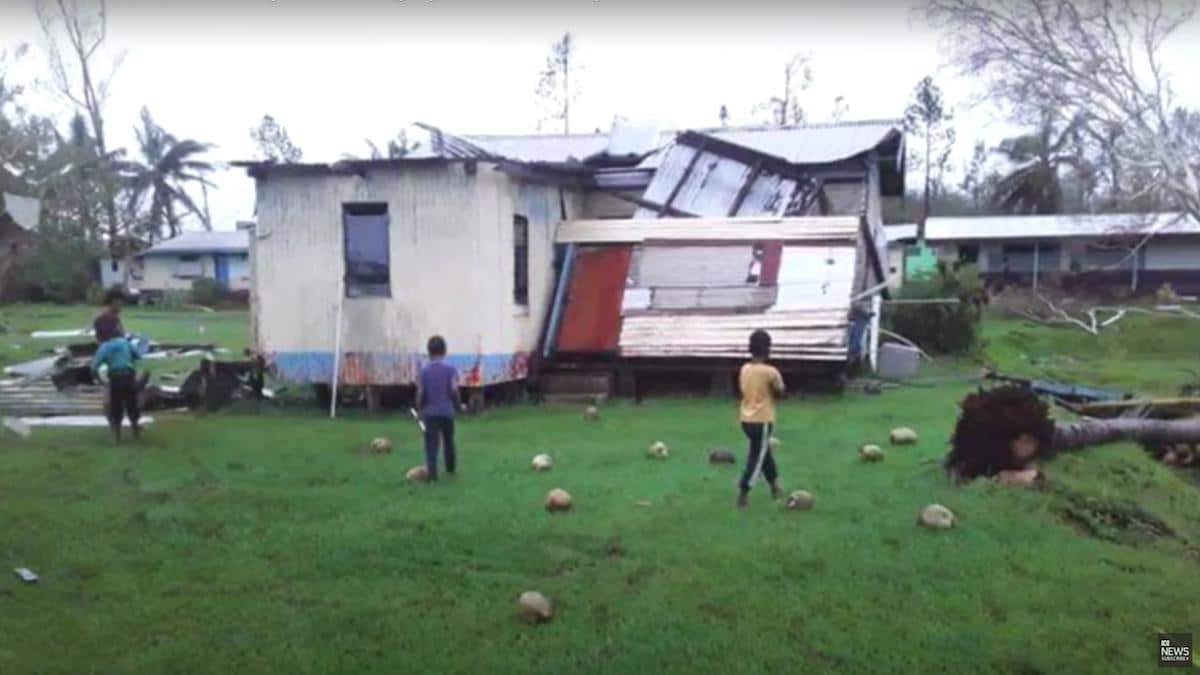 Though Yasa moved relatively quickly, causing less immediate damage than had been feared, officials worry it could cause “a second disaster within a disaster,” Oxfam regional director Raijeli Nicole told The Guardian.

“Coastal communities are particularly vulnerable with flooding and coastal inundation expected in low-lying areas, along with strong winds and heavy rain …. Without assistance, people will be at risk of waterborne infections,” she added.

Other relief agencies also said the storm wiped out many families’ food stores. Climate change, caused by burning fossil fuels, increases the intensity of strong storms like Yasa, which may be the strongest-ever recorded storm in the southern hemisphere.

The cyclone is another blow to the country’s tourism-reliant economy, already devastated by pandemic shutdowns which have caused tens of thousands of job losses. Fiji’s economy has shrunk more than 20% this year due to the pandemic.

The prime minister, Frank Bainimarama, an outspoken advocate on behalf of the Pacific for greater global climate change action, pointed out that Yasa hit 12 years to the day since Cyclone Evan struck Fiji. He has consistently argued that climate change is making cyclones more frequent and more intense across the Pacific.

“Since then, we’ve been battered by 12 more cyclones, two of which, Winston and Yasa, are now jockeying for our hemisphere’s strongest-ever storm in history.

“This is not normal. This is a climate emergency,” he said.