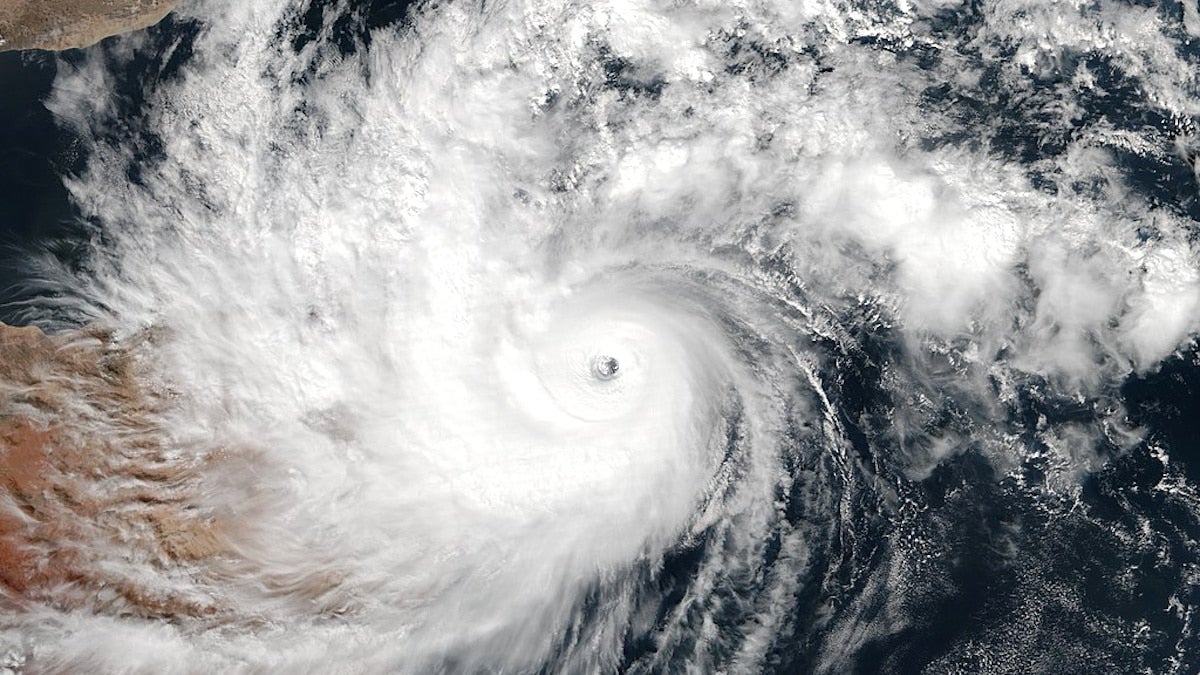 Furthermore, at one point before making landfall, Gati strengthened to sustained winds of 115 miles per hour, the equivalent of a Category 3 storm. It is the strongest storm on record for the entire geographical area.

“Gati is the strongest tropical cyclone that has been recorded in this region of the globe; further south than any category 3-equivalent cyclone in the North Indian Ocean,” National Oceanic and Atmospheric Administration (NOAA) researcher Sam Lillo tweeted.

Gati is the strongest tropical cyclone that has been recorded in this region of the globe; further south than any category 3-equivalent cyclone in the North Indian Ocean.

And its intensification from 35kt to 100kt in 12 hours is the largest on record in the entire basin. pic.twitter.com/wwALiQeBFe

The climate crisis is making storms both stronger and wetter, and Gati is an example of both. First, it intensified rapidly. The storm began as an area of low pressure observed on Thursday by India’s Meteorological Department (IMD), AccuWeather reported. By Sunday, it had strengthened to a tropical depression; 12 hours later, it was a severe cyclonic storm. Lillo noted that its 12-hour intensification was the largest on record in the basin.

Gati intensified partly because of warm ocean temperatures, according to AccuWeather. Other factors included low wind shear and the fact that it was relatively small, Lillo told NPR.

The storm is also predicted to be very wet. Somalia usually experiences four inches of rain every year. Gati could dump eight inches, doubling that amount in just two days.

Holthaus noted on Twitter that Somalia only accounts for about 0.002 percent of the total greenhouse gases emitted since the start of the industrial revolution.

“Today, they’re experiencing a rapidly strengthening tropical cyclone that will bring two years worth of rainfall in just two days,” he wrote. “This is the heart of climate injustice.”

There is usually an average of one cyclone in the Arabian Sea every year, The Indian Express reported. However, Gati is the second to form this year after Cyclone Nisarga made landfall south of Mumbai in June. The number of cyclones forming over the Arabian Sea has increased since 2015, according to IMD data reported by The Indian Express. There were four in 2019 and three in 2018. The uptick in activity has been linked to the climate crisis. The Intergovernmental Panel on Climate Change has found that the Arabian Sea’s surface temperatures are rising.