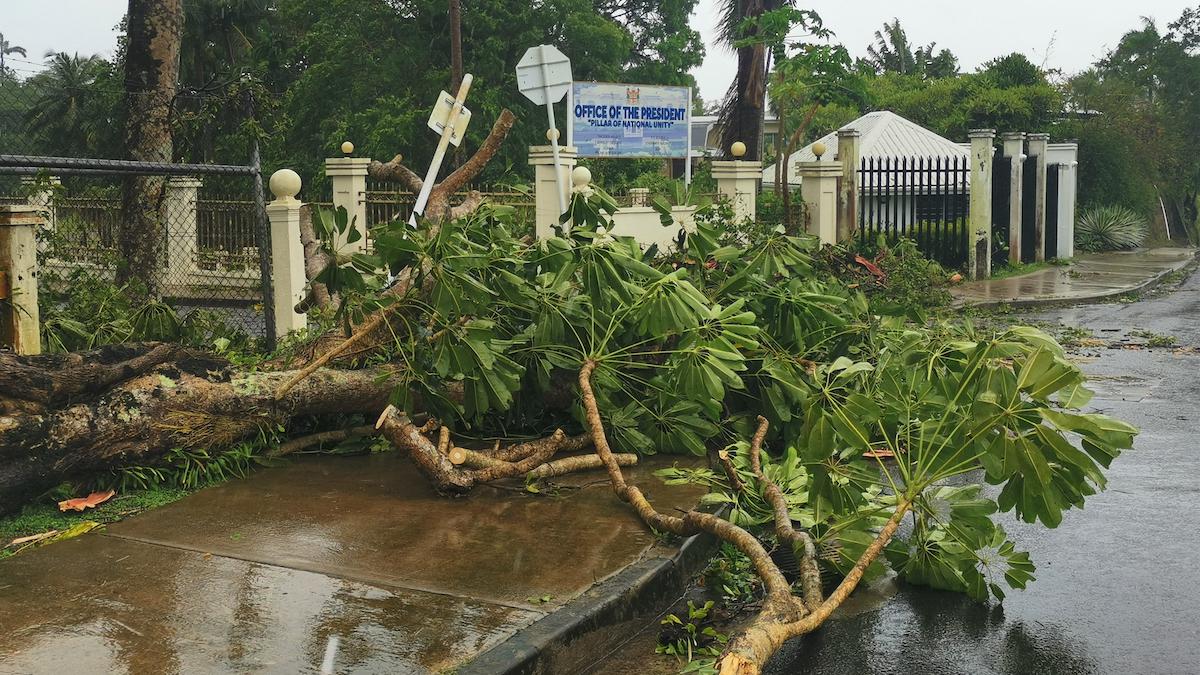 Authorities said more than 10,000 people were sheltering at 300 evacuation centers.

The cyclone, a Category 2 storm, made landfall on the Pacific archipelago on Sunday with wind speeds of up to 140 kilometers an hour (87 miles per hour) and heavy rain.

It caused floods, including on the main islands of Viti Levu and Vanua Levu and in the capital city, Suva.

The NDMO identified the missing as four fishermen and a toddler.

Local media reports said a 3-year-old boy went missing when he accompanied his grandfather to check their boat, which was stuck in mangrove plants.

Office Director Vasiti Soko said a river near Suva unexpectedly burst it banks and crews needed to rescue villagers from their homes.

She said there was severe flooding on the other main island of Vanua Levu and it was getting more rain as another storm passed through.

“But in Suva, the sun is out again, the water is going down and the evacuees are returning,” she said.

On Monday, schools remained closed but other civil servants were told to head to work unless they had been directly affected by the cyclone.

Is Climate Change to Blame?

Fiji’s Prime Minister Frank Bainimarama pointed to climate change as a cause of recent deadly storms.

“Today, my priority is on Fijians’ safety — but the rest of the world needs to wake up and reckon with why this is happening,” Bainimarama wrote on Twitter.

It is the second storm to hit Fiji within two months. In December, the more powerful Cyclone Yasa struck, killing four people, with a fifth person listed as missing.