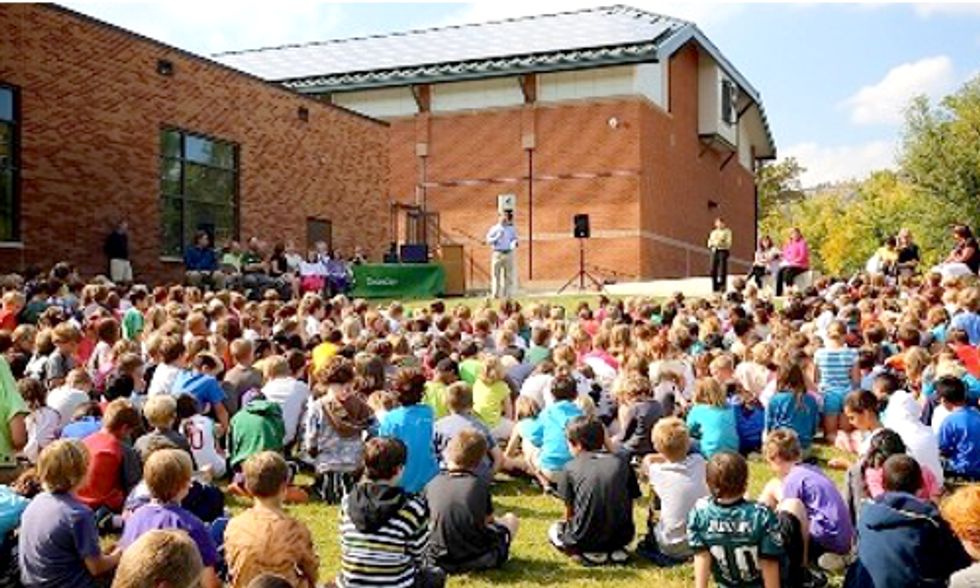 If every public school in the U.S. saved 10 percent on energy costs by installing solar power, that would be enough money to hire 16,825 new teachers.

Imagine what this would mean for our schools and our children, to have the resources to support vital educational programs. Easing financial difficulties is just one reason why so many schools and communities are interested in solar power, and just one reason why hundreds of people chipped in to make NRDC’s first-ever crowdfunding campaign, in support of our new Solar Schools initiative, a success.

Solar Schools attempts to address a specific problem facing thousands of schools and communities. Administrators, parents and students are often enthusiastic about the benefits of installing solar panels in schools, yet many are unable to bridge the gap between liking solar energy and actually getting their hands on some. Solar Schools aims to empower and inform schools and communities so that they can reach across this gap and get the solar energy they want.

Our solution: a social organizing platform and interactive guide that will help any school in the country that wants solar power to get solar power. Our vision is to tap into the enthusiasm that parents and students have for solar power, and connect them to the experts and resources that will help them make their vision a reality, and empower them to create the communities they want.

To build the beta version of our platform and pilot it, we launched NRDC’s first ever crowdfunding campaign; last Thursday, we exceeded our goal of raising $54,000 in a single month. We received funding from nearly 300 supporters all over the country, with contributions ranging from $1 to $15,000. We received nominations for 79 school districts as possible locations for our pilot, demonstrating that people around the country see solar power as a solution, to help shore up school finances, provide educational opportunities for our kids, clear the air and bring in good, local jobs for communities.

With our crowdfunding campaign completed successfully, we can now move forward to develop the first Solar Schools pilot project, which will be launching in North Carolina in early 2014. In the coming weeks, our Solar Schools team will be working with local partners and communities to select the first wave of schools.

This piece originally appeared on the NRDC's Switchboard blog.