Stony Corals Seem to Be Preparing for a Mass Extinction, Scientists Report 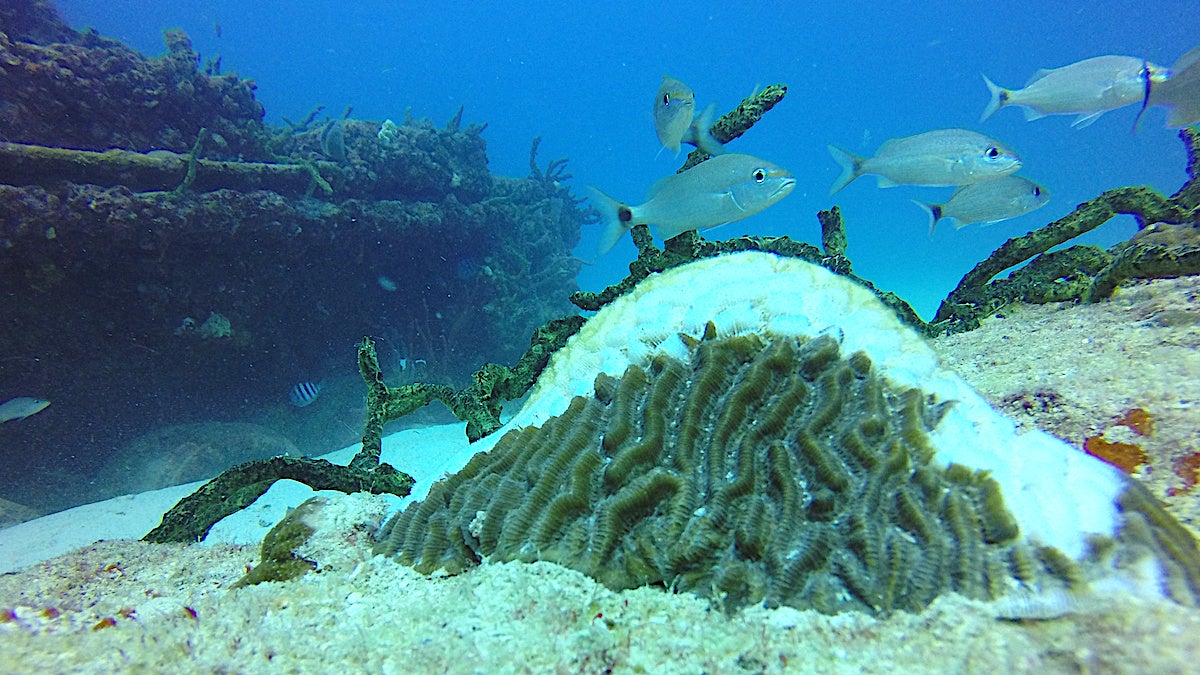 Stony corals provide habitat for an eye-popping one-fourth of the ocean’s species. They serve as the centerpiece of a rich and diverse ecosystem, which is why their recent behavior has scientists concerned. New research shows that stony corals around the world are hunkering down into survival mode as they prepare for a mass extinction event, according to a new study published in Scientific Reports.

The international research team was composed of scientists from New York, California, Israel, England and Germany. They noticed a suite of behaviors that correspond to a survival response commensurate with how they behaved during the last mass extinction 66 million years ago, according to the new study.

“When we finally put all this together and saw the result, for me it was that moment when the hair on the back of your neck stands up,” said marine biologist David Gruber, from The City University of New York, to Newsweek. “It was like, Oh my goodness, [the corals] are doing exactly what they did back then.”

The researchers had a rich-history of corals to compare with modern species. Coral skeletons leave an indelible, time-stamped fossil record for scientists to examine the conditions that led to their dying. The scientists were able to compare those fossils with the 839 coral species on the red list of threatened species recognized by the International Union for Conservation of Nature, as Newsweek reported.

The scientists looked at the traits of corals that survived the last major extinction event. They found that the colorful, wavy corals that attract scuba divers did not last. The ones that did survive are the ones that form small colonies and seek out deep water, which are the same ones showing signs of thriving today, as Newsweek reported.

“It was incredibly spooky to witness how corals are now exhibiting the same traits as they did at the last major extinction event,” said Gruber, in a statement put out by the CUNY Advanced Science Research Center. “Corals seem to be preparing to jump across an extinction boundary, while we are putting our foot further on the pedal.”

Coral reefs around the world are struggling. Recently, a mysterious virus has wiped out large swaths of Caribbean corals, a marine heatwave is threatening the health of Australia’s Great Barrier Reef, the climate crisis threatens to wipe out most corals by 2100, and corals in the Red Sea are struggling to spawn, according to recent research, as Earth.com reported.

Researchers who monitored coral spawning in the Red Sea for four years found that males and females were acting erratically and missing each other’s spawning events, leading to fewer juvenile coral, which paves the way toward extinction, as Earth.com reported.

“Regardless of the exact cause leading to these declines in spawning synchrony, our findings serve as a timely wake-up call to start considering these subtler challenges to coral survival, which are very likely also impacting additional species in other regions,” said Tom Shlesinger, one of the lead researchers on the Red Sea study.

As for the mass extinction that corals seem to be preparing for, Gruber told Newsweek, “We can put a person on the moon, we can come up with all these amazing technologies. We can reverse this in due time if we have the motivation. But what the data is showing is that we’re not doing that. We’re putting our foot further on the pedal, whereas the corals are reacting and changing.”