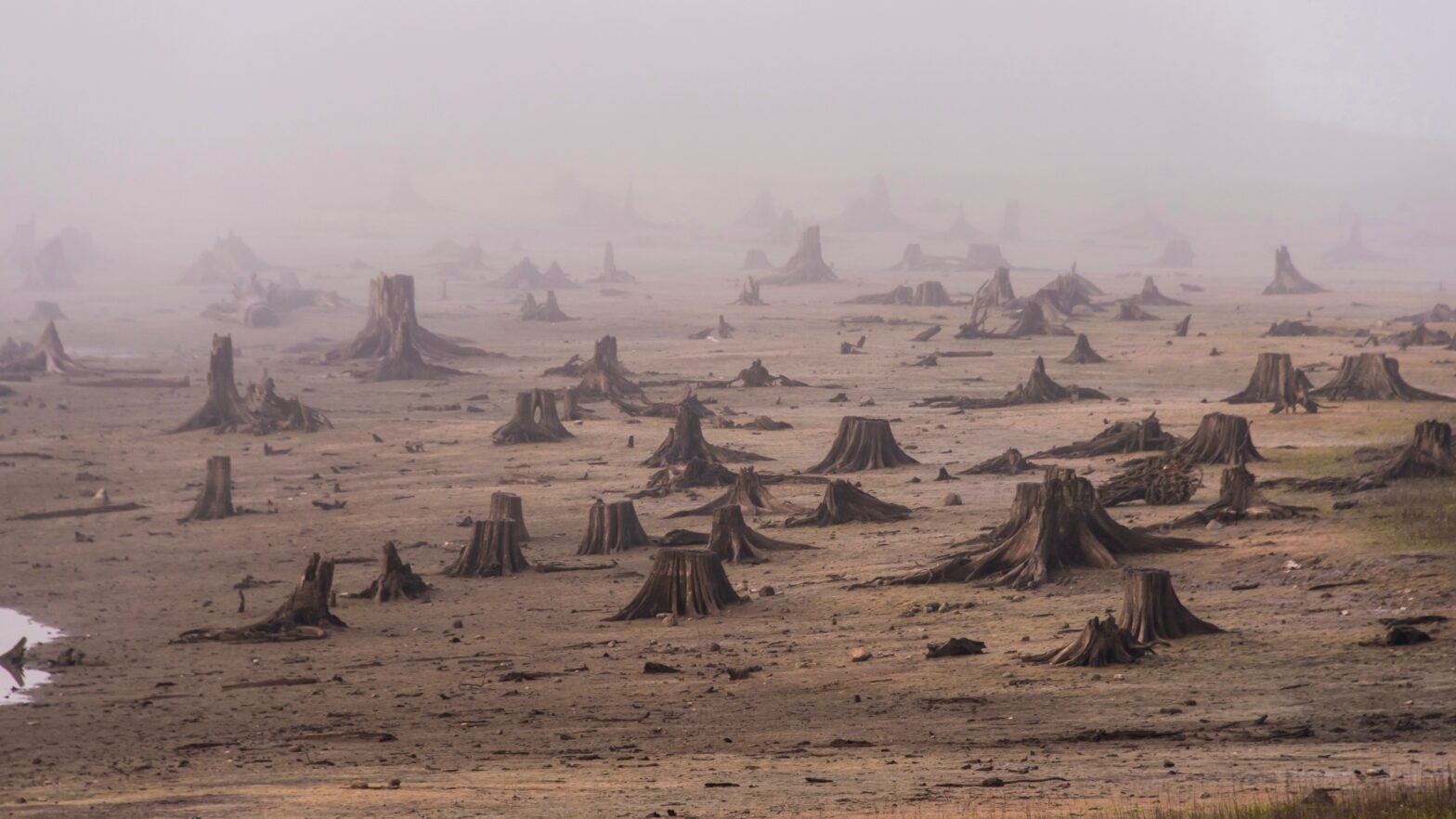 Logging state in the U.S. is seen representing some of the consequences humans will face in the absence of concrete action to stop deforestation, pollution and the climate crisis. Mark Newman / Lonely Planet Images / Getty Images

Talk is cheap, says the acting executive secretary of the United Nations Convention on Biological Diversity, who begged governments around the world to make sure that 2020 is not another year of conferences and empty promises, but instead is the year to take decisive action to stop the mass extinction of wildlife and the destruction of habitat-sustaining ecosystems, as The Guardian reported.

Acting Executive Secretary Elizabeth Maruma Mrema warned that the absence of concrete action to stop deforestation, pollution and the climate crisis will mean that humanity has given up on the planet.

Mrema who grew up in Tanzania near Mount Kilimanjaro has seen the streams near her childhood home dry up, turning a fertile forest into bare land, she said to The Guardian.

Her stark assessment of an empty world came just ahead of the Davos World Economic Forum, which starts on Wednesday. The climate crisis is expected to take center stage.

The World Economic Forum said this year that climate-related risks overshadow all other risks, and it placed loss of biodiversity as the third biggest risk to the world, ahead of infectious diseases, terrorism and war between countries. It was only outranked by other climate-related threats, with extreme weather as the top threat, followed by a failure to adapt and mitigate the climate crisis, according to the World Economic Forum.

“For the first time in the history of the Global Risks Perception Survey, environmental concerns dominate the top long-term risks by likelihood among members of the World Economic Forum’s multistakeholder community,” according to the executive summary of the Forum’s 2020 Global Risks Report.

Mrema is tasked with creating an international agreement to protect nature on the scale of the 2015 Paris agreement. She noted in urgency that the disappearance of coral reefs, rainforests and other life supporting ecosystems will lead to an “empty world” and have “catastrophic” consequences for societies, according to The Guardian.

“People’s lives depend on biodiversity in ways that are not always apparent or appreciated. Human health ultimately depends on ecosystem services: the availability of fresh water, fuel, food sources. All these are prerequisites for human health and livelihoods,” she said to The Guardian in an exclusive interview.

Scientists have warned that human-activity is fueling the sixth mass extinction in history as animals and plants are disappearing at rates tens to hundreds of times faster than at any point in the last 10 million years. In fact, researchers predict that nearly 1,000 species will be lost over the next century and animal size will decrease 25 percent, as conditions favor smaller more adaptable animals, according to EcoWatch.

In October, governments will meet in China to formalize an agreement on protecting biodiversity. The draft proposal released last week calls for a modest commitment to protect at least 30 percent of the planet, controlling invasive species and reducing pollution from plastic waste, according to the draft from the Convention on Biological Diversity, as The Guardian reported.

Mrema told The Guardian she hopes the attendees will negotiate a more rigorous and ambitious agreement. However, if this modest one fails, the consequences will be dire.