Could Lobsters Help Save Florida’s Corals? 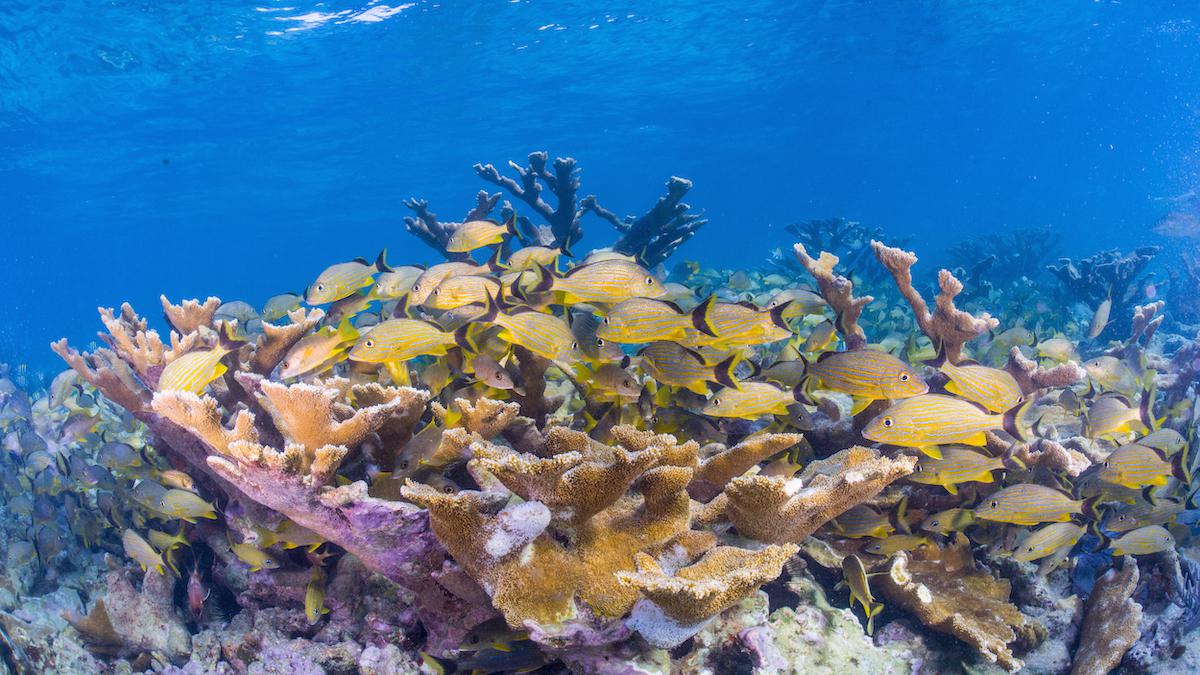 Coral reefs are in danger around the world. Michael Aw / Ocean Image Bank

Will we find corals’ white knights in spiny armor? The question is one that Florida scientists and ocean advocates are eager to answer ー and using lobsters to do so.

The coral reefs in Florida are in trouble. With the climate crisis, warming and acidifying ocean waters, poor water quality and a rampant, mystery coral disease, the reefs in the Southern United States have been in sharp decline. They’re in such an unhealthy state that even grazing by sea snails, which occurs naturally, are adding undue stress to corals and becoming a serious issue.

The snail, Coralliophila galea, is an “inconspicuous” predator that hides on the underside of coral structures during the day and emerges at night to feed on sessile coral prey that are unable to evade them, said Casey B. Butler, Research Associate with the Fish and Wildlife Research Institute (FWRI), which is a part of the Florida Fish and Wildlife Conservation Commission (FWC).

“Our coral reefs in Florida and throughout the Caribbean have been hit with an onslaught of stressors, such as poor water quality, rampant coral disease outbreaks, coral bleaching, and damage from direct human impacts,” Butler told EcoWatch. “Though often overlooked because it is a natural stressor, predation of corals by animals like snails and other organisms is nonetheless important and one of the greatest contributors to the death of small coral outplants.”

Outplants are nursery-raised, transplanted corals being used to restore degraded parts of Florida’s reefs, said Michelle Ashton, a representative of Fish and Wildlife Foundation of Florida (FWFF). They’re grown and planted with the hope that they will persist and reproduce naturally to help restore the reefs. With the survival of coral reefs in question, restoration efforts are critical to fight for their future.

Controlling the snails is particularly important around outplants, Ashton added. Butler explained why: newly-outplanted corals are particularly vulnerable to predation by snails and other animals because they are typically small and planted in areas lacking coral abundance. The gastropods can consume young corals before they even have a chance to grow or reproduce to restore the reefs.

“Even though these snails are small in size, they can demolish the small coral outplants,” Butler said. If outplants die, it can frustrate coral restoration efforts.

To combat this, FWFF funded a study with FWC to determine if transplanting spotted spiny lobsters at coral restoration sites is an effective way to control the snails. The lobsters are found naturally on Florida’s reefs and are known to eat sea snails. One full-grown lobster can consume several snails a day. 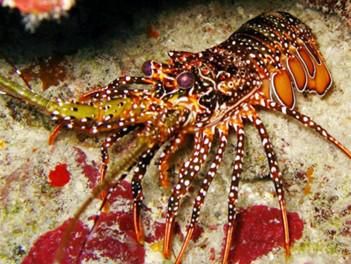 “Restoration practitioners often try to remove as many of these snails at restoration sites when they can, but the aim of this current project to harness the marine food web by employing lobsters that will eat those corallivorous snails and keep the snail populations, and thus the mortality of the coral outplants, at bay,” Butler said.

FWC scientists will collect and study wild spotted spiny lobsters to determine “who’s eating who, Butler explained. They will look to see how many snails lobsters are eating, if they’re eating anything else (such as “good” animals that keep algal growth down) and the resulting health of the reefs. If high levels of coral predators in the lobsters’ guts results in healthy reefs, the lobsters could be deployed during the next phase of the study at reef outplantings to help protect young corals. If spotted lobsters are eating more good grazers than predatory snails, they could be removed from coral restoration sites, instead.

Butler noted that FWC does not intend to grow spotted lobsters for transplanting, instead moving them from other non-reef areas to bolster populations at restoration sites for the study.

This is a novel form of “biological control” that hopes to “harness the trophic cascade” that naturally exists on reefs between corals, predatory snails and lobsters. Restoration practitioners could potentially employ these techniques to keep coral predation down and to facilitate outplant survivorship not only on Florida’s reefs but across the Caribbean where spiny lobsters are naturally found, Ashton said.

With the future of coral reefs in question, further scientific efforts like these will be critical to bolster coral restoration efforts and outcomes. 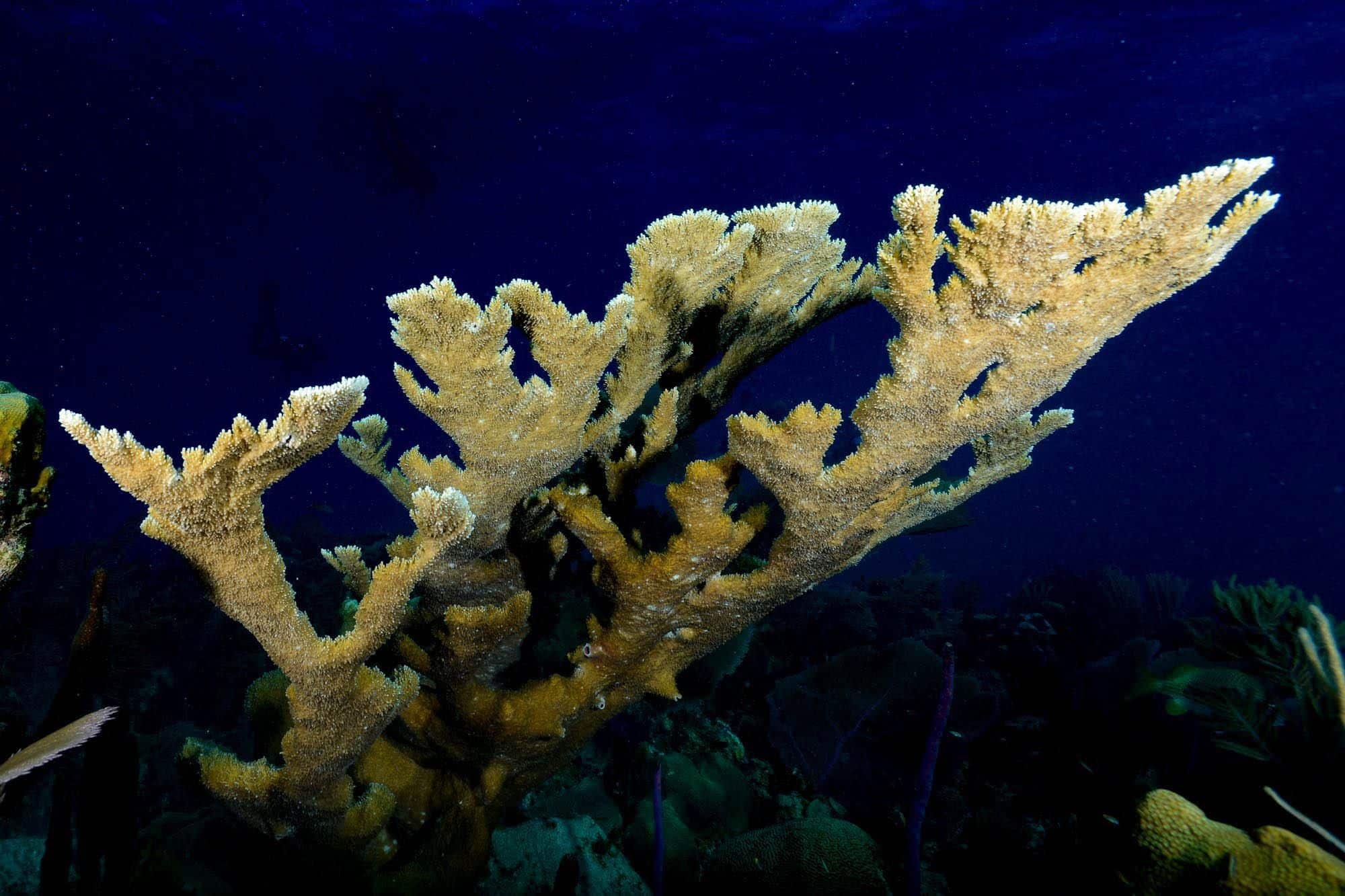 Elkhorn corals are amongst those being outplanted in Florida to restore the reef. David Gross / Ocean Image Bank