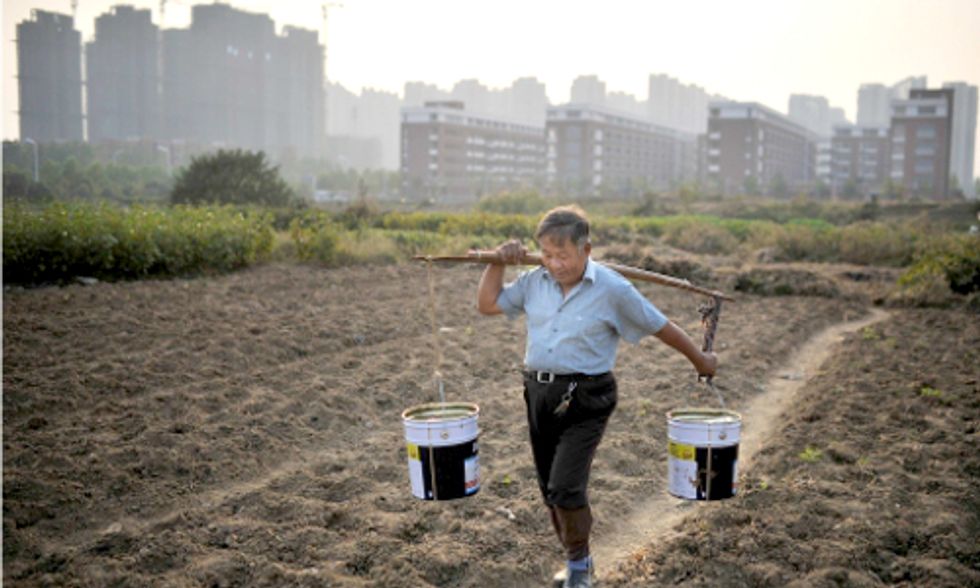 For as much news as China's smog situation makes, another large problem has lagged in attention—the pollution of 8 million acres of farmland across the country.

The land is far too polluted with heavy metals and chemicals that it can't be used to grow food, Wang Shiyuan, deputy minister of China's Ministry of Environmental Protection said Monday.

China's Ministry of Environmental Protection says it will spend billions of yuan to transform its polluted land. Photo credit: Chindia-Alert.org

Wang added that he would spend “tens of billions of yuan” per year to rehabilitate polluted land. Farmers are already prohibited from raising crops for humans in areas deemed too badly polluted, though tainted rice and other crops still wound up in the food supply.

China's main grain, rice, has been hampered by Cadmium, which is a carcinogenic metal that can cause kidney damage. Chinese authorities began investigating rice mills in May after test results found that nearly half of supplies sold in Guangzhou were contaminated with cadmium.

“Cadmium has a tendency to accumulate in the kidney and liver,” Chen Nengchang, a scholar at the Guangdong Institute of Eco-environment and Soil Sciences, told The New York Times. “When the accumulation reaches a certain point, it will pose a serious health risk for the organs.”

Wang's press conference comes at the end of a year when the Chinese government received complaints about its refusal to release results of a nationwide soil pollution survey. The Ministry came under fire after declaring the results a "state secret."

“We think it’s always the right of the public to know how bad the situation is,” said Ma Tianjie, a Greenpeace East Asia researcher. “The Chinese public can accept the fact that our environment is polluted. The important thing is to give them the means to challenge polluters and improve the environment, and not just keep them in the dark.”