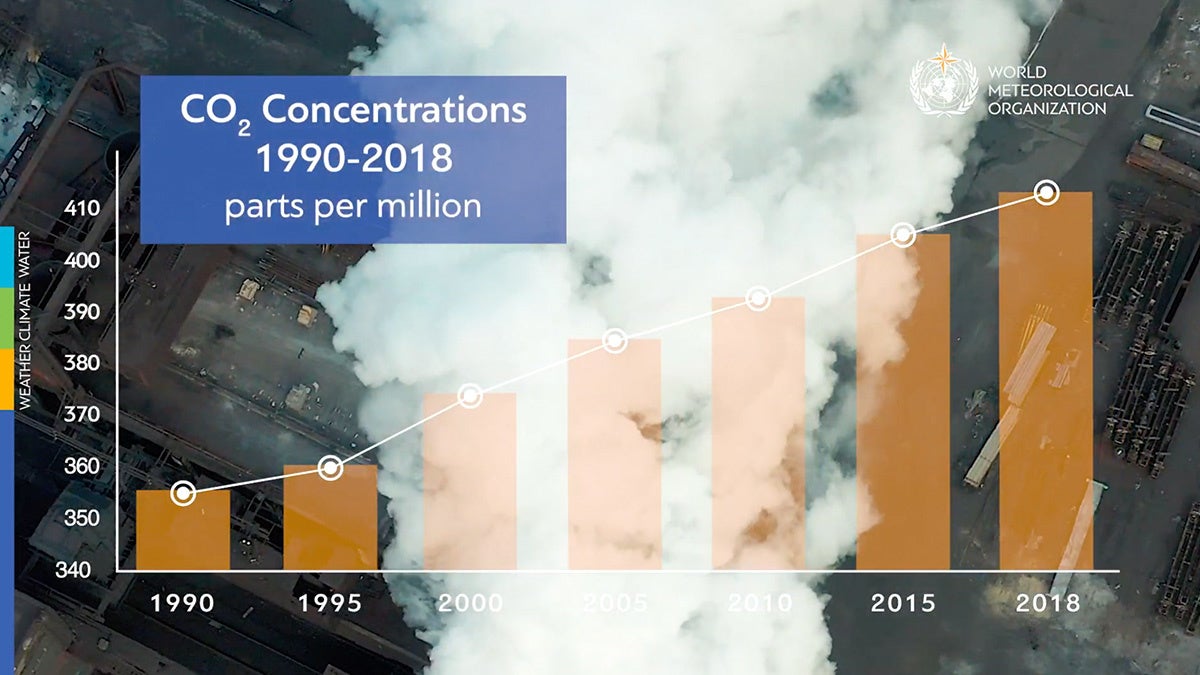 The press release from the World Meteorological Organization (WMO) says it all: “Another year, another record.”

We are now experiencing levels of carbon dioxide, the primary greenhouse gas, that the earth has not experienced for three to five million years. We are walking – more like stumbling with stupidity – into the unknown. But we know there will be consequences. If we do not change our current trajectory quickly, we risk leaving a very different and dangerous world to our children and grandchildren.

According to the WMO’s annual Greenhouse Gas Bulletin, which collects data from fifty four countries, the average concentrations of carbon dioxide (CO2) reached 407.8 parts per million in 2018, up from 405.5 parts per million (ppm) in 2017.

Carbon dioxide is not the only gas on the rise. Methane is the second most important long-lived greenhouse gas. According to the WMO, atmospheric methane reached a new high of about 1869 parts per billion (ppb) in 2018 and is now 259% of the pre-industrial level. Levels of nitrous oxide are 123% of pre-industrial levels.

The rise of all three gases shows we are in deep trouble. “This continuing long-term trend means that future generations will be confronted with increasingly severe impacts of climate change, including rising temperatures, more extreme weather, water stress, sea level rise and disruption to marine and land ecosystems,” says the WMO.

“There is no sign of a slowdown, let alone a decline, in greenhouse gases concentration in the atmosphere despite all the commitments under the Paris Agreement on Climate Change,” said WMO Secretary-General Petteri Taalas. “We need to translate the commitments into action and increase the level of ambition for the sake of the future welfare of the mankind,” he added.

Taalas also points out that the last time that the earth experienced comparable concentration of carbon dioxide was some 3-5 million years ago, when temperatures were 2-3°C warmer and sea levels were 10-20 meters higher than now.

Although we know that we have to reduce emissions now, the WMO predicts that global emissions are not estimated to peak by 2030, let alone by 2020.

Richard Black, the director of the Energy and Climate Intelligence Unit in the UK, told The Guardian: “This record level of greenhouse gases should act as a sobering reminder to governments that so far they are collectively reneging on the pledge they made at the Paris summit, of attempting to keep global warming to 1.5C.”

The latest data is released just days before the next UN Climate Change Conference, which is going to be held in Madrid, Spain, from December 2-15.