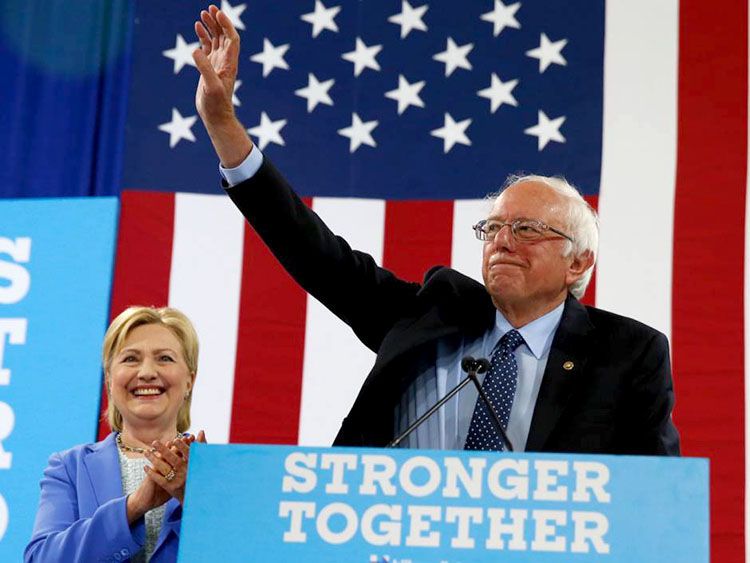 During his endorsement speech, the Vermont senator said he intends to do everything in his power to ensure the former secretary of state is the next president of the U.S. Sanders began his speech by saying:

I have come here today not to talk about the past but to focus on the future. That future will be shaped more by what happens on November 8 in voting booths across our nation than by any other event in the world. I have come here to make it as clear as possible as to why I am endorsing Hillary Clinton and why she must become our next president.

While Clinton wasn’t known as the first pick for many environmental activists, Sanders has helped the presumptive party nominee develop a more extensive climate policy.

Throughout the primaries, Sanders helped pull Clinton and the party to the left and take stronger climate action.

“Democratic voters have been fortunate to witness a vigorous and hard-fought campaign between two candidates with a clear and progressive vision for out country—which is exactly how it should be,” Michael Brune, Sierra Club executive director, said in a statement.

“Secretary Clinton and Senator Sanders made this campaign about ideas. Ideas on how to stop climate disruption while speeding our transition to clean, renewable energy and leaving fossil fuels in the ground. Ides on the importance of rejecting dangerous trade deals like the Trans Pacific Partnership. And ideas on how best to help those whose homes and lives have been wrecked by pollution.”

Not everyone was as pleased with the endorsement announcement, though. Several people took to Twitter to show their dislike of the news:

? It's better to Bern out than to fade away ?https://t.co/IHnk46BkkM

Not surprisingly, Donald Trump weighed in on the endorsement, too:

The Democratic National Convention will be held July 25-28 in Philadelphia.