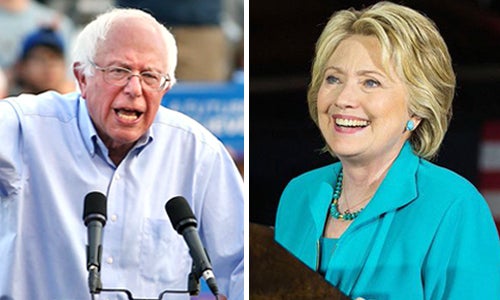 Hillary Clinton and Bernie Sanders are ramping up their green bona fides before the Golden State’s crucial Democratic primary Tuesday. The Democratic presidential candidates recently elaborated their national energy plans, with Sanders calling for a nationwide ban on fracking and Clinton pledging to use federal lands to enable the nation’s transition to more renewable energy. 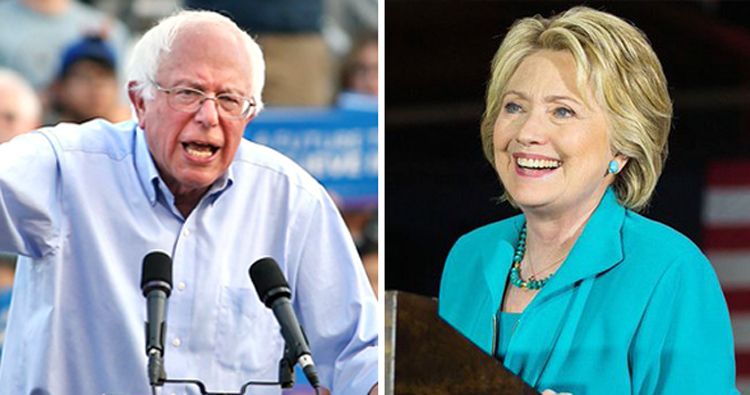 “If elected president, we will not need state-by-state, county-by-county action, because we are going to ban fracking in 50 states in this country,” the Vermont Senator said at a press conference in Spreckels, California. “I hope very much that Monterey County will continue the momentum that makes it clear that fracking is not safe, is not what we want for our kids.”

He also called Clinton out for being weak on fracking regulations. The former Secretary of State has been attacked for her enthusiasm for fracking and natural gas, and for saying at a December 2014 New York City speech before the League of Conservation Voters, “If we are smart about this and put in place the right safeguards, natural gas can play an important bridge role in the transition to a cleaner energy economy.”

Sec. Clinton does not support a ban on fracking. Instead, she would simply impose a few more regulations on it. Not good enough.

During his speech, Sanders said that the Democratic Party as a whole should also adopt a fracking ban on its platform.

“I would hope the Democratic Party makes it clear that it has the guts to stand up to the fossil fuel industry and tell them that their short-term profits are not more important than the health of our children or the future of our planet,” he said.

Sanders said he will be fighting Clinton all the way to the Democratic National Convention in late July, even though at this point it is mathematically impossible for him to win the nomination based on pledged delegates alone.

However, as Grist noted, even if he loses the nomination, one of the candidate’s biggest contributions is pulling Clinton and the party to the left. Additionally, as the publication observed, he was recently awarded five out of 15 slots on the all-important Democratic Party Platform Drafting Committee, ensuring that his environmental and progressive legacy will live on if he doesn’t win.

“Now, as we work to combat climate change and build America into the world’s clean energy superpower, our public lands can once again play a key role in unlocking the resources we need,” Clinton wrote in an editorial in the Mercury News published Wednesday.

As we celebrate 100 years of the @NatlParkService, Hillary has a plan to preserve America's 'best idea.'https://t.co/gqVXRZTiji

She continued, “We can accelerate our transition to a clean energy economy by increasing renewable energy generation on public lands and offshore waters tenfold within a decade.”

According to her campaign website, Clinton has set a goal to generate enough renewable energy to power every home in the country.

Clinton, who has a narrow two-point lead over Sanders in California, recently received a rare endorsement from the Natural Resources Defense Council (NRDC)’s Action Fund, the first time the NRDC has backed a presidential candidate.

“Hillary Clinton is an environmental champion with the passion, experience and savvy to build on President Obama’s environmental legacy,” Rhea Suh, president of the NRDC Action fund, said. “More than any other candidate running, Hillary Clinton understands the environmental challenges America faces, and her approach to solving them is grounded in the possibility and promise our democracy affords.”

"The future is at stake. And that’s why we’re with her." —@NRDC_AF on its first-ever presidential endorsement https://t.co/tH4uO2YpcA

He said that Clinton’s proposal pushes for reforms of oil and gas leasing programs, and “ends the debate once and for all surrounding offshore drilling in the Arctic and the Atlantic.”

“This detailed, specific plan also reaffirms our belief that everyone should have the same opportunities to enjoy and explore our parks, and boosts the American outdoor economy that creates jobs and generates billions of dollars. Additionally, Clinton is committing to protect our forests and expanding the resources available to fight devastating wildfires,” Brune added.

“We applaud this proposal that makes conservation central to Clinton’s campaign and offers powerful solutions to protect our treasured lands and make them more accessible and available for generations to come.”

The Sierra Club has not endorsed a presidential candidate.