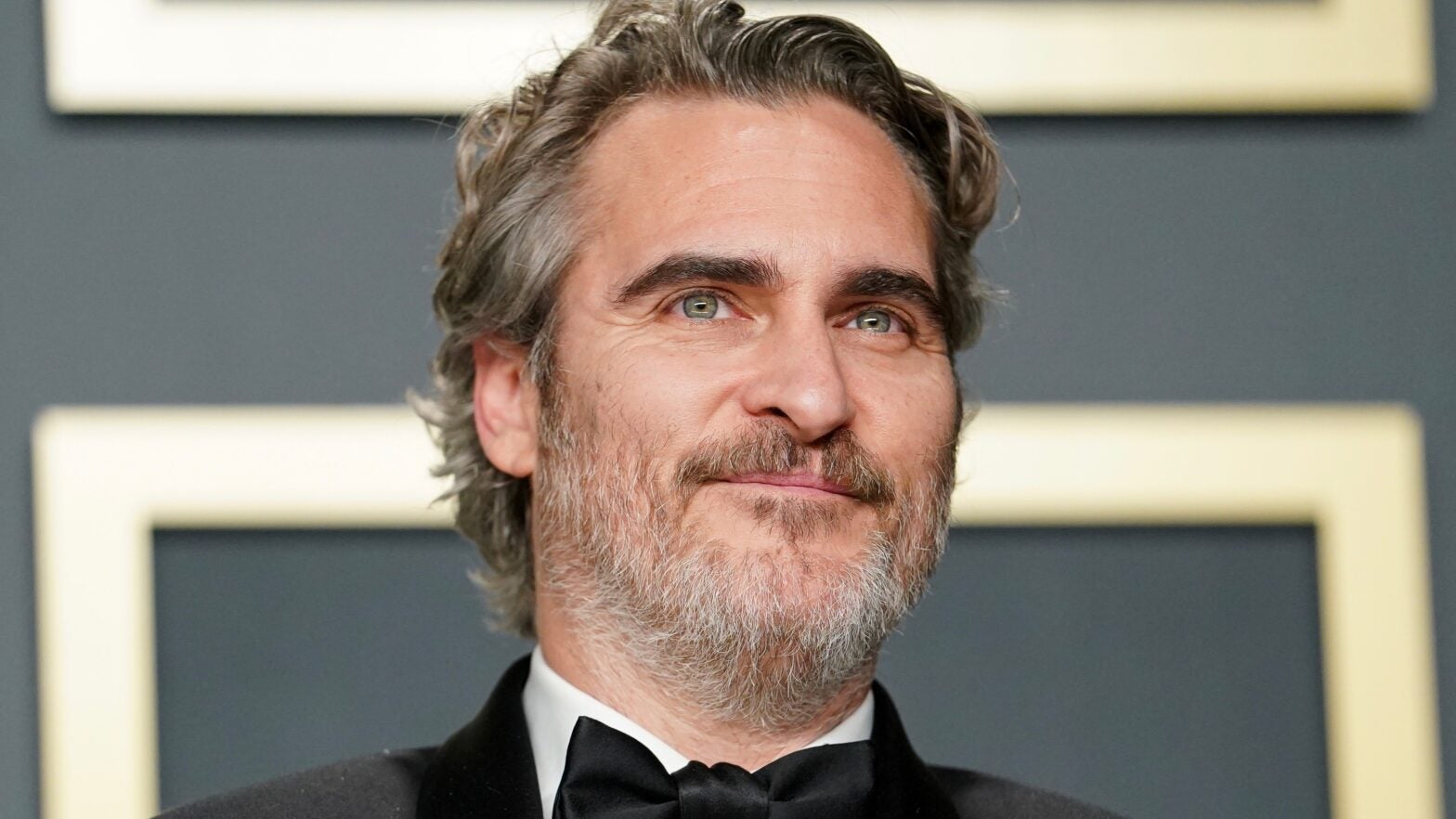 Joaquin Phoenix, winner of the Actor in a Leading Role award for "Joker," poses in the press room during the 92nd Annual Academy Awards at Hollywood and Highland on Feb. 9 in Hollywood, California. Rachel Luna / Getty Images

From sustainable fashion to vegan appetizers, green was the new gold at the 92nd Academy Awards Sunday.

“The Academy is an organization of storytellers from around the world, and we owe our global membership a commitment to supporting the planet,” the group wrote in a Jan. 27 statement reported by The Independent. “For the past decade, the Academy has been committed to reducing its carbon footprint. For the past seven years, the Oscars show has had a net zero carbon imprint. We continue to expand our sustainability plan with the ultimate goal of becoming carbon neutral.”

No dinner is served at the Oscars itself, but the Academy committed to serving only plant-based snacks in the lobby before the show, as well as at annual Oscar Nominees Luncheon in January.

The menu at the Governors Ball after-party, meanwhile, was 70 percent vegan and 30 percent vegetarian, meat and fish. But the Academy was mindful of the environment when selecting its animal-based dishes.

“All food served will be responsibly sourced and sustainably farmed. All fish served are listed on the Monterey Bay Aquarium Seafood Watch recommendation list,” the Academy wrote in its statement.

Vegan cookbook author and blogger Sam Turnball told Salon that the shift towards vegan eating both at awards shows and in everyday life reflected growing awareness of the climate crisis.

“For a long time, vegans were seen as weirdos,” Turnball said. “But now, with a ton of amazing documentaries, books, and media it has become more widely understood that being vegan or eating a plant-based diet is beneficial to the environment, our own health, and of course the animals.”

The Academy considered other environmental concerns as well: It also pledged to eliminate plastic bottles at all of its events.

Joaquin Phoenix Speaks for the Cows

Joaquin Phoenix, who continued his awards-season sweep when he won the Oscar for Best Actor for his role in Joker Sunday, has also been victorious in encouraging various award shows this year to go vegan. He has been credited with proposing the idea to the Screen Actors Guild and the Hollywood Foreign Press Association (HFPA), which organizes the Golden Globes, according to Salon. And he also convinced the Hollywood agency WME to give up animal products at its pre-Oscar party, Page Six reported.

In addition to his behind-the-scenes lobbying, Phoenix has used his acceptance speeches this year to highlight environmental issues. At the Golden Globes, he thanked the HFPA for “recognizing and acknowledging the link between animal agriculture and climate change.”

In his Oscar speech Sunday, Phoenix said he was grateful for the opportunity people in the entertainment industry had to “use our voice for the voiceless,” as The Guardian reported. He then went on to give an impassioned defense of human and animal rights:

Joaquin has dedicated his life to ending speciesism and that speech was proof that he is never afraid to speak up for ALL beings. #Joker #Oscars #EndSpeciesismpic.twitter.com/FUJ6xPfSjD

We’re talking about the fight against the belief that one nation, one people, one race, one gender, one species, has the right to dominate, use and control another with impunity.

I think we’ve become very disconnected from the natural world. Many of us are guilty of an egocentric world view, and we believe that we’re the centre of the universe. We go into the natural world and we plunder it for its resources. We feel entitled to artificially inseminate a cow and steal her baby, even though her cries of anguish are unmistakeable. Then we take her milk that’s intended for her calf and we put it in our coffee and our cereal.

His words won him the praise of People for the Ethical Treatment of Animals (PETA), which retweeted his speech.

Not all Oscar guests used words to make a statement.

Actress Saoirse Ronan recycled the black part of her Gucci dress from another dress she had worn at the British Academy of Film and Television Arts Awards last week. And actress Elizabeth Banks wore a red Badgley Mischka dress she had donned for the Vanity Fair Oscars Party in 2004.

“It’s gorgeous and it fits…so why not wear it again?!” she wrote in an Instagram post, going on to explain that she was trying to raise awareness about “the importance of sustainability in fashion and consumerism as it relates to climate change, production & consumption, ocean pollution, labor & women.”

Actresses Kaitlyn Dever and Léa Seydoux wore new Louis Vuitton gowns that were nevertheless ethically made as part of the Red Carpet Green Dress initiative, which has been promoting ethical, sustainable fashion at the Oscars for 11 years.