Check Out the Greenest Looks From This Oscars’ Red Carpet 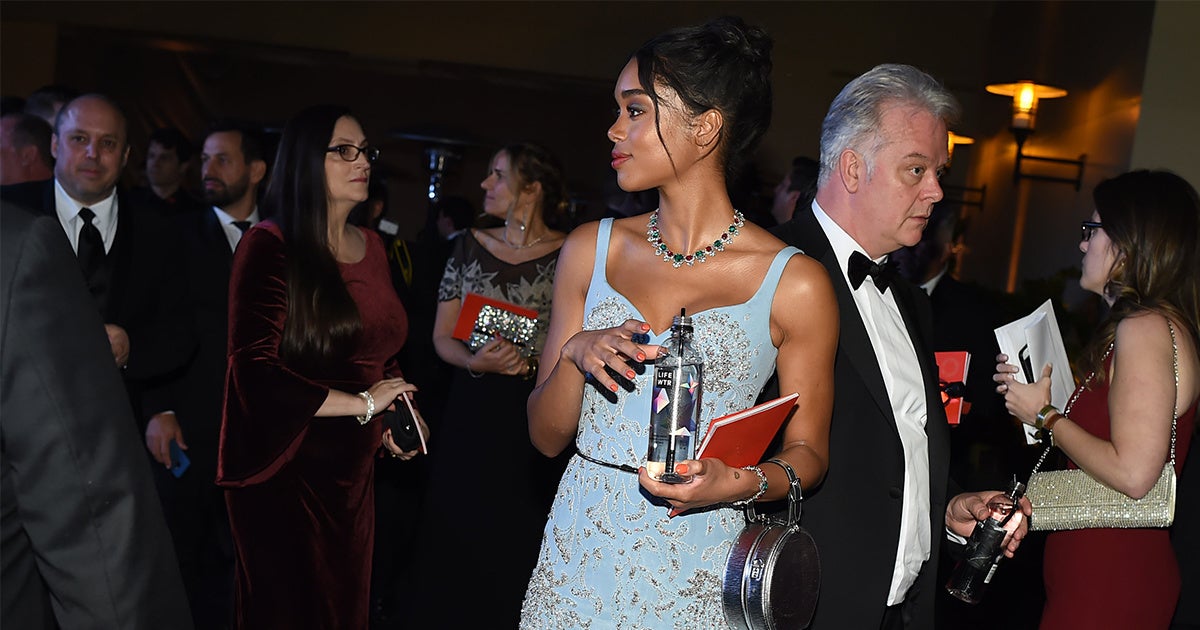 There were plenty of fabulous looks on the Red Carpet for the 91st Academy Awards Sunday night, but two in particular stood out for their sustainability.

Actresses Laura Harrier and Danielle Macdonald served as this year’s ambassadors for the Red Carpet Green Dress (RCGD) campaign, which works to promote ethical, eco-friendly fashion at the Oscars and celebrated its 10th anniversary this year, according to The Hollywood Reporter.

Harrier, who starred in Spike Lee’s BlacKkKlansman, wore a Louis Vuitton gown made with TARONI SPA blue crepe silk certified by the Global Organic Textile Standards (GOTS). It was also hand embroidered with glass beads, Swarovski crystals and sequins by Vermont Paris according to the harm-free textile standards set by the STANDARD 100 by OEKO-TEX® label, RCGD reported.

She has arrived! BlacKkKlansman lead actress, @LauraHarrier, has wowed the crowd as she arrived at the 91st Academy Awards wearing a bespoke ethical gown made by @LouisVuitton and @Bulgariofficial jewellery. For more – https://t.co/tQVe7b1YD1 #RCGD10 #Oscars2019 pic.twitter.com/GgqIEMHcdq

“I am so incredibly honored to be attending with Red Carpet Green Dress,” Harrier told W in an interview. “The gown is made of blue crepe silk developed with efforts to eliminate all global hazardous chemical use. The handmade embroidery required more than 450 hours of work: glass beads, crystal shards, and sequins were specifically chosen to meet human-ecological requirements.”

Macdonald, her fellow ambassador, who acted in the Oscar-nominated short film Skin and is also famous for Bird Box and Dumplin’, wore a red Christian Siriano gown dyed with vegetable dye, RCGD said. The sleeves were made with recycled tulle.

“I’ve had some incredible red carpet moments in my career but I’m particularly excited about this design as it has the potential to change the world,” Siriano said in the RCGD press release. “I want to show people that eco-friendly, ethical and sustainable fashion can also be beautiful.”

“I’ve had some incredible red carpet moments in my career but I’m particularly excited about this design as it has the potential to change the world," says @CSiriano. "I want to show people that eco-friendly, ethical & sustainable fashion can also be beautiful.” #Oscars2019 #RCGD pic.twitter.com/0ZPvPd1IKh

Macdonald also expressed her excitement to wear the dress.

“I think it’s a really incredible thing, we need to pay more attention to our environment, and this is another way we can do it. Sustainable fashion is something we need to think about, because the amount of clothes that get thrown out is crazy,” Macdonald said at a pre-Oscar party hosted by RCGD, according to The Hollywood Reporter.

Indeed, according to the U.S. Environmental Protection Agency, rubber, leather and textiles made up more than nine percent of municipal solid waste in 2014, for a total of about 23.27 million tons.

RCGD was founded in 2009 by Suzy Amis Cameron, who was inspired to start the initiative during the press tour for her husband James Cameron’s film Avatar.

Thank you to our Founder, @suzymusing, who makes all this possible!
“Over the past few years, #RCGD has become an internationally recognized #sustainable fashion campaign which continues to honour both environmental #consciousness & social responsibility.” – Suzy Amis Cameron. pic.twitter.com/BouwTVagul

“To qualify as a RCGD eco-conscious garment, each piece must either be made from sustainable materials, including organic, recycled or repurposed fibers. Other features include using hand-made detailing or incorporating natural dye processing, with a dedicated focus on minimal negative impact on the environment, and environmentally and socially responsible design,” RCGD explains.

In previous years, RCGD has worked with designers like Vivienne Westwood, Armani and Reformation and stars including Naomie Harris, Emma Roberts, Kellan Lutz and Lakeith Stanfield, according to The Hollywood Reporter.