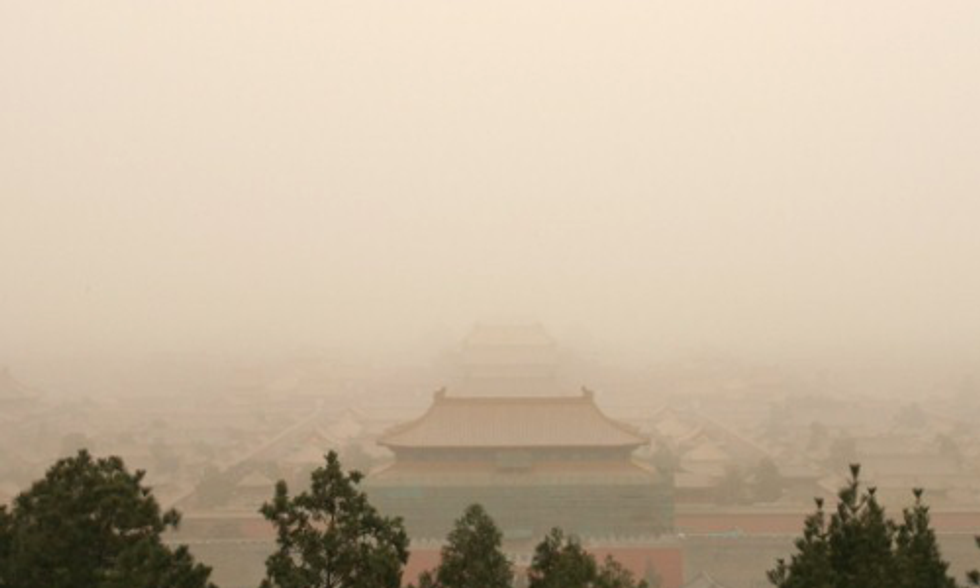 Residents in twenty-nine Chinese cities experienced more than a month of "emergency" air pollution levels last year, according to an analysis of newly published data by Energydesk and Greenpeace East Asia.

This analysis came after a winter of soaring air pollution levels in China’s cities and as the country's leaders “declared war on air pollution,” comparing the issue to poverty and capping or cutting coal use in many regions.

China's capital declares an air pollution emergency when levels of fine particulates (PM2.5) breach the emergency level of 150 micrograms per cubic meter or more in a day. The emergency threshold of PM2.5 correlates closely to the "very unhealthy" band of the U.S. Environmental Protection Agency’s Air Quality Index.

When Beijing's emergency threshold has been passed, alerts are issued on the radio and TV. Then action is taken depending on the severity of the air pollution—such as reducing numbers of cars on the road, restricting "vulnerable" groups such as the elderly and children indoors, and instructing power plants to cut emissions. Measures such as these were taken this winter during particularly bad episodes.

PM 2.5 is small enough to penetrate the lungs, which is why long-term exposure can lead to heart disease, strokes and lung disease, including cancer, according to the World Health Organization. In the short-term, it can also trigger asthma attacks.

Xingtai, a city in the heavily-industrial Hebei province to the southwest of Beijing, suffered more than double the amount of days above the emergency level than Beijing.

Xingtai’s 7.1 million citizens experienced 129 days of emergency level air pollution—more than a third of a year blanketed in pollution—whereas Beijing’s 11 million residents experienced 60 days. Shijiazhuang, at number two, is the capital of Hebei. In fact, seven of the top ten cities are in Hebei province.

Harbin, a city to the northeast of Beijing, was covered in the international media for some off-the charts daily highs of PM2.5 at 756 micrograms per cubic meter at its peak. But Harbin was exposed to less emergency level days than Beijing—at 50—and made number 16 in the league table.

In the map, the size of the bubbles represent the number of days China’s cities were at air pollution emergency levels. It shows there are concentrations of exposure to dangerous levels of air pollution in two main areas: south of Beijing in the industrialized provinces of Hebei, Shandong and Henan; and to the west and northwest of Shanghai, in another industrial heartland.

Visit EcoWatch’s ENERGY and HEALTH pages for more related news on this topic.