Why Coconut Oil Is King 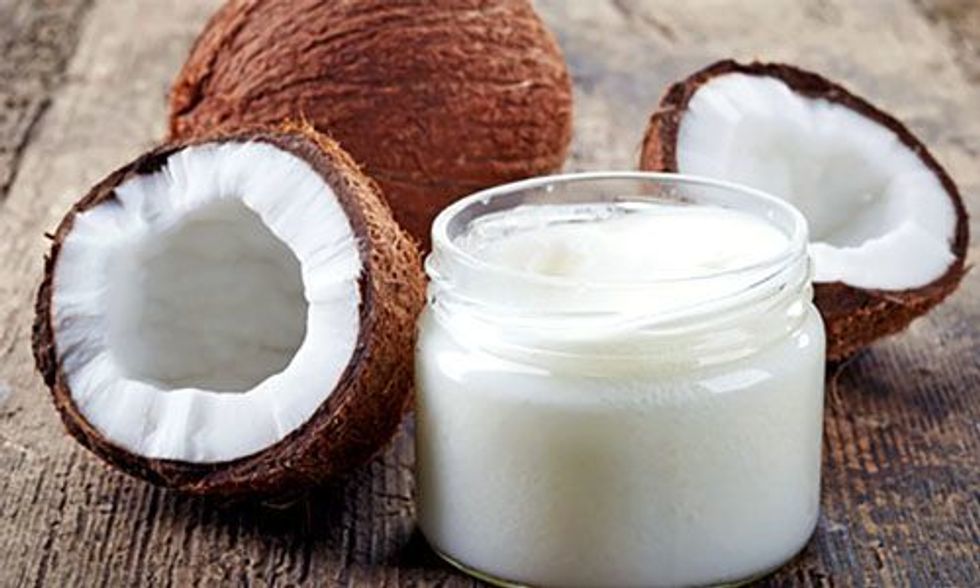 Every time we cover research indicating that fat hurts your body, the immediate response is, "What about coconut oil?" Now, we have a great answer for you: Yes, it is a better option than the fats you'll usually find lurking in processed food, according to University of California, Riverside researchers.

The researchers found that, compared to mice fed a high-fat diet based on coconut oil, mice fed a high-fat diet based on soybean oil gained more weight, had larger fat deposits and had increased instances of fatty liver with signs of injury, diabetes and insulin resistance. In fact, the mice on the soybean oil diet gained 25 percent more weight than the mice on the coconut oil diet did.

"Since the 1950s, global production of this 'king bean' has skyrocketed, increasing 15 times over," says Jayson Calton, PhD, one of the authors of The Mirconturient Miracle. "Soybean oil, often listed as vegetable oil on labels, makes up 27 percent of the worldwide oil production, making it one of the most common forms of oil at the dinner table."

"There seems to be a ton of oils, margarines, and shortenings claiming to be healthy alternatives to saturated fats, such as butter, ghee, lard, tallow, duck fat, cream, palm oil and coconut oil," adds Mira Calton, CN, the other author of The Mirconturient Miracle. "Well, we are here to tell you that with the exception of the sparing use of organic extra-virgin olive oil, avocado oil, macadamia nut oil, flaxseed oil and chia oil, none of them are included in the Micronutrient Miracle plan."

One aspect that the researchers didn't evaluate was the fact that most soybean oil comes from GMO soy.

"According to 2014 U.S. Department of Agriculture (USDA) statistics, 94 percent of the U.S. soy produced is genetically modified" adds Jayson. "We don’t just avoid  crops because of the lack of long-term safety data. We also dodge them because they are mineral deficient due to being sprayed with dangerous glyphosate, aka Roundup."

8 Superfoods You Don’t Even Know About

12 High-Carb Foods That Are Incredibly Healthy for You