What Bill Nye Got Right About GMOs 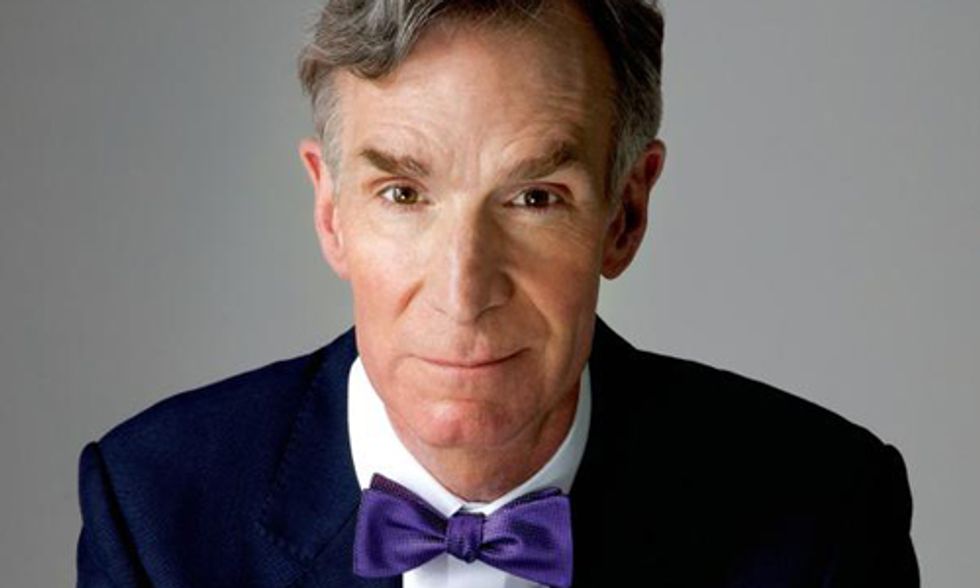 Twitter is still buzzing with the news that Bill Nye the Science Guy—every elementary school’s favorite scientist—said he changed his mind about GMOs.

Monsanto may have wooed Bill Nye into changing his mind, but the reality that genetically modified corn and soy are bad for the environment and bad for human health is undeniable.

Perhaps not surprisingly, this change of heart happened after the Science Guy made a visit to agribusiness giant Monsanto. Afterward, he said in a widely shared video that he plans to revise a chapter of his year-old book, “Undeniable:”

It’s about genetically modified food. I went to Monsanto and I spent a lot of time with the scientists there and I have revised my outlook and I'm very excited about telling the world.

Here’s what he wrote in Undeniable about the effects of GMOs—specifically about corn that has been genetically modified to resist Monsanto’s Roundup herbicide:

Monarch butterflies make an extraordinary four-thousand-kilometer trip from Canada to Mexico every year. When they emerge as caterpillars they feed on milkweed leaves. The herbicide Roundup, used by corn farmers to improve productivity by killing weeds, also kills milkweed plants. Genetically modified corn that resists Roundup has also been developed, which enables corn farmers to use more of the herbicide instead of tilling their fields. That practice seems to be inadvertently eliminating large areas of potential Monarch butterfly breeding habitats.

Bill Nye had that right. Several peer-reviewed studies have documented the link between increased cultivation of genetically engineered corn and declines in monarch populations. Professor Karen Oberhauser, a leading ecologist at the University of Minnesota, recently made the alarming discovery that monarch populations in Mexico hit an all-time low in 2014.

“Tragically, much of their breeding habitat in this region has been lost to changing agricultural practices, primarily the exploding adoption of genetically modified, herbicide-tolerant crops in the late 20th and early 21st centuries,” Oberhauser said at a January press conference in Mexico.

The decline in the monarch population is so dire that several environmental organizations are pushing to put monarchs on the federal Endangered Species list.

But butterflies aren’t the only creatures at risk. As I’ve written before, in people, exposure to glyphosate, the main chemical ingredient in Roundup, doubles the risk of non-Hodgkin lymphoma, a blood cancer.

Herbicide-tolerant corn and soybeans, which account for 80 percent of the farm acreage devoted to growing GMOs, have led to a 20 percent increase in the use of glyphosate. This, in turn, has resulted in the appearance of “superweeds” that are resistant to the Monsanto product. In an effort to manage the glyphosate-resistant “superweeds,” industry is now genetically engineering new crops to withstand herbicides that are even more toxic, posing new environmental and human health threats to farms and their surroundings.

Bill Nye was right when he pointed out the environmental damage that genetically modified corn and soy have done to the landscape.

Monsanto may have wooed him into changing his mind, but the reality that genetically modified corn and soy are bad for the environment and bad for human health is undeniable.

Has Bill Nye Changed His Mind on GMOs?

K-Cup Inventor Admits He Doesn’t Have a Keurig, Regrets Inventing Them … Find Out Why