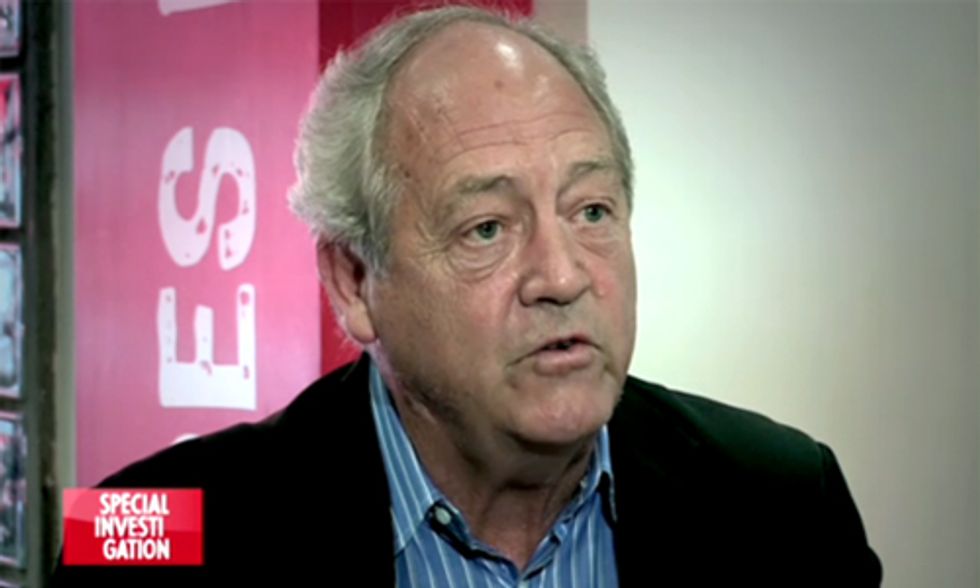 [Editor's note: Not sure if glyphosate, the toxic active ingredient in the Monsanto’s flagship herbicide Roundup, is safe? This week it was “classified as probably carcinogenic to humans” according to a new report from the International Agency for Research on Cancer (IARC), the Word Health Organization’s France-based cancer research arm.]

Here’s a lesson for lobbyists: eating your words is a lot safer than drinking the poison you sell.

Today’s lesson is brought to you by Dr. Patrick Moore, who has worked for pesticide manufacturers like Monsanto, refusing to drink Monsanto’s product just seconds after claiming it’s safe to do so:

Once upon a time, Dr. Patrick Moore was an early Greenpeace member. Now he is a public relations consultant for the polluting companies that Greenpeace works to change: Big Oil, pesticides and GMO agribusiness, forestry, nuclear power … anyone who puts up the money for truth-benders who appear to carry scientific and environmental authority.

This is the best gotcha-moment I’ve seen on camera since tobacco lobbyist Joe Bast, CEO of The Heartland Institute, was forced to acknowledge and re-affirm his denial that smoking cigarettes is bad for your health, courtesy of Lee Fang for Republic Report.