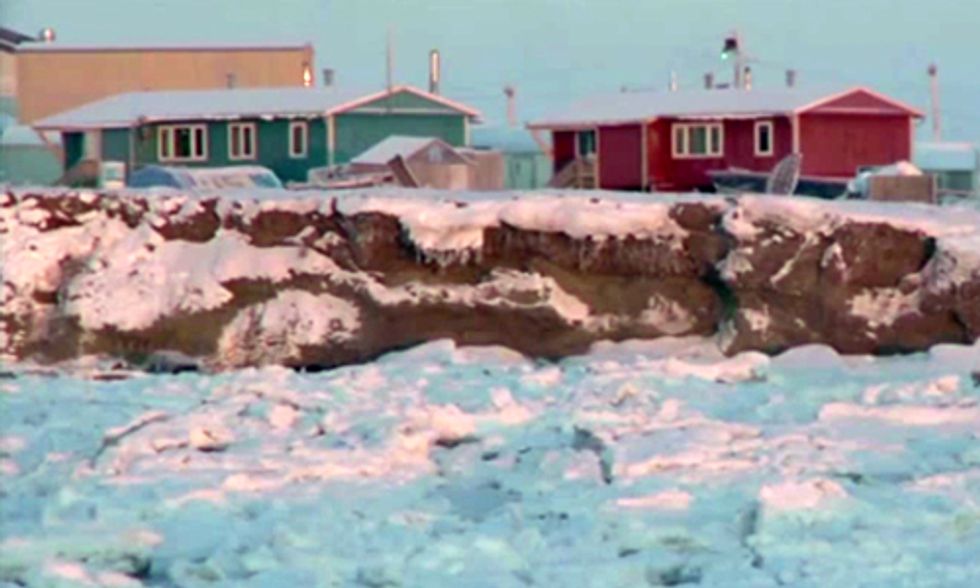 Marianne Hougen-Moraga from Denmark explores in her short film Vanishing World—part of the Action4Climate video competition—how people from the remote Alaskan village of Newtok are directly affected by climate change. Their village is literally sinking and now they are starting to build America's first climate-change refugee camp.

The film uses the native storytelling technique of stream of consciousness where members of the community share their fears of the changing land beneath their feet and the need to relocate.

Unfortunately, Alaska is not alone as many other communities are facing relocation due to climate change. Villages in Fiji are being forced to relocate because of rising seas. Last year there was a court case in New Zealand where an immigrant from the Pacific Island of Kiribati fought—and failed—for climate refugee status, arguing that sea level rises made it too dangerous to return home.

The World Bank painted a stark picture of our warming world in its Turn Down the Heat report last year. They warned that millions would be left trapped in poverty as temperatures rise, with two degree Celsius and four degrees Celsius of warming expected to put serious strain on agricultural production, water resources and coastal communities.