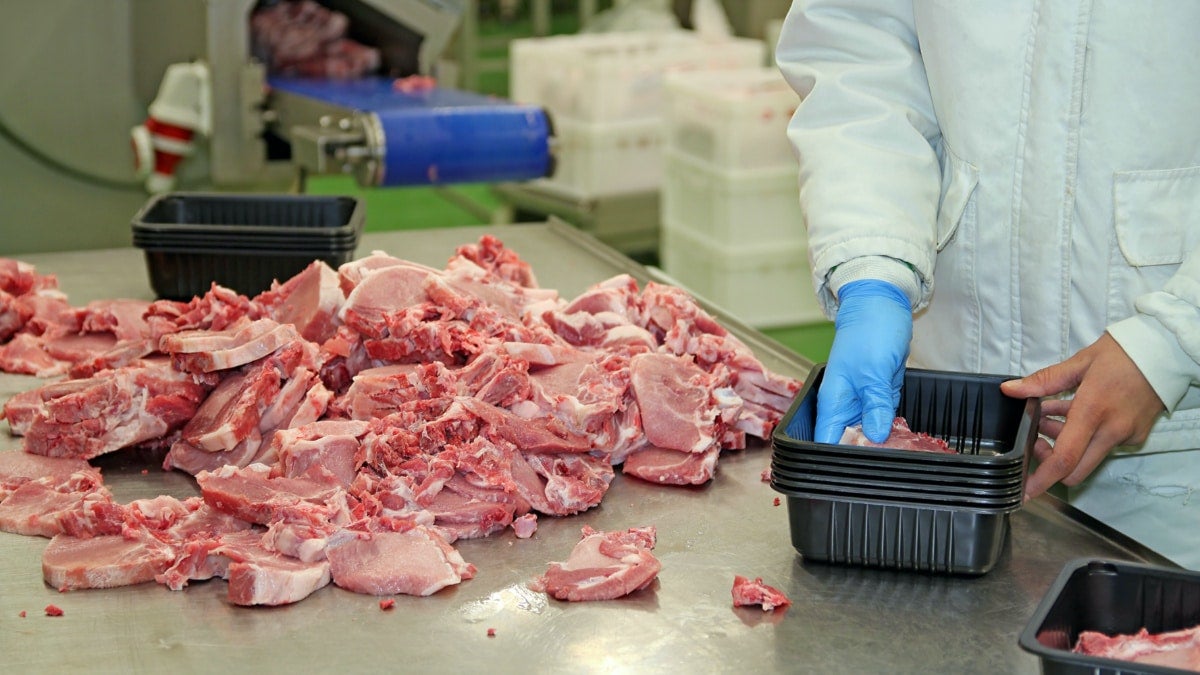 The USDA and the meatpacking industry worked together to downplay and disregard risks to worker health during the COVID-19 pandemic. RGtimeline / Getty Images

The U.S. Department of Agriculture (USDA) and the meatpacking industry worked together to downplay and disregard risks to worker health during the Covid-19 pandemic, as shown in documents published Monday by Public Citizen and American Oversight.

The documents also show that the North American Meat Institute repeatedly requested that USDA Secretary Sonny Perdue discourage workers who were afraid to return to work from staying home, that meatpacking plants asked the USDA to intervene on multiple occasions when state and local governments either shut them down over health and safety concerns or sought to impose worker health and safety standards, and that pork producer and food processing giant Smithfield Foods repeatedly requested that the USDA “order” it to reopen its meat processing plant in Sioux Falls, South Dakota—even though the agency lacks the legal authority for such a move.

“While we knew that the meatpacking industry was lobbying the Trump administration to take steps to protect its profits regardless of the cost to workers’ lives, the degree of collaboration these documents show is astounding,” said Adam Pulver, attorney for Public Citizen.

“As outbreaks continue to emerge in meatpacking plants, it is stunning to see the cavalier attitude officials took to the health and safety of workers in the early part of the pandemic,” Pulver added. “To the extent that the USDA impeded the efforts of state and local governments to contain the virus, the blood of meatpacking workers is on their hands.”

According to July data from the U.S. Centers for Disease Control and Prevention (CDC), 23 states reported Covid-19 outbreaks in meat and poultry processing facilities, with 16,233 cases and 86 deaths reported in 239 facilities. Fully 87% of those cases occurred among racial or ethnic minorities. The problem is global, with other countries from Britain to Brazil reporting widespread Covid-19 infection among their meatpackers.

A common theme connects all of these outbreaks around the world, critics said Tuesday—the prioritization of profit over people.

“During a global pandemic, Americans should be able to trust that public health experts are drafting public health standards, not big businesses looking out for their bottom lines,” said Austin Evers, executive director at American Oversight. “This is corruption that came at the cost of lives and safety. Making matters worse, we know now that Trump knew the coronavirus was a deadly threat even while he played it down and took steps he knew were at odds with what experts advised.”

The poultry industry, already the target of a massive class-action lawsuit alleging some of the biggest animal agriculture corporations in the nation conspired to suppress worker wages and benefits, has been roiled by accusations of worker mistreatment during the pandemic.

“For us employees that work in production, we are treated like modern-day slaves,” Tara Williams, an employee at a Tyson Foods poultry plant in Camilla, Georgia, told The Guardian in May.

“It was like they were keeping a secret,” Williams said of Willis’ death. “It took them about two weeks just to put a picture up, to acknowledge that she had died.”

In related news, the U.S. Occupational Safety and Health Administration fined Smithfield’s Sioux Falls plant just ,494 last Thursday for failing to take adequate steps to contain the virus, leading to the infection of more than 1,200 plant employees and the deaths of four plant workers between March and June. Critics said the fine isn’t nearly enough.

Meatpacking union @UFCW, which reps workers at this plant (four of whom died), slams OSHA for the small $13k fine against Smithfield for COVID hazards: ‘OSHA has been asleep at the switch throughout this pandemic’ https://t.co/hQ65ro0MCT

The United Food and Commercial Workers (UFCW) International Union, which represents Smithfield Foods workers, slammed the fine as “insulting and a slap on the wrist.”

“How much is the health, safety, and life of an essential worker worth? Based on the actions of the Trump administration, clearly not much,” said UFCW president Marc Perrone.

“This so-called ‘fine’ is a slap on the wrist for Smithfield, and a slap in the face of the thousands of American meatpacking workers who have been putting their lives on the line to help feed America since the beginning of this pandemic,” Perrone added.

Other critics, including vegans, vegetarians, and animal rights and environmental advocates argued that the accelerated spread of Covid-19 from meatpacking facilities is but the latest compelling argument in favor of reducing—or eliminating—meat consumption.

“We know that Covid-19 originated in a meat market and that previous influenza viruses originated in pigs and chickens,” People for the Ethical Treatment of Animals (PETA) said in April amid news that a Foster Farms slaughterhouse in Livingston, California was ordered closed by local health authorities due to a Covid-19 outbreak that killed eight employees.

THIS IS OUTRAGEOUS!@SmithfieldFoods allegedly took NO PRECAUTIONS to protect the safety of its workers, leaving over 600 employees infected with #COVID19.

The pork industry is so greedy that it is willing to kill pigs and harm employees just for money! https://t.co/ck4Byxf1SJ