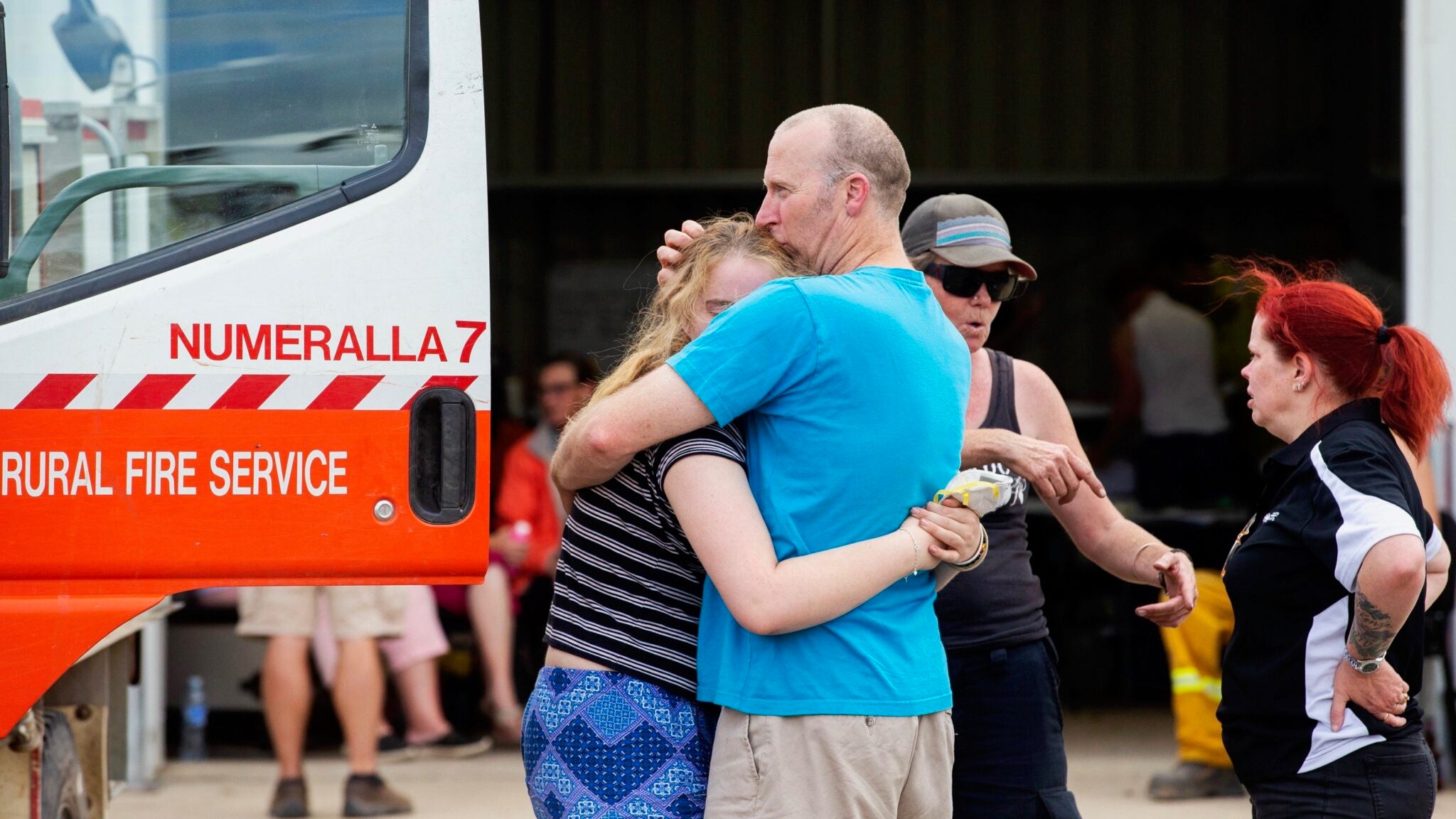 The firefighters took off in a C-130 water tanker at 1 p.m. to fight a blaze near the Snowy Mountains in the Australian state of New South Wales (NSW), according to The Sydney Morning Herald. The plane then disappeared from radar.

“It’s just a ball of flames … over,” a nearby plane told flight control of the crash, as The Sydney Morning Herald reported.

The Sydney Morning Herald reported that the plane disappeared from radar a little after 2 p.m., while Rural Fire Service Commissioner Shane Fitzsimmons said in a news conference that contact was lost with the plane before 1:30 p.m., USA Today reported.

DeMorgan was a father of two who served 18 years as an engineer on the C-130 in the U.S. Air Force.

Hudson was a veteran who had served for 20 years in the U.S. Marines, reaching the rank of lieutenant colonel before retiring.

Their deaths bring the death toll of the Australian wildfires up to 32 overall since September, NPR reported. More than a dozen of those killed have been firefighters.

The devastating blazes have also burned an area larger than Pennsylvania, destroyed 2,500 homes and killed more than a billion animals. The climate crisis has made Australia’s natural bushfires more dangerous and extreme, Australia’s Climate Council has found.

“The fire season is still far from over and today we’ve seen, again, tragic consequences, where three people have lost their lives,” NSW Premier Gladys Berejiklian said in the wake of the three firefighters’ deaths, as NPR reported. “Our thoughts and prayers and heartfelt condolences go to their families.”

Berejiklian said that flags would fly at half-mast Friday as a sign of respect.

Out of respect for the three US firefighters who lost their lives operating a Large Air Tanker, flags will fly at half mast in NSW tomorrow.

Coulson has grounded the rest of its firefighting aircraft as a safety measure while it investigates the cause of the crash, which is still unknown, according to USA Today. This will reduce the air power available to the 1,700 firefighting volunteers and personnel still battling the flames.

There are currently five fires burning at the highest “emergency warning” level in NSW and near the Australian capital of Canberra.

The fire near Canberra has burned almost 1,000 square miles and is considered out of control, according to NPR.

The U.S. has sent more than 200 people to Australia to help fight the fires, CNN reported. It said Wednesday it would send another two 20-person crews.

“Our hearts go out to their loved ones. They were helping Australia, far from their own homes, an embodiment of the deep friendship between our two countries,” she said in a statement reported by USA Today.