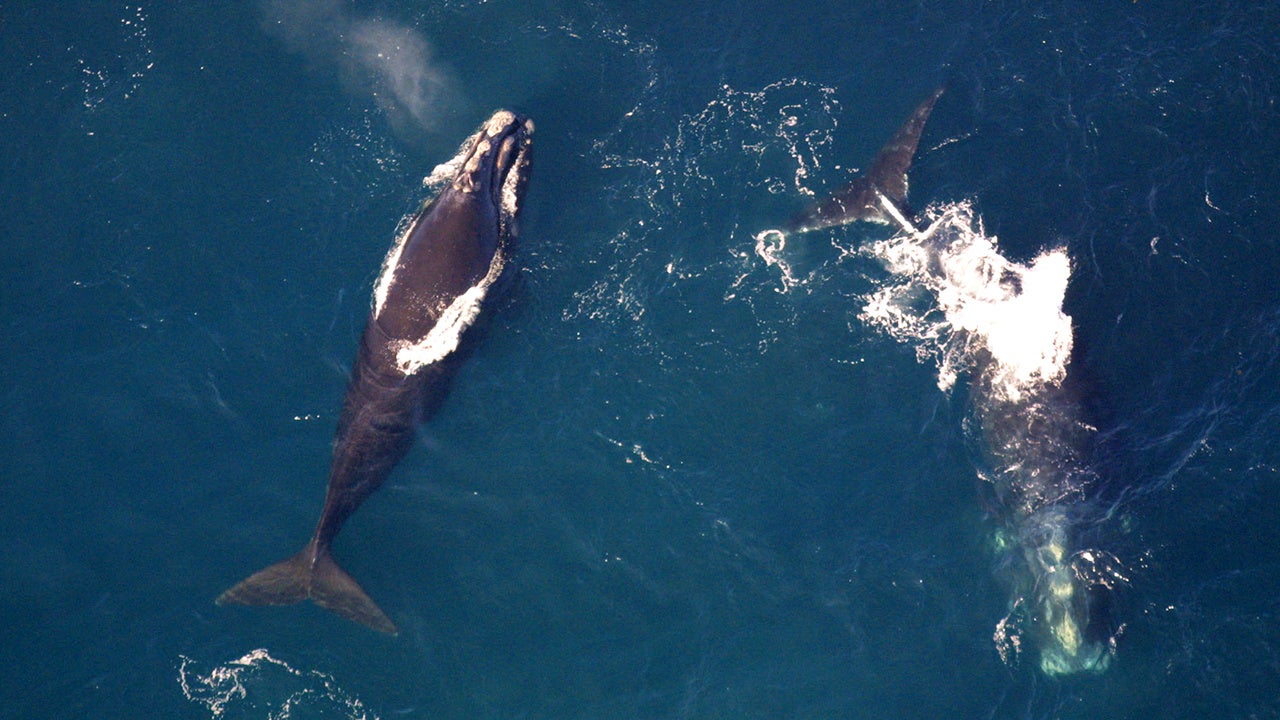 Public Employees for Environmental Responsibility on Thursday accused NOAA of ignoring its own scientists' findings about the endangerment of the North Atlantic right whale. Lauren Packard / Flickr / CC BY 2.0

As the North Atlantic right whale was placed on the International Union for Conservation of Nature’s list of critically endangered species Thursday, environmental protection groups accusing the U.S. government of bowing to fishing and fossil fuel industry pressure to downplay the threat and failing to enact common-sense restrictions to protect the animals.

Only 400 right whales are left in existence, and fewer than 250 of them are mature, leading the IUCN to drop its “endangered” classification for the whale and add it to its “critically endangered” Red List.

According to Public Employees for Environmental Responsibility (PEER), NOAA has access to extensive science showing the danger in which humans have placed the whales, but internal emails show the agency aimed to put a positive spin on the outlook for the creatures.

Emails from February 2020 show career scientific staff writing that political officials within the agency were “freaked out” at the notion of the press reporting on Dragon, a female right whale who has not been seen in months and is presumed dead.

“But they’d be all over another calf sighting,” NOAA Fisheries biologist Tim Cole wrote.

“Ah, I see. They only want to share the good news, not the bad,” replied Allison Henry, another scientist at the agency.

According to PEER, 100% of North Atlantic right whale fatalities are caused by boats striking them and by entanglements in fishing gear.

In addition to fishing boats and 900,000 vertical lines that right whales are forced to navigate during lobster season, the whales’ wellbeing is threatened by seismic airgun blasts conducted by oil and gas companies for offshore drilling.

In March, Democracy Forward called on the inspector general of the U.S. Commerce Department to investigate whether political appointees at NOAA had altered career scientists’ proposed conservation measures regarding the blasts.

Reports that appointees modified scientists’ warnings “raise troubling questions about whether political appointees at NOAA violated federal law and NOAA’s own Administrative Order on Scientific Integrity, which mandates that in ‘no circumstance may any NOAA official ask or direct Federal scientists or other NOAA employees to suppress or alter scientific findings,'” Democracy Forward said.

“In reportedly bowing to political pressure and altering required scientific analysis in the policymaking process, NOAA appointees may have violated federal law and NOAA’s own regulations, and jeopardized the very survival of the North Atlantic right whale,” said Democracy Forward senior counsel Michael Martinez at the time. “The Trump administration’s practice of injecting politics into the scientific decision-making process risks NOAA’s credibility as a fact and science-driven agency. An investigation is warranted.”

PEER called for a similar probe in 2019 when the National Marine Fisheries Service reportedly omitted scientific research about endangerment in its reporting on the right whale, but neither investigation has been completed.

NOAA has also failed to aggressively restrict the activities of fishing boats even when the agency is aware of right whales in a particular offshore area, PEER said Thursday.

In June, one of just 10 calves born this season was struck by a boat and killed off the coast of New Jersey, where officials had not issued a speed warning to vessels. Warnings are only issued when at least three right whales are known to be in an area.

“At the very least, NOAA must alert vessels when any right whale is in the area of shipping lanes,” Bennett said.

The effects of NOAA’s negligence on right whales has been compounded by President Donald Trump’s June executive order permitting commercial fishing in the Northeast Canyons and Seamounts Marine National Monument, said the Center for Biological Diversity on Thursday.

Weeks after Trump opened the Atlantic's only marine sanctuary to commercial fishing, endangered Atlantic right whales have now been declared critically endangered. The reason for their deadly decline since 2011? Commerical fishing. https://t.co/vbzqmAYg4S

“The United States and Canada must do more to protect whales from speeding ships and slow, painful deaths in fishing gear,” said Kristen Monsell, legal director of the Center for Biological Diversity’s oceans program. “We should be closing more right whale habitat to fishing, speeding the transition to ropeless gear and requiring large ships to slow down. These are some common-sense measures both U.S. and Canadian officials should adopt to save these beautiful whales.”