‘This Will Be the Biggest Loss of Clean Water Protection the Country Has Ever Seen’: Trump Finalizes Clean Water Rule Replacement 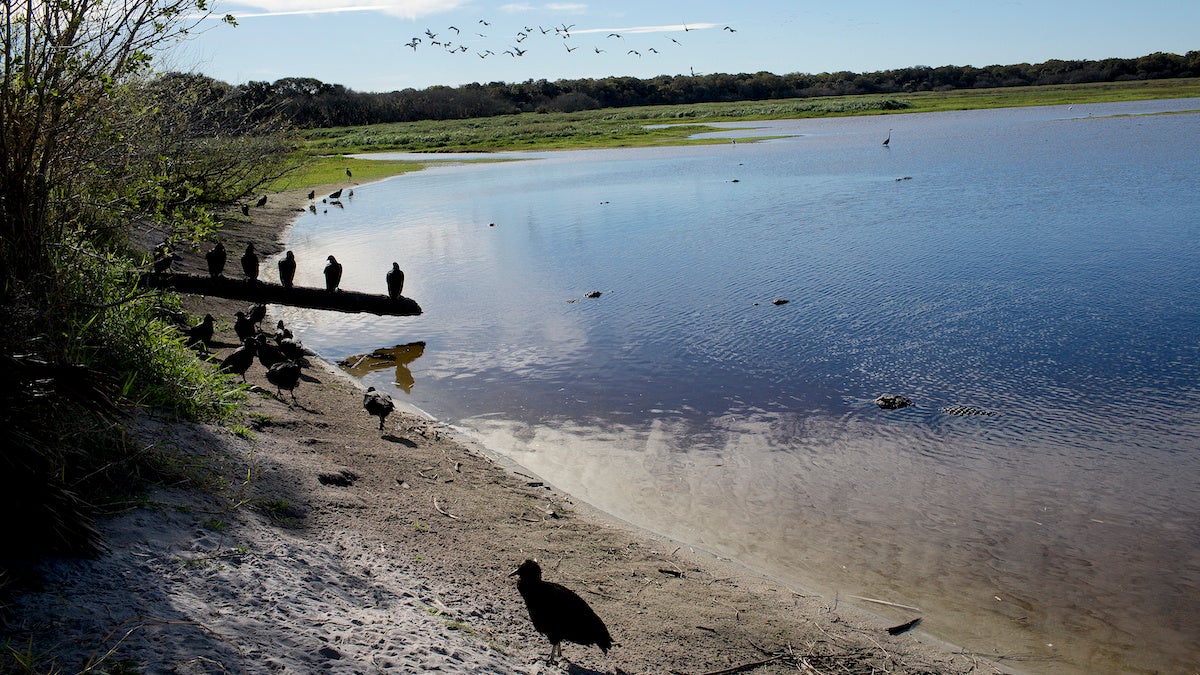 Myakka River State Park outside of Sarasota, Florida on Dec. 30, 2016. The park is a small preserve of rare protected habitat along Florida's Gulf Coast, a region that has seen intense development and population growth. Andrew Lichtenstein / Corbis via Getty Images

Today, the Trump administration will finalize its replacement for the Obama-era Waters of the United States (WOTUS) rule in a move that will strip protections from more than half of the nation’s wetlands and allow landowners to dump pesticides into waterways, or build over wetlands, for the first time in decades.

President Donald Trump has been working to undo the 2015 rule since he took office, but his replacement goes even further, The New York Times explained. In addition to rolling back protections for some wetlands and streams that run intermittently or temporarily underground, it will also get rid of a requirement that landowners seek permits from the U.S. Environmental Protection Agency (EPA), which had considered permits on a case-by-case basis before 2015.

“This will be the biggest loss of clean water protection the country has ever seen,” Southern Environmental Law Center lawyer Blan Holman told The New York Times. “This puts drinking water for millions of Americans at risk of contamination from unregulated pollution. This is not just undoing the Obama rule. This is stripping away protections that were put in place in the ’70s and ’80s that Americans have relied on for their health.”

The administration announced the repeal of the WOTUS rule, also known as the Clean Water Rule, in September of 2019. That rule had expanded the definition of “waters of the United States” under the 1972 Clean Water Act from larger bodies of water to include streams and wetlands. The rule was controversial before Trump took office. Many farmers and businesses thought it gave the federal government too much power, and court rulings had suspended it in 28 states.

Trump appealed to this logic when he touted his repeal Sunday at the American Farm Bureau Federation Annual Convention and Trade Show in Austin, Texas.

“I terminated one of the most ridiculous regulations of all: the last administration’s disastrous Waters of the United States rule,” he said. “Thank you. It’s gone. That was a rule that basically took your property away from you.”

However, the rule was also based on a review of 1,200 scientific studies that found that streams and wetlands were connected to waters downstream. And legal experts say Trump’s replacement goes even further than repealing the 2015 rule to deny decades-old protections to smaller headwaters.

“This is rolling back federal jurisdiction of the Clean Water Act further than it’s ever been before,” Vermont Law School environmental law professor Patrick Parenteau told The New York Times “Waters that have been protected for almost 50 years will no longer be protected under the Clean Water Act.”

The science behind Trump’s new rule is already being challenged, including by some of Trump’s own appointees.

Late in 2019, the EPA’s Scientific Advisory Board, which is staffed with many Trump picks, questioned the science behind three of the administration’s deregulatory moves, including its WOTUS repeal. The board wrote that the administration’s proposed replacement “neglects established science” by “failing to acknowledge watershed systems,” The New York Times reported at the time. The board also said it found “no scientific justification” for denying protections to certain bodies of water.

The board’s comments will likely prove useful to environmental groups and the attorneys general of several states, who are expected to sue to block the new rule, The New York Times reported.

“The legal standing all has to do with whether you have a rational basis for what you’re doing,” Parenteau told The New York Times. “And when you have experts saying you’re not adhering to the science, that’s not rational, it’s arbitrary.”

The rule is also already being challenged by Public Employees for Environmental Responsibility, which has called for an investigation into how it was finalized, E&E News reported Monday.

“The writing of the final Rule was controlled solely by [EPA] Headquarters political appointees,” the complaint, signed by 44 current and former EPA employees, said. “The final Rule contradicts the overwhelming scientific consensus on the connectivity of wetlands and waters, and the impacts that ephemeral streams and so-called ‘geographically isolated’ wetlands have on downstream navigable waters.”

The group filed the complaint with the EPA’s Office of Inspector General and asked it to determine if the rule violated the agency’s Scientific Integrity Policy.

The final rule is due to be announced in Dallas, Texas today by EPA and U.S. Army Corps of Engineers officials, as well as Texas Republican Representatives Louie Gohmert and Ron Wright, Courthouse News Service reported.