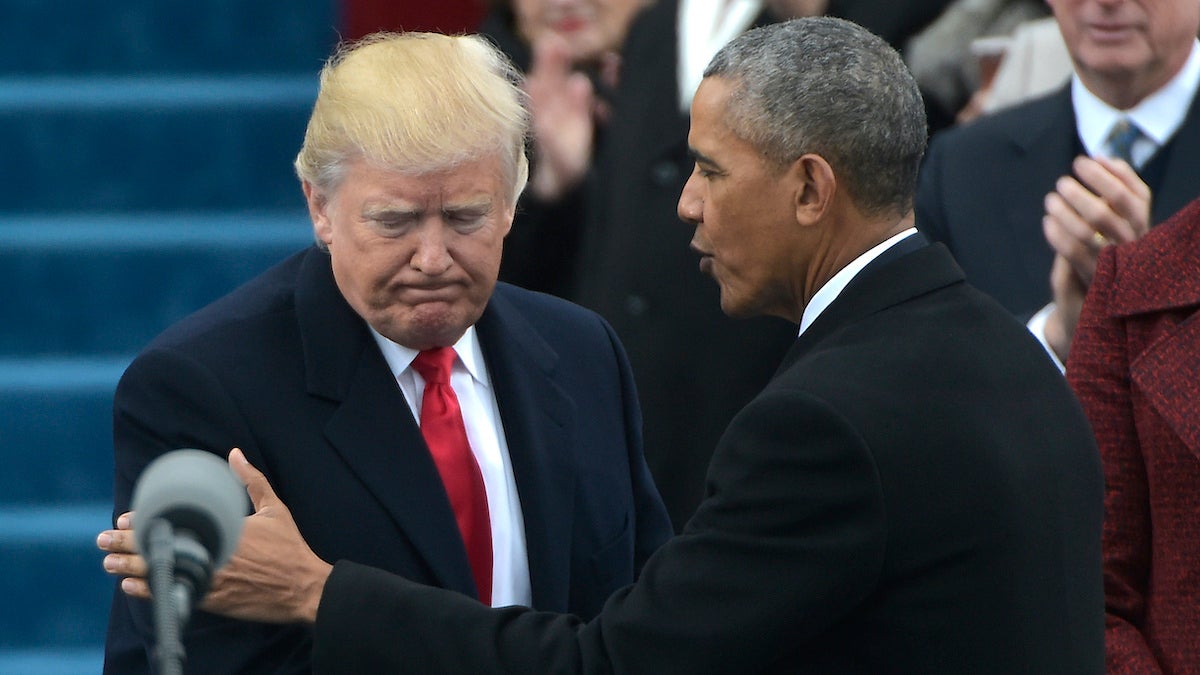 President Barack Obama greets President-elect Donald Trump as he arrives on the platform at the U.S. Capitol in Washington, DC, on Jan. 20, 2017, before his swearing-in ceremony. MANDEL NGAN / AFP via Getty Images

In a move that seems particularly cruel in the midst of the growing coronavirus pandemic, the Trump administration asked the Supreme Court to invalidate the Affordable Care Act, or Obamacare, on Thursday, as CNN reported.

If the move is successful, it would wipe out the landmark legislation that provided health insurance for 23 million Americans that would be otherwise unable to afford it, according to The New York Times.

The Trump administration snuck in the request literally at the eleventh hour, filing an 82-page brief with the court just one hour before the midnight deadline. The brief sides with Republican officials in Texas and 17 other states who claim that the 2017 move by a Republican-controlled Congress to zero out the tax penalty for not having insurance has made the law unconstitutional, as The New York Times reported.

The filing made no mention of the coronavirus pandemic. It also came on the same day the government reported that close to half a million people who lost their health insurance amid the economic shutdown to slow the spread of COVID-19 have gotten coverage through HealthCare.gov, as The Associated Press reported.

According to the Thursday report from the Centers for Medicare and Medicaid Services, 487,000 Americans took advantage of the special enrollment period on HealthCare.gov after losing their healthcare plans. The numbers mark a 46 percent increase from enrollments in April and May 2019, as The Washington Post reported.

If the health insurance requirement is invalidated, “then it necessarily follows that the rest of the ACA must also fall,” Solicitor General Noel Francisco wrote Thursday, according to The Associated Press.

The administration has taken various stances on which parts of the ACA might be kept, replaced or discarded. However, The Associated Press noted that it has been always determined to overturn provisions that stop insurance companies from discriminating against people because of preexisting conditions.

Presidential candidate Joe Biden, who would like to see an expansion of the Affordable Care Act, pointed out that some COVID-19 survivors could lose their comprehensive healthcare coverage if the act was overturned.

“Those survivors, having struggled and won the fight of their lives, would have their peace of mind stolen away at the moment they need it most,” Biden said, as The Washington Post reported. “They would live their lives caught in a vise between Donald Trump’s twin legacies: his failure to protect the American people from the coronavirus, and his heartless crusade to take health-care protections away from American families.”

The justices will not hear the case until next term, though it is unclear if they will hear them prior to the November election. It will be the third time the court has heard a significant challenge to the law. The case places a group of Democratic attorneys general led by California and the House of Representatives, which are defending the law, against the Trump administration and a group of red-state attorneys general led by Texas, as CNN reported.

“Now is not the time to rip away our best tool to address very real and very deadly health disparities in our communities,” Attorney General Xavier Becerra of California said in a statement on Thursday, as The New York Times reported. “This fight comes at the most crucial time. The death toll from the coronavirus today is greater than the death toll of the Vietnam War.”

“President Trump and the Republicans’ campaign to rip away the protections and benefits of the Affordable Care Act in the middle of the coronavirus crisis is an act of unfathomable cruelty,” she said in a statement Thursday, as CNN reported. 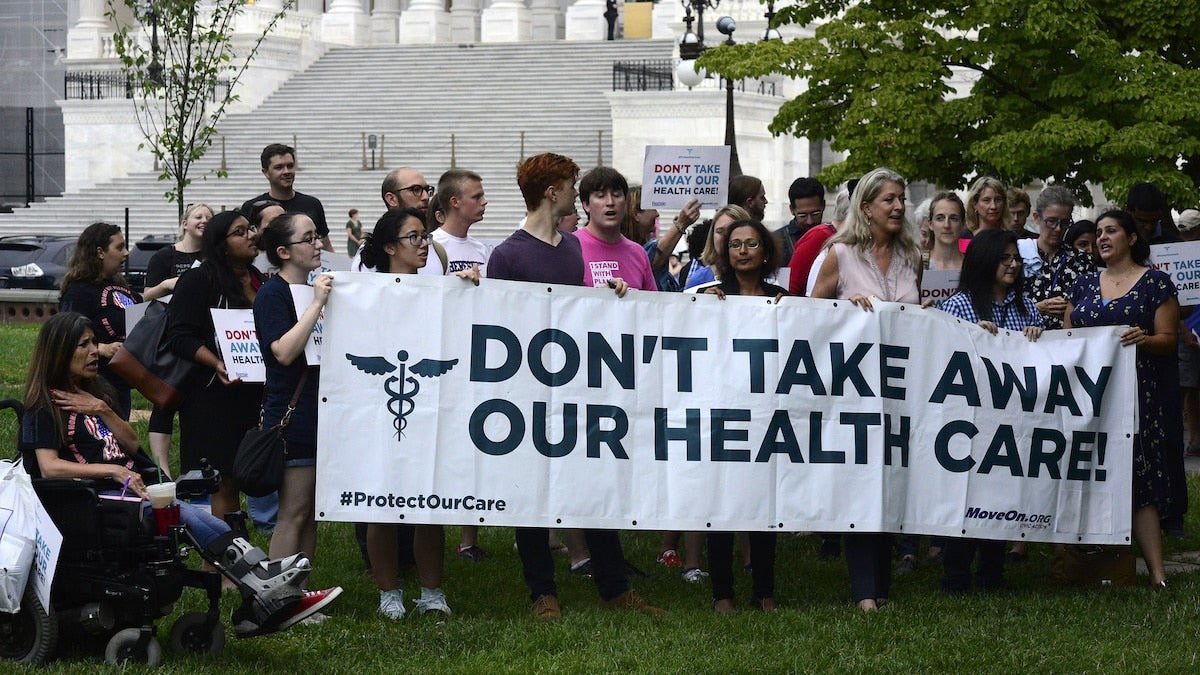 Around 250 healthcare justice activists and supporters rallied with speeches on the U.S. Capitol grounds to protest the impending Senate vote to repeal and replace the Affordable Care Act on July 27, 2017 in Washington, DC. The ACA repeal would fail by a vote of 49-51. Republicans John McCain, Susan Collins and Lisa Murkowski joined with all of the Senate Democrats to defeat the measure, preserving Obamacare. Stephen Melkisethian / Flickr