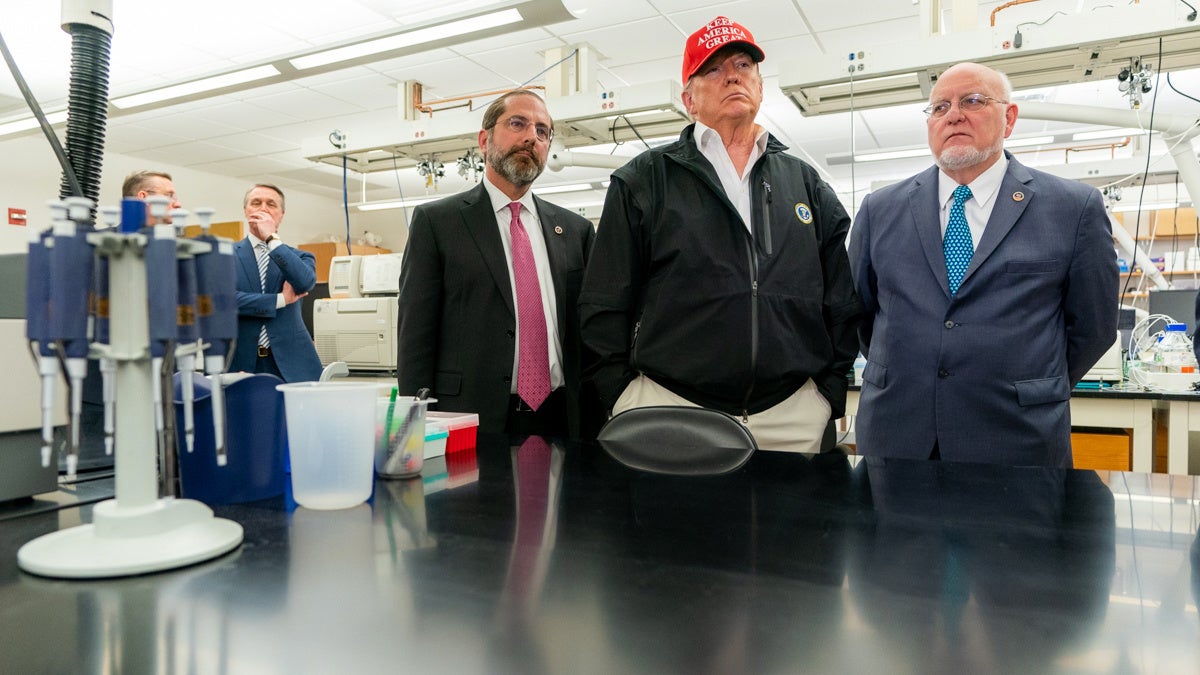 Public health experts are warning that coronavirus statistics will soon be newly vulnerable to political manipulation after the Trump administration ordered hospitals to send Covid-19 patient data directly to a Department of Health and Human Services system rather than the Centers for Disease Control and Prevention, which usually receives the information and releases it to the public.

The New York Times reported Tuesday that the HHS database now positioned to collect daily Covid-19 information from hospitals “is not open to the public, which could affect the work of scores of researchers, modelers, and health officials who rely on CDC data to make projections and crucial decisions.”

“Health and Human Services said that going forward, hospitals should report detailed information on a daily basis directly to the new centralized system, which is managed by TeleTracking, a health data firm with headquarters in Pittsburgh,” the Times noted.

The administration’s new directive came in the form of a document quietly posted online last week by HHS, an agency headed by former pharmaceutical executive and Trump appointee Alex Azar.

“As of July 15, 2020, hospitals should no longer report the Covid-19 information in this document to the National Healthcare Safety Network site,” the directive states, referring to the CDC’s data-gathering system.

Dr. Nicole Lurie, who served in former President Barack Obama’s HHS, told the Times that “centralizing control of all data under the umbrella of an inherently political apparatus is dangerous and breeds distrust.”

“It appears to cut off the ability of agencies like CDC to do its basic job,” said Lurie.

HHS spokesperson Michael Caputo confirmed in a statement to NBC News that the CDC will “no longer control” coronavirus data collection but said the agency will still participate in the process.

Trump has been insistently announcing for weeks he wants to cover up the scale of the epidemic by slowing down testing. https://t.co/ygxrMmbY9H

While administration officials portrayed the order as part of an attempt to streamline data-collection efforts, health experts were alarmed by the move given President Donald Trump’s public attacks on the CDC and his complaints about how the recent surge in coronavirus cases “makes us look bad.”

“Speechless—Trump White House is now muzzling, bypassing, and kneecapping the CDC,” tweeted epidemiologist Dr. Eric Feigl-Ding. “No other ways to spin this.”

Dr. Leana Wen, a visiting professor at the Milken Institute School of Public Health at George Washington University, said in an interview on MSNBC late Tuesday that the decision to cut the CDC off from crucial Covid-19 patient data could undermine the U.S. response to the pandemic as infections surge across the nation.

“The CDC is supposed to analyze the data coming from different regions of the country,” said Wen. “I’m really deeply concerned about what we’ve seen with the attacks on science and public health in recent days, because public health hinges on public trust. And when politicians—including the top public official, the elected official of our country, President Trump—start attacking public health, it really undermines of all of local, state, and federal response to this pandemic.”

While many governments suppress the virus, the U.S. suppresses information about the virus. https://t.co/Ai6tyW8zIP

The administration’s order came just hours after four former CDC directors wrote in a Washington Post op-ed Tuesday that “no president ever politicized [the CDC’s] science the way Trump has.”

“Trying to fight this pandemic while subverting scientific expertise is like fighting blindfolded,” wrote Tom Frieden, Jeffrey Koplan, David Satcher, and Richard Besser. “It is not too late to give the CDC its proper role in guiding this response. But the clock is ticking.”

In a column for Esquire Tuesday, Charles Pierce urged hospitals to ignore the Trump administration’s directive and “send the data to the CDC anyway.”