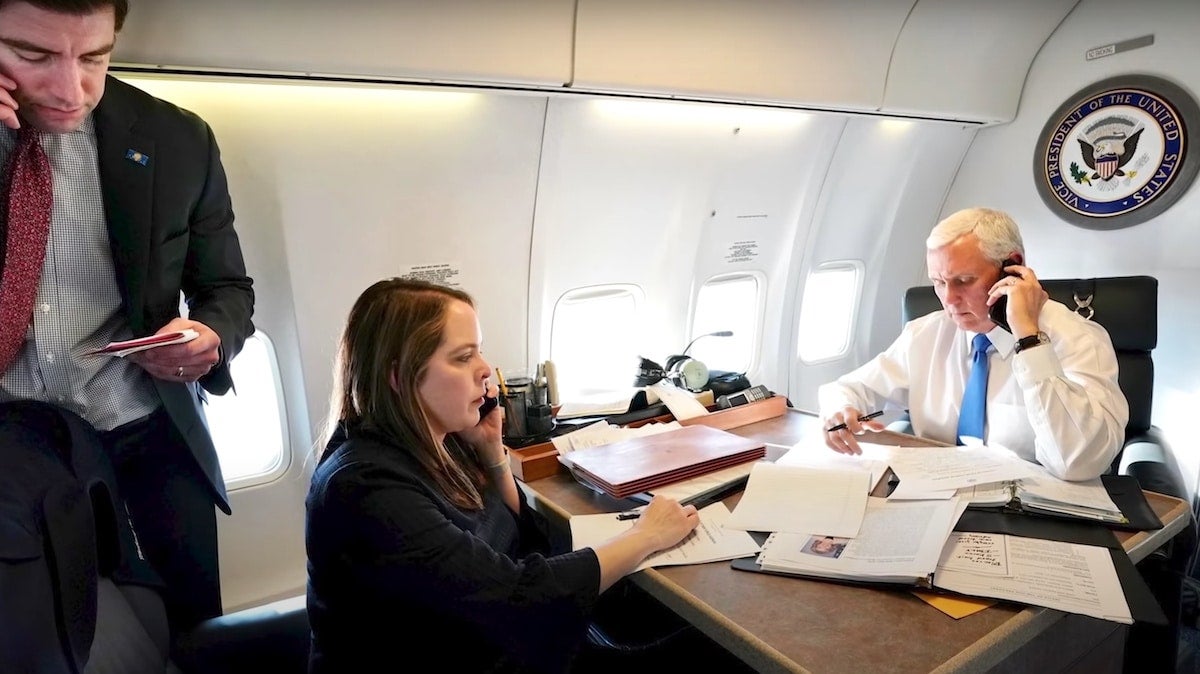 Yet another former Trump administration staffer has come out with an endorsement for former Vice President Joe Biden, this time in response to President Donald Trump‘s handling of the coronavirus pandemic.

In an ad released by Republican Voters Against Trump (RVAT) Thursday, a former homeland security advisor to Vice President Mike Pence, as well as his top aide on the White House coronavirus task force, accused the president of caring more about his chances of reelection than the pandemic.

“Towards the middle of February, we knew it wasn’t a matter of if Covid would become a big pandemic here, it was a matter of when,” the aide, Olivia Troye, said in the video, as CNN reported. “But the President didn’t want to hear that, because his biggest concern was that we were in an election year, and how was this going to affect what he considered to be his record of success?”

NEW AD: @OliviaTroye was @VP's lead staffer on COVID-19. She put her heart & soul into the job.

After a while she couldn't look herself in the mirror because no matter what she did, the President would undermine it and make Americans less safe.

Troye also said she witnessed Trump dismiss the severity of the new disease.

“It was shocking to see the president saying that the virus was a hoax, saying that everything’s OK when we know that it’s not,” Troye said. “The truth is, he doesn’t actually care about anyone else but himself.”

Troye’s video comes about a week after the release of tapes in which Trump acknowledged to journalist Bob Woodward that he did in fact understand the severity of the virus, but downplayed the risks to the public in order to prevent panic. The disease has now sickened more than 6.6 million Americans and killed almost 200,000, according to Friday morning figures from Johns Hopkins University.

In another shocking revelation, Troye recalled an extremely callous remark Trump had made about the new disease.

“Maybe this Covid thing’s a good thing,” Troye claimed the president said during a meeting. “I don’t like shaking hands with people. I don’t have to shake hands with these disgusting people.”

Troye continued by reflecting that “those disgusting people” were the same people who supported the president and who he claimed to care about, as CBS News reported.

“If the president had taken this virus seriously, or if he had actually made an effort to tell how serious it was, he would have slowed the virus spread, he would have saved lives,” Troye said.

The White House responded by saying that Troye, who left the administration in late July, was merely lashing out at her former employers.

“I haven’t read her comments in any detail, but it reads to me like one more disgruntled employee who’s left the White House and now has decided to play politics during an election year,” Pence told reporters, as CNN reported. “I think my staff has indicated that she made no comments like that when she was serving on our team here at the White House coronavirus task force.”

White House spokesperson Judd Deere said that Troye never attended private meetings with the president and that her statements were inaccurate, as CBS News reported. And White House Press Secretary Kayleigh McEnany tweeted a letter Troye sent to the coronavirus task force upon her departure in which she praised its members for their efforts.

Interesting departure letter from a disgruntled former detailee who typically sat in the overflow room of task force.

LESS THAN 2 months ago: "I have witnessed first hand how dedicated and committed all of you have been to doing the right thing.” ⬇️ pic.twitter.com/WcCvECK0G4

However, POLITICO pointed out that the letter was addressed to the task force and did not mention Trump, while Troye’s video criticized Trump specifically. In the ad, Troye maintained that serving on the task force was the “honor of a lifetime,” but she felt her efforts were undermined by Trump’s decisions.

“I put my heart and soul into this role every single day,” she said in the ad, as POLITICO reported. “But at some points I would come home at night, I would look myself in the mirror and say, are you really making a difference? Because no matter how hard you work or what you do, the president is going to do something detrimental to keeping Americans safe.”